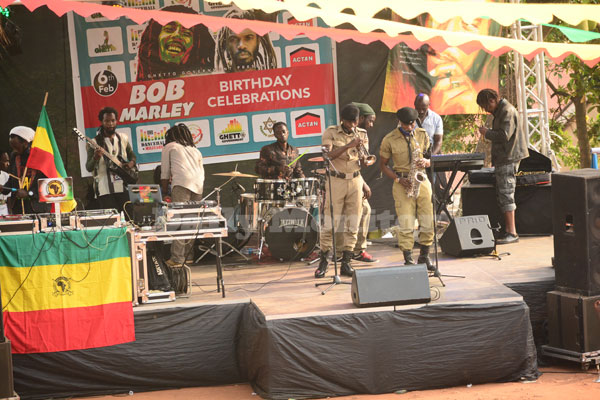 Entertainers perform at the event.

The event was characterised by a number of activities, including artiste performances, rastafarian celebrations and danceing.

A stage was erected in Buchaman’s compound and his Government Band was available on the scene to offer backup to every artiste who stepped on stage to perform.

A huge backdrop with Bob Marley’s picture was mounted at the back of the stage with wordings ‘Bob Marley’s birthday celebrations’.

Throughout the day, Bob Marley’s songs were played as most ghetto youth, as they are commonly known, sat in different corners puffing away on substances only known to them.

Performances kicked off at 2pm with a number of unknown artistes, followed by a police band, which impressed with their display of instruments.

Immediately they were done, former Gagamelian, Denzol, stepped on stage and was closely followed by Buchaman, who received a thunderous cheers from his supporters in the audience. He performed “Lwaki Temumatila”, “Kyakula Sada” and “BanaKampala”, among others.

Just when we thought the event was done, Jose Chameleone joined Buchaman to perform some of Bob Marley’s songs including “One Love” and “No Woman No Cry”. They were later joined by Melody as the crowd waved Jamaica and Uganda flags. 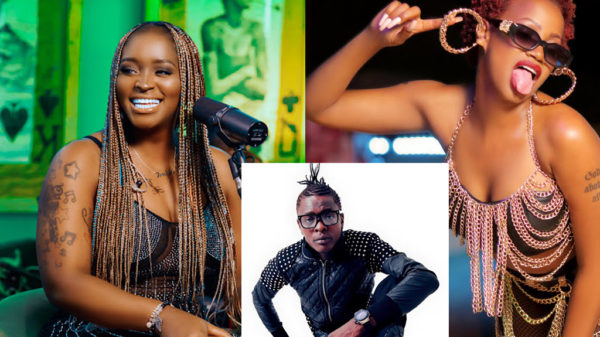 Several artistes have been listed to thrill fans at a music concert organized to celebrate Uganda’s culture and gift of nature this Friday. The... 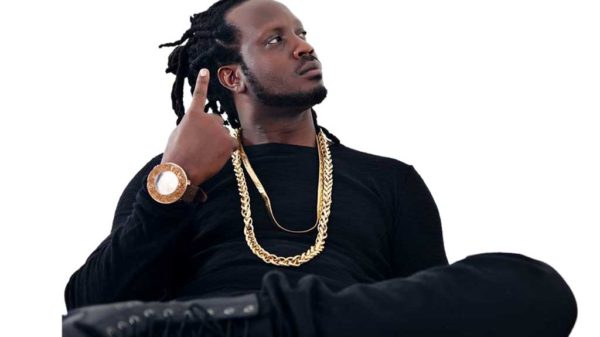 I still need you around – Bebe Cool tells Chameleone

With quite a number of artistes embracing politics, there has been worry that Chameleone was also on the verge of giving up, only to... 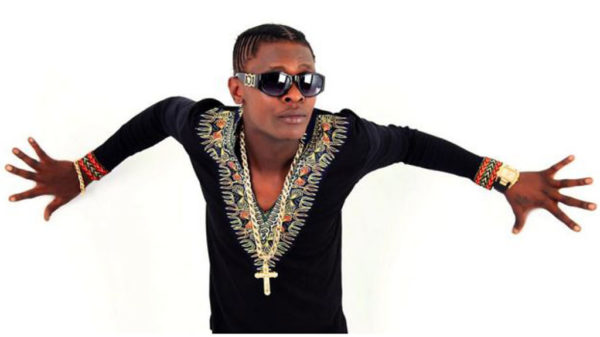 As Uganda celebrated her Independence Day last Saturday, music enthusiasts were eagerly waiting for Chameleone’s ‘I am Joseph’ album which he had promised to...

Musician Joseph Mayanja known by his stage name as Jose Chameleone has pleaded with his counterpart Omulangira Ssuuna to free TV presenters who...