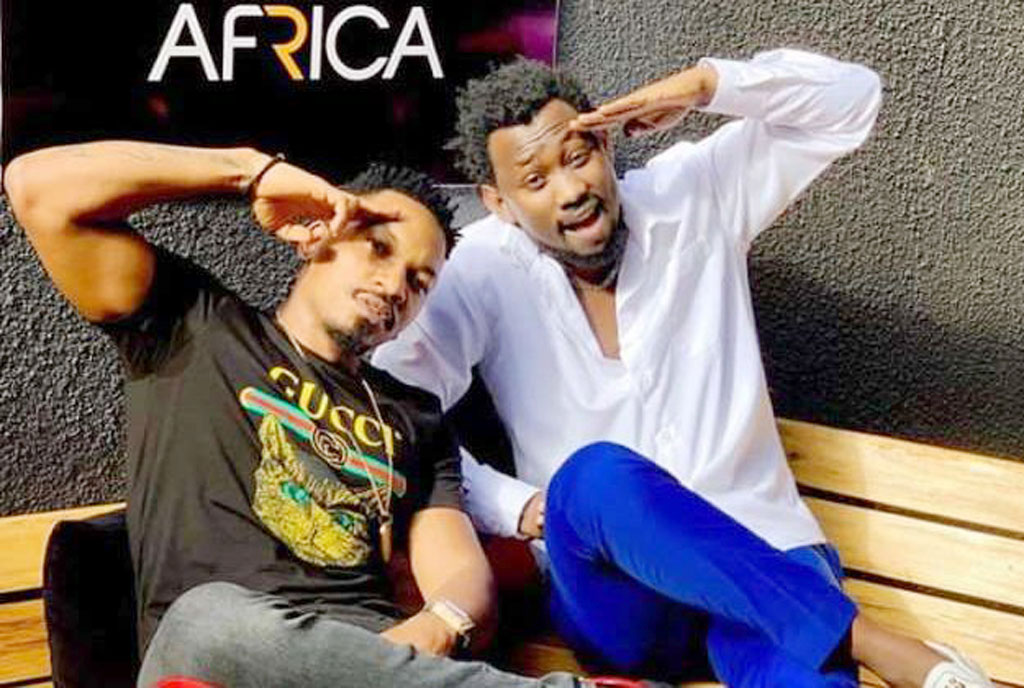 The two artistes were known as nemesis when they had started their music careers but when they buried the hutched, they decided to do a truck together. Their first collaboration ‘Brekette’ wasn’t received very well like this one.

The audio was released last year and elicited massive reaction as fans congratulated the two for doing a good job in preaching peace, unity, and love especially as the country prepares for the 2021 general election.

‘Give Me Love’ addresses police brutality and the importance of living together as one people.

The audio dropped shortly after the riot which got Ugandan police under the spotlight for attacking opposition supporters following the arrest of NUP presidential candidate Bobi Wine.

It was produced by producer Nessim Pan Production and the visuals were shot and directed by Jah Live.”As artists, we always get to advocate for Peace and Love and that is why we have decided to come