It’s a baby girl for Seanice For those who don’t know Seanice, she’s can best be described as a workaholic because 32 hours to her delivery time, she was still working. And yesterday, she had a normal delivery, two years and days after the birth her first born.

Seanice gave birth to Folasade and her joy on social media can’t go without being noticed.

“Folasade came into the world- yes the joy is indescribable …the emotion euphoric. Etc
It was though, following 32 hours of labour (wonderful eh! ) during the 32 hours of labour – I did what anyone who knows me well enough would expect me to- I worked! Made calls, took calls. Sent emails, studied a bit of the course I’m undertaking – you know the usual.. My husband was right there with me – joking and laughing (until things got too intense to laugh and push at the same time),” she wrote.

She went ahead and advised people who have just had babies to love their little one with everything they have got but to not lose themselves in the process.

Seanice, a prominent businesswoman and former radio presenter further said that despite the fact that they (her and the husband, the former “Jacobs Cross” actor) had planned so much for their children, they are very aware of the fact that they aren’t their kids. “They will have their own lives, make their own mistakes and through it all have our unconditional love,” she concluded. 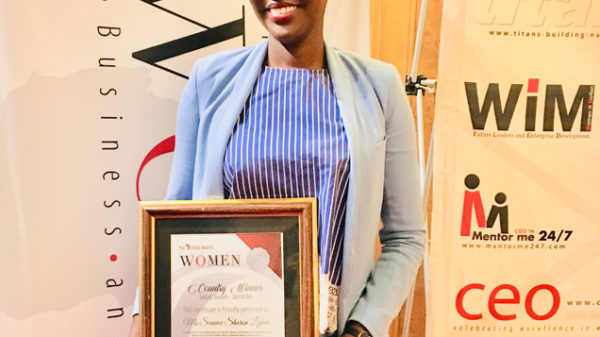