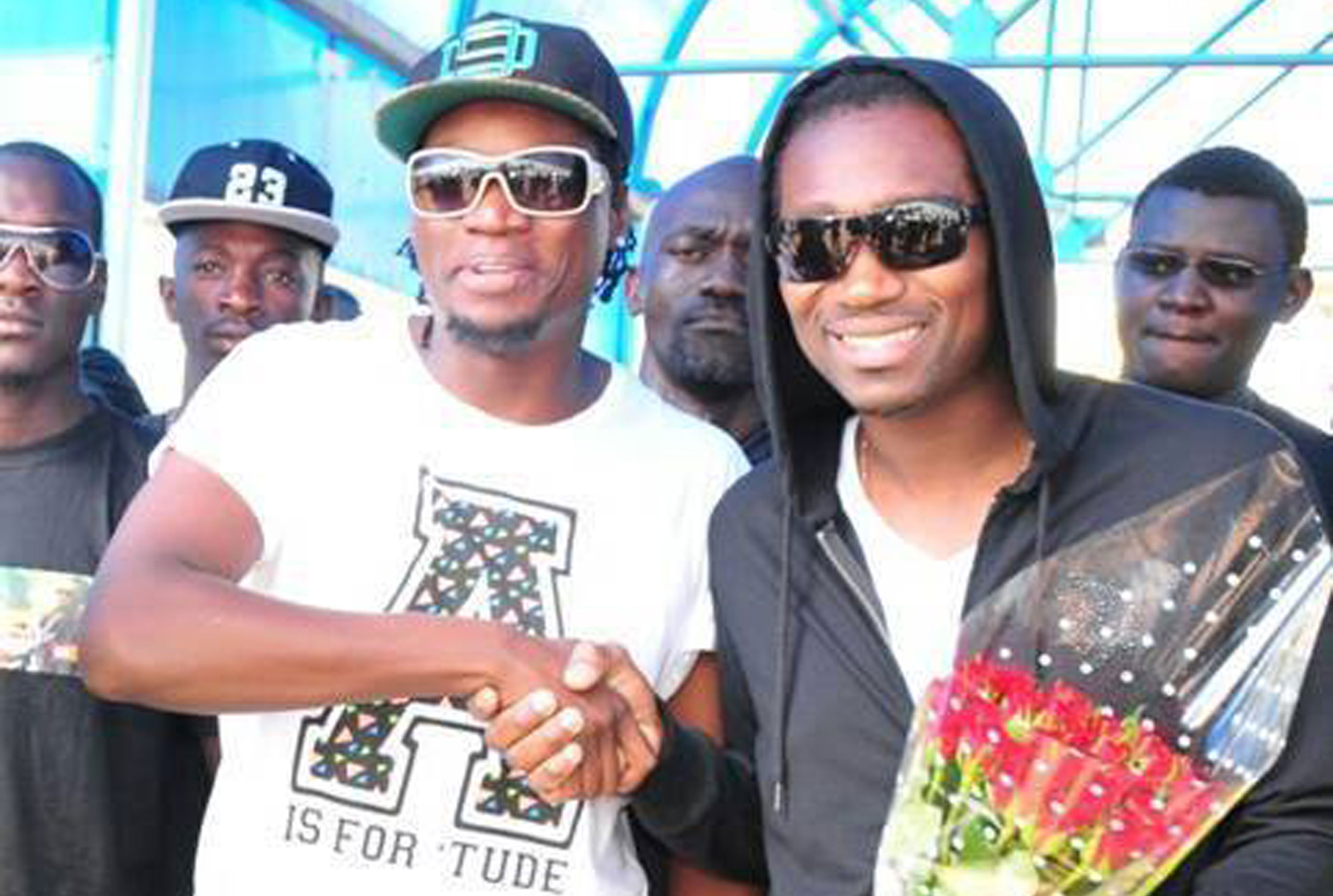 The name Michael Benjamin Owori might not ring a very clear bell to so many people’s ears, but we are sure the name Bush Baby does. And yes, Bush Baby is no longer single nor searching. And for that, we would like to extend our heartfelt sympathies to all the ladies out there that have been dreaming of having anything romantic with the Urban TV station manager.

Our job is to tell the story. It all started five years ago while Bush Baby was on a Zanzibar-bound flight and saw a beautiful air hostess who swept him of his feet and the rest is history. Her name is Sandra Drajo and she is a former employee of the suspended Air Uganda.
Bush Baby and Sandra have been together since then and the two even sired a baby boy whom they named Tau Qwober. However, sometime last year, during an interview in one of the dailies, Bush Baby made a public outcry for men out there to help him with ideas on how to propose to his fiancé. Well, seems a few men came to Bush Baby’s rescue as he finally found the right tricks to propose to the mother of his son. As a result, Bush Baby was formally introduced to Sandra’s parents in Arua at the weekend, albeit at a low key event.
Bush Baby is believed to have travelled to Arua with a few friends, relatives and workmates and he indeed won Sandra’s parents’ blessings. As you read this, Bush Baby and Sandra are now traditionally married, but they promised to hold a mega church ceremony in a few months. Congs.