Tabu-Flo: Telling their stories through dance These dancers have mastered the art of telling story telling with productions like Legend of a Night Dancer and their latest Kalabanda The Skeleton. Christine Wanjiru Wanjala, talked to them.

They are the most celebrated dance crew out of Uganda with more international gigs than your average artiste. Friday through Sunday they are staging their latest production, Kalabanda The Skeletoh at the National Theatre. We catch up with the group members, 24-year-old Viccy Namuyomba aka Viccy, Rozemarie Atim, 21-year-old Faizal Ddamba aka Mostricks, 24-year-old Phillip Buyi aka Pheel, 27-year-old Abdul Muyingo Kinyenya aka Abdanger, 25-year-old Alex Mwesigwa aka LexT, 29-year-old Hakeem Zziwa aka Da Hak, 26-year-old Gavin Atuhaire aka Gv9* and 24-year-old Edward Isingoma aka Eddie Cool.

So what is Tabu-Flo?
Da Hak: It is a dance company. We came from the Breakdance Project. We registered it as a company in 2010 because we wanted to work a little different from other crews, by having a serious approach to dance. We laid out a constitution and rules. This actually helped us in the area of international travel. As we are a company based in Uganda, we could easily get visas to different countries. We were five to begin with but now Tabu-Flo has eight to 10 members. The girls Viccy and Rozemarie also have a crew of their own under the same name so as much as they are members of Tabu-Flo, they are also their own crew. That explains why Tabu-Flo has eight members and other times 10. When we have a production we work with other crews.

What do the words Tabu-Flo mean exactly?
Da Hak: We wanted to have a native sense in the name of our group so we picked the word Tabu (Luganda and Swahili for chaos ).Then we added Flo which is a contraction of the word flow, to create the full name. So Tabu-Flo means chaos that also flows more or less.

Why dance to tell stories?
Da Hak: This is where we are able to express ourselves. We show that there is more to dancing than just doing it for fun.

You tend to perform to an expatriate audience and have had many opportunities to perform abroad. Is it because you tailor your productions to appeal to this group?
Abdanger: No, the stories we do relate with Ugandan society. We get themes we know a big percentage of the Ugandan audience would be interested in. 70 per cent of our productions are stories Ugandans know but have not seen visualised on stage. We mix in local dances in our productions. True, some people may not be familiar with our style but when they come, they understand our message, as opposed to contemporary dances, which many Ugandans are still trying to understand.

Do you think Ugandans understand your work?
Da Hak: We make it clear.

Pheel: I think the reason why Ugandans appear not to understand our work is because they like stuff from the west and at times forget to support their own art. The expatriates on the other hand are looking out for local talent.

How rewarding has it been for you to be members of a dance crew?
Da Hak: It has been quite an experience, we have been recognised through some articles in some major newspapers and magazines around the world, The Guardian and Economist for example. That is something that a lot of Ugandan performers have not gotten and especially for something positive. We were nominated for the 2012 Young Achievers awards, which was a first for a dance crew. Our members Viccy and Rozemarie were nominated for the Club Music Video Awards (CVMAs) for the choreography in Navio’s Kata (they won the award).

LexT: As a crew we have seen our contribution to the industry. If I may say so myself, we have inspired new styles. We have seen crews, even though they may not admit it, attempt to ape us.

Does dance as an occupation pay?
Da Hak: One of the reasons we registered Tabu-Flo as a company was to ensure that we got paid for doing something we have a passion for. We have worked on various projects and whatever we get we split.

Viccy: We earn from dancing but we also do other things to supplement our income but also because we believe a dancer can also do other things, and pursue other dreams as an individual. I am an auditor at Ernst and Young. I was already in school when I joined the crew, but I had to finish school and of course make use of the knowledge I acquired. I never wanted anyone to say a dancer cannot be an auditor or an auditor cannot be a dancer.

(In fact the whole crew has day jobs. Abdanger is a photographer, LexT a music producer/rapper, Mostricks is an employee of the Box (an events company) and is a music editor, Pheel is an actor and the fashion designer behind Kkolo Design House, Da Hak is a photographer, Eddie Cool is the project manager for AND (Attacked Not Defeated) International, a UK based NGO and Gv9* is a visual artist with the Kyuka Youth Project.)

Season of the Night Dancer was your last production two years ago, now you are bringing us Kalabanda the Skeletor. What is it with the crew and dark stories?
Abdanger: You have seen how popular vampire movies are all over the world, those are western countries ghost stories that they have exported and we have imported. We can also package some of the popular legends, our ghost stories are things many Ugandans talk about all the time. As Tabu-Flo we are bringing them alive and hoping to export Ugandan ghost stories.

How long has it taken you to put together the latest production Kalabanda?
Pheel: It is one of those projects that come out from the blue. We wanted to re do the production we did for Uganda at 50 but at the same time we were looking for ideas out of the box. Then we thought about going back to school and the Kalabanda legend came up. We have developed it to a full production over two months.

Please explain Kalabanda. What is it?
Abdanger: Kalabanda is a story that takes us back to the dormitory at boarding school. Most people can relate with it because they went to boarding school at some point during their education. Kalabanda is the ghost often said to roam the corridors of the dormitories. This production will bring back what you felt like back then. You also know Kalabanda as the shoes carved out of wood.

What should people expect at the shows?
Pheel: Expect the Kalabanda to rise on stage, expect to feel the terror as if you were in school again and heard the chilling tales.

Mostricks: Fans should expect the best production you have seen for a long time. Expect to reminisce on your high school days.

Da Hak: Our fans should expect something they have not seen before. A high level of professionalism, a mix of traditional dance and breakdance. 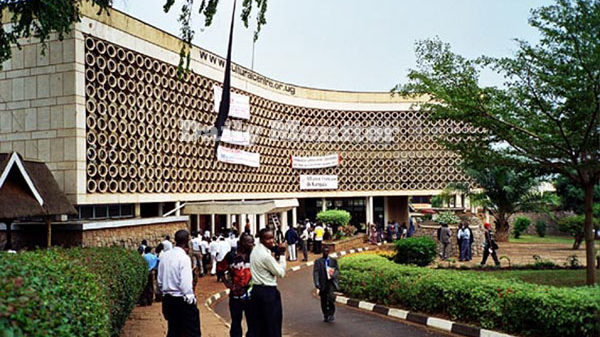 We want National Theatre back – Artistes

Artistes have for some time felt they no longer belong to the National Theatre, a place they felt entitled to since it is where... 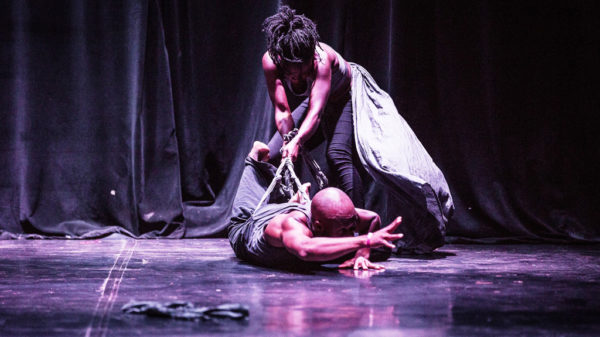 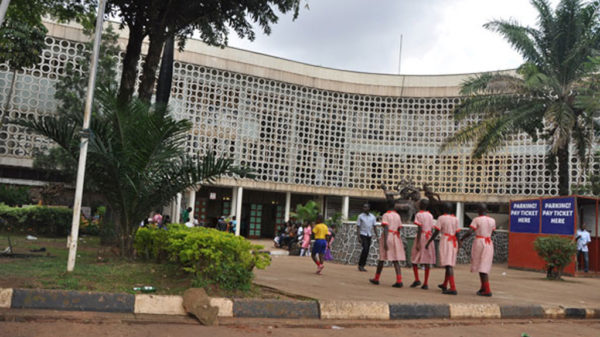 Concern. Many times festivals and shows have been forced to switch venues whenever someone in the management opts to take money from another event... 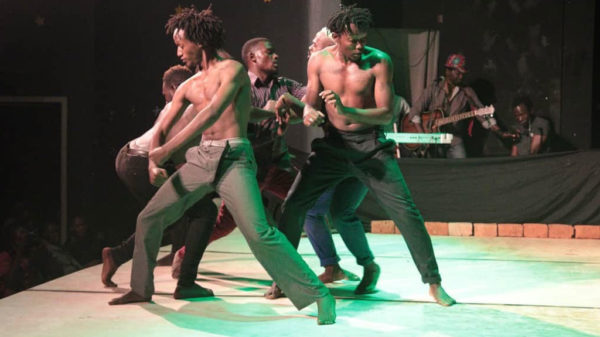 If there is one thing the local dance industry has managed to achieve over music, film and theatre, it must be the ability to...