We want National Theatre back - Artistes 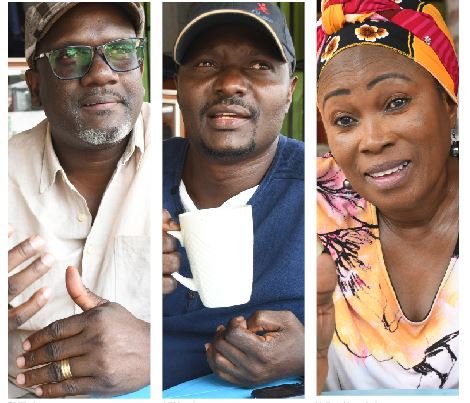 Left to right: Phillip Luswata, Ali Mutaka and Halima Namakula. Artistes say the people given management of the theatre have no clue about the arts and some think artistes are being forced into politics because they no longer have a space to express themselves. PHOTOS/MONTAGE/NMG.

Artistes have for some time felt they no longer belong to the National Theatre, a place they felt entitled to since it is where they meet, create, network and thrive as artistes. Their qualms are over the way the theatre is being managed. Lost in nostalgia, they call for the space to be managed by a fellow artiste.

Ali Mutaka – actor, visual artiste
It is my second home. I cannot spend three days without coming to the National Theatre. It is here that I met my family of fellow artistes. I have got most of my gigs from here. My wish is to have this place go back to the artistes so that we can take charge because I know they are the people with whom we have the same interests. At the moment, the top management comprises non-artistes so it becomes very difficult to do some things at or around the National Theatre.

Wilberforce Mutete – Uganda Police performing artiste
People look at the National Theatre as a building but it means a lot to me. It has made tremendous impact in my life. Many things have happened because I was at the National Theatre. I call it my second home. It is at the National Theatre that I find many people with whom I can interact purposely. I get ideas and advice from them. There are many people older than me, many people younger than me with whom we discuss. I think a theatre is a pot that cooks every other good thing for my future because if I looked at my past, the present and the future, all lies at the National Theatre. I have been a civil servant, policeman and an actor too. A theatre to me is my second home. It has built my home, it has educated my children to the level I did not reach. I have seven degrees in my house yet I don’t have even one degree. Right now the theatre is not doing anything for us. I look at that building and cry. In fact, it has made me think that there is a very big problem either in government, civil service or in the political part. The people who are failing the theatre work in government. They have almost everything but just want to kill this child, our theatre. The theatre is poorly managed. It should be given back to artistes who know the arts. 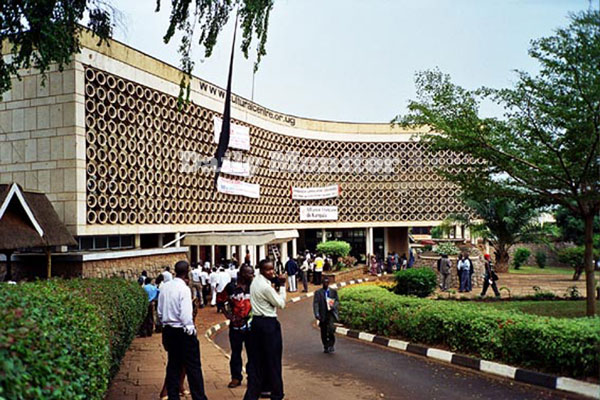 The National Theatre whose management is being questioned.

Halima Namakula – artiste, actress
Many people know me as Mitchelle from The Ebonies’ That’s Life Mwattu. I started acting before I did music. I was 15 years old when I started acting. I was with Black Pearls of Omugave Nduggwa and we had Nsabala N’omukwano, Wassajja Mu Bizinga By’ E Ssese, Galimpitawa and so many movies. As actors, the National Theatre was our home. We used to work hard in order to have our plays compete at the National Theatre. Once you reached the National Theatre, you were a star.
I won an accolade for national best actress for three consecutive years. We used to have school competitions and the students looked forward to making it here. We were given an ID that showed we were members of the National Theatre but all that is gone. They took our theatre from us. New and established artistes and actors used to meet and perform at the theatre every Monday. We need our National Theatre back, the one that we know, so that when you visit, you are recognised.

Phillip Luswata – actor, arts entrepreneur and lecturer
Theatre means life, a livelihood, expressions and a voice. The spirit of government towards art is not good. Maybe, there is a lack of understanding of how art contributes to national development. Art is not a threat but I feel like art has been as good as a threat. Space for art to thrive has not been allowed to exist. Definitely there is so much that can be done if the government realises that art is the best ally for community development and societal expression. Art is the software of a nation. Even if you have the best roads but fail to invest in the attitude of the people, then you are wasting time. So do I feel that I’m being well represented as an artiste? No!

Jack Kinobe Sserunkuuma – theatre practitioner and activist
Theatre means a lot to me. The life we live everyday is theatre itself. I started acting when I was young and when I visited the theatre as an adult, I learnt how to look at people from a different perspective, each one is a character with a role. It creates a network of people. People come to manage the theatre but they don’t understand it. They manage a building but not the theatre. Right now, we would like National Theatre to be managed by artistes. They are joining politics and going to parliament because their spaces have been encroached upon. We are cornered, just like rats in a corner. We have been thrown out of our spaces. We give us back our theatre.