He might have sworn several times that he is done with beef, but seems like there is no Bobi Wine without beef!

The One Love Beach proprietor was at it again earlier this week. Bobi made a provocative post on his Facebook wall. In the post, Bobi said that he was ready to stage a musical battle with Bebe Cool, but he said it would come with conditions!

Well, we thought Bobi’s condition to Bebe was quite belittling for a musician of Bebe’s stature.
“I’m gonna give him (Bebe) one (battle) but only on one condition, I take 85 per cent of the money made, if not, Anoonye bane … I will be elevating him coz he needs it and I don’t,” read Bobi’s post.
When contacted, Bebe told us he had never asked for a battle with Bobi. “He is not my size to battle with, besides I don’t have time to waste talking about people.

Nevertheless, for the good of music, we think Bebe-Bobi battle would be an excellent show! We should remember that last year Bobi Wine staged a musical battle with Chameleone in a concert at Kati Kati.

In this article:Bobi, Kati Kati, One Love Beach 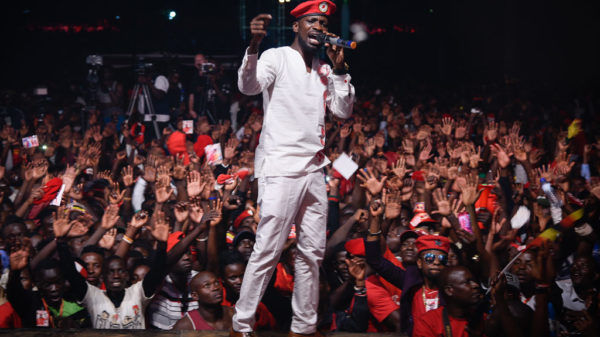 MP Bobi Wine has revealed that security forces have yet again blocked preparations for his December 26 slated concert. The concert was to take...

Bobi Wine has been the subject matter of this column three times now, so maybe we should think of giving him a tab of... 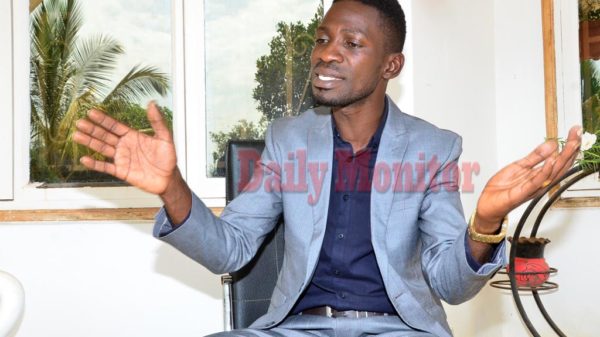 High court in Kampala has asked for written submissions in a case in which Kyaddondo East MP Robert Kyagulanyi alias Bobi Wine sued the... 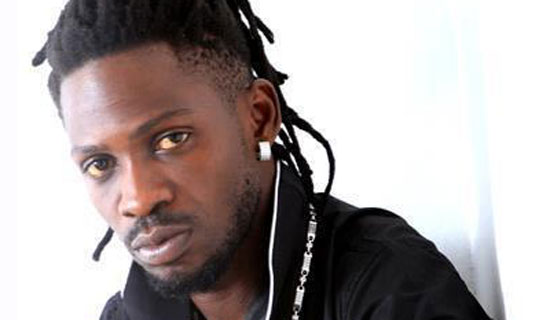 No bank is taking my beach – Bobi

“Minds, eyes and mouths off our achievements…” was the starting line of Bobi Wine’s post on Facebook earlier this week. The singer is not...