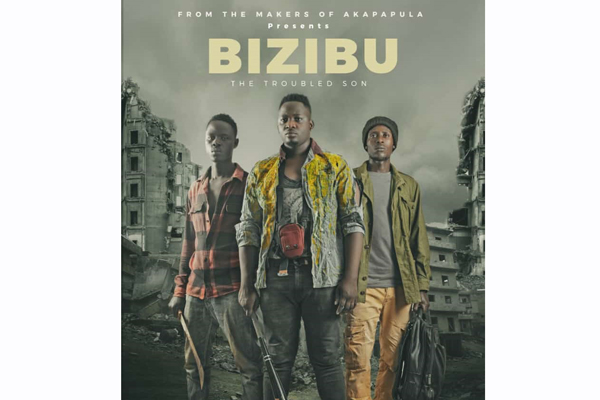 Every boy you see on the streets has a story behind his move to the city. How they end up in Kampala is both frightening and interesting but the opportunities they take on to earn a living are terrifying.  ‘Bizibu‘, a film by Cranes Film production tells it all.

The movie set to premiere on December 11, at Club Ambiance, Bukesa, brings to light the life of young boys seeking survival in Kampala.

The story is about a young man named ‘Bizibu‘, who after making trouble in the village, runs to the city to seek refuge but ends up being recruited by a dangerous gang that terrorizes the city.

Having grown up in the ghetto, Swaib Nakibinge the writer and director explains that he got his inspiration from his high criminal background.

“I intend to help law enforcers curb the high crime rates in our communities,” he said.

Besides the story, the film features a wonderful cast with actors like Umar Katende from men in suits, Hanington Wassajja from lifeless, and Rebecca Tusimire from Game of lies.