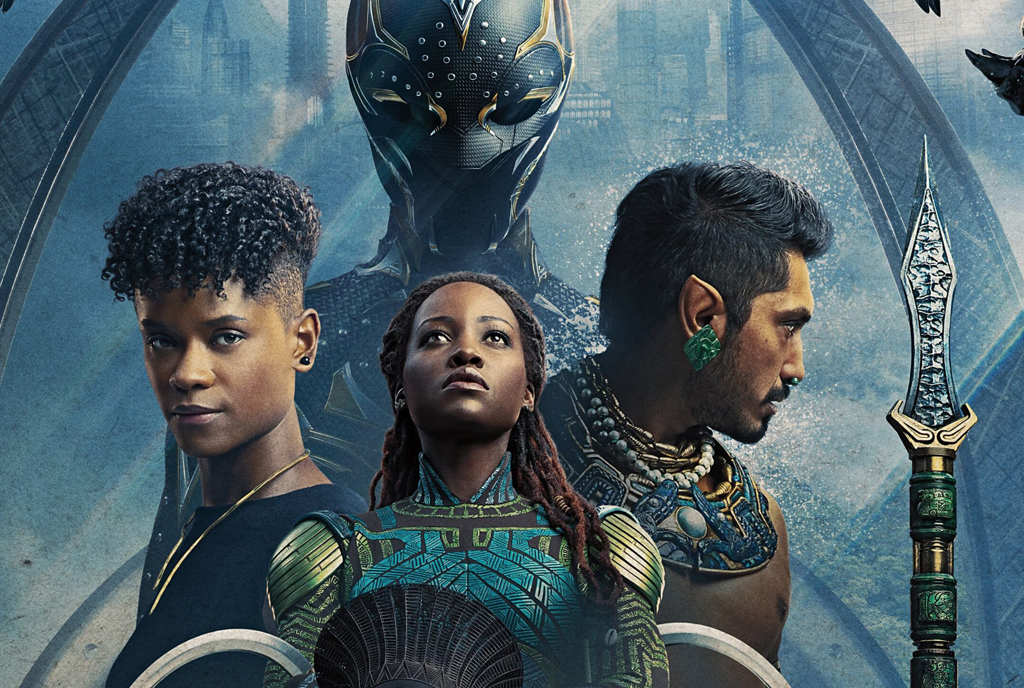 It is hard to think about Black Panther: Wakanda Forever without Chadwick Boseman coming up. His death shook many because his illness was known by only a few. Then there were questions about what his death would mean for subsequent movies. These feelings seep into the movie. Only that the collective shock and sadness is felt by the people in Wakanda over the death of their king, T’challa, the Black Panther. Since his cousin, Killmonger destroyed the heart-shaped herb (key in the creation of the Black Panther) in the first Black Panther, the nation has no protector. T’challa’s mother, Queen Ramonda (Bassett) now leads the nation while trying to fend off countries from accessing vibranium and worry about her daughter, Shuri (Wright) who has buried herself in her technology and refuses to confront her grief.

Just when we think Wakanda’s biggest threat are the countries trying to get their vibranium, we meet Namor (Huerta) and his blue-skinned people. He is also known as K’uk’ulkan, the feathered serpent god. His character is as ominous as his name as he tests Wakanda’s might. That’s the plot in a nutshell.

The movie succeeds in paying tribute to Boseman while weaving a story that shows that Wakanda has to rise beyond their grief. The costumes are as rich and vibrant as expected. The acting, especially from Wright, Bassett, Gurira, Duke and Huerta is noteworthy. Then there is the music —such a beautiful, eclectic mix. Glad to hear Rihanna’s voice without the kiduula (I’m aware that most fans prefer the kiduula…lol) and remember what beautiful vocals she has. Her and Tems are the musical duo we did not know we wanted. Only downside of the movie is that it is so long yet the storyline is heavy. While you will enjoy watching it, you will also sigh in relief when it ends because you will have exhausted your full range of emotions by then.