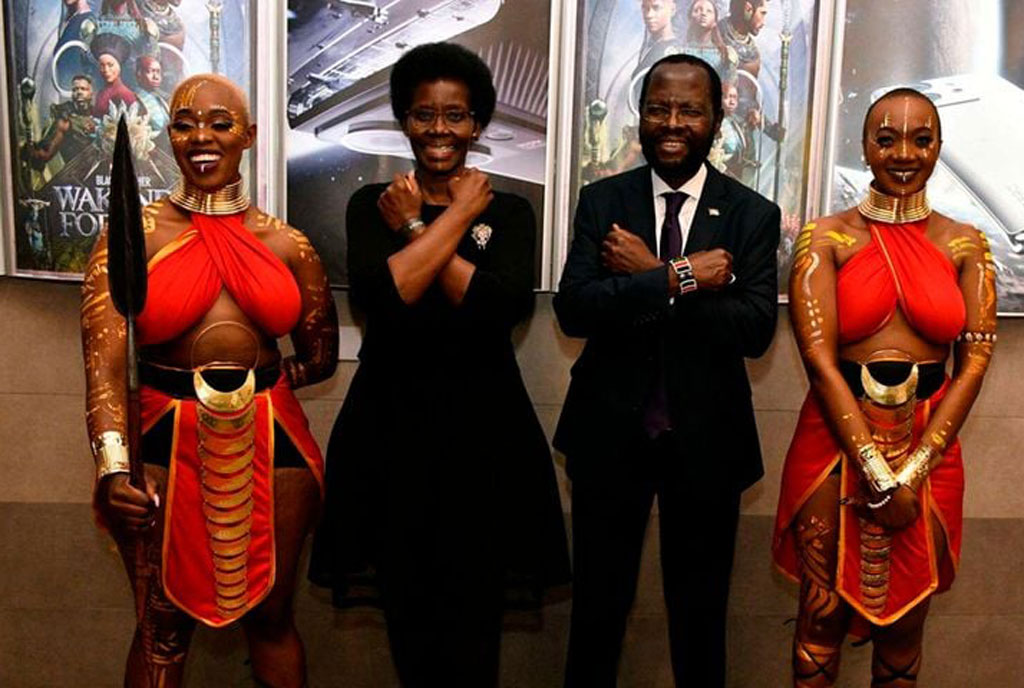 Anyang’ Nyong’o was accompanied by his wife Dorothy Nyong’o and other family members during a special red-carpet event for the new Marvel Studios film Black Panther: Wakanda Forever which was held at the Century Cinemax in Sarit Centre, Nairobi on November 9.

The premiere, organised by Mobile phone maker Infinix, attracted a large group of talent, filmmakers and the press for the red carpet rollout. The sequel to the $1.348 billion grossing original film is began playing across multiple screens in the country starting Friday.

Before the screening, Prof Nyong’o took to the stage to dance to the tunes of Kisumu-based Ohangla singer Odongo Swag’s new hit Linda.