Not even the morning rain could stop some revellers from accessing the venue as early as 10am, even though serious activities started a little bit later. 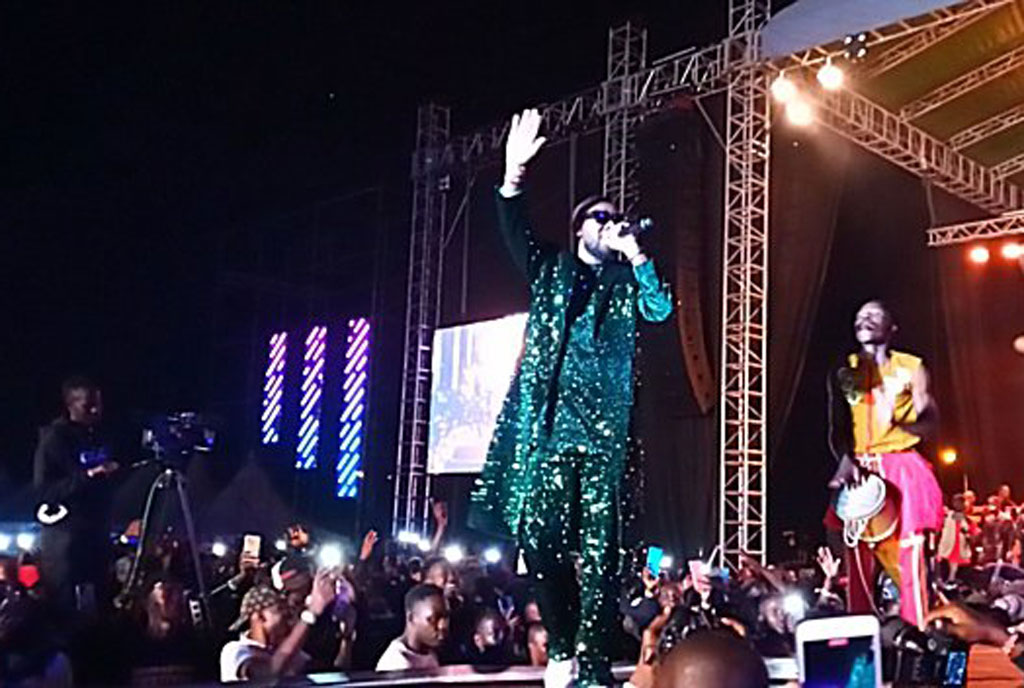 Eddy Kenzo was a marvel to watch throughout the show. PHOTO/ISAAC SSEJOMBWE

Eddy Kenzo must be proud of himself wherever he is but far from that, the Ugandan entertainment industry should treasure him. After what he did at Kololo Airstrip on Saturday, Kenzo is a gem!

With successful road to the festival shows where he traversed the country in a series of performances, the numbers at the Eddy Kenzo Festival were no surprise! The artiste was supported by media houses including Nation Media Group, which gave him good publicity. The festival also trended on social media for at least two days but most importantly, he had the endorsement of many celebrities.

Not even the morning rain could stop some revellers from accessing the venue as early as 10am, even though serious activities started a little bit later.
By 2pm, people were lining up at the entrance. Once inside, there were several activities for both adults and children. There were, however, cases of robbery in the ordinary section and some people claimed it was by people wearing Kenzo T-shirts.

Performances kicked off as early as 3pm from Fresh Kid, Felista Da Superstar, David Lutalo, among others, including little known ones. Deejays were the busiest, as they kept the audience hooked to their mixes the entire day and night. 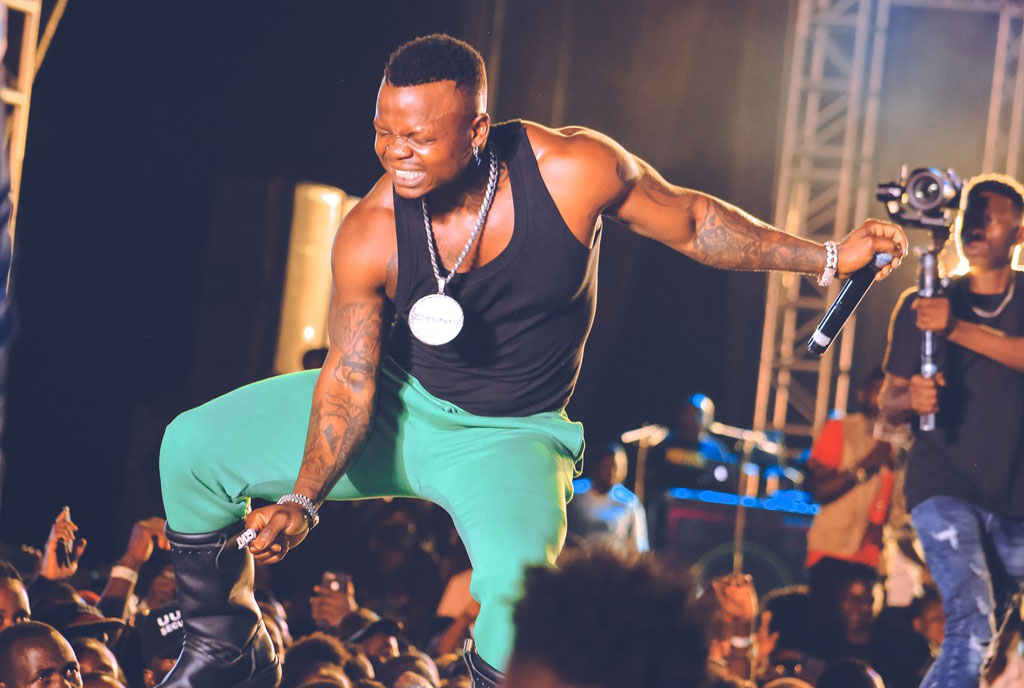 Two stages were mounted by Fenon, but the busiest was the main stage. Because the VVIP were stationed a bit far from the stage, Steve Jean and his team provided several screens for them that were relaying everything happening on stage.

At 10pm, lights were blacked out as the band took its positions on their instruments. Drummers came through and started drumming before the stage was taken over by people with fire flames.

Because the stage was congested, many in the audience did not notice Kenzo who came in a red wrapper. When he removed it, many started chanting his name.

Clad in a matching black bedazzled outfit, he kicked off his first session with Lero Nsimye, a song he did in appreciation of the love people have shown him and the blessings from God. He went on in a live session with other songs such as Dagala, Nice and Lovely and Ogenda Kunzisa. Midway through it, Chameleone joined him.

At this point, Kenzo displayed an undershirt with words endorsing Chameleone’s Gwanga Mujje concert happening next year.
When Chameleone left, the guest of honour, Prime Minister Robinah Nabbanja came on stage and started dishing out money to the audience while Kenzo and Rickman performed their collaboration song. He went on with Mbilo Mbilo, Shake Your Body, Sango with Martha Mukisa, and left the stage for Spice Diana, who performed three songs.

Zambia’s Mampi came through with three songs before Burundi’s Bruce Melody and then Pr Wilson Bugembe and Kenya’s Bahati, who was later joined by Kenzo in a different outfit to do their Baruwa song.

Karole Kasita joined in before the man of the moment excited the audience with some of the crowd’s favourites; Semyekozo, Bibawo, Tweyagala and Zivuga. It was on this song that the band switched to Stamina that Kenzo and Ronnie did the Stamina dance, to the amusement of the crowd.

Kenzo invited Matt B and together they did their billboard afro-beat chart, Give Me Love, before they left the stage for Harmonize, who was one of the best performers of the day. 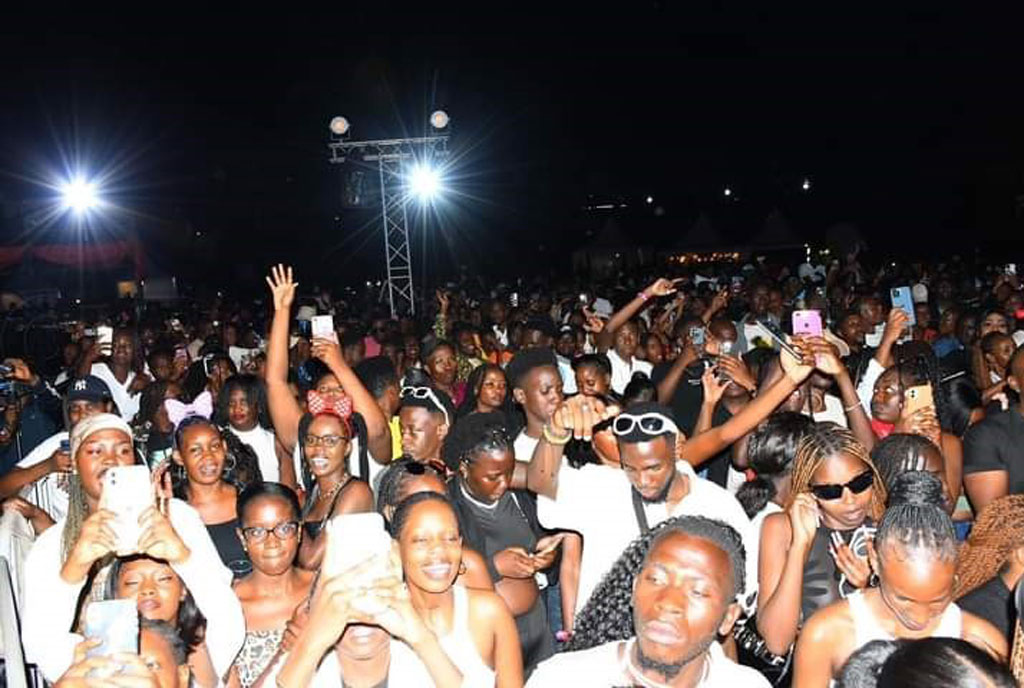 More than 15,000 people are said to have turned up. PHOTO/ISAAC SSEJJOMBWE

After five songs, Kenzo returned on stage to join Harmonize for their collaboration song. He crowned it with Sitya Loss.
When he invited the prime minister to say a few words, he requested her to allow the show go on up to 4am. She gave them upto 3am and even gave Kenzo Shs5m.