You like copying Asake, Harmonize blasts Diamond in new song 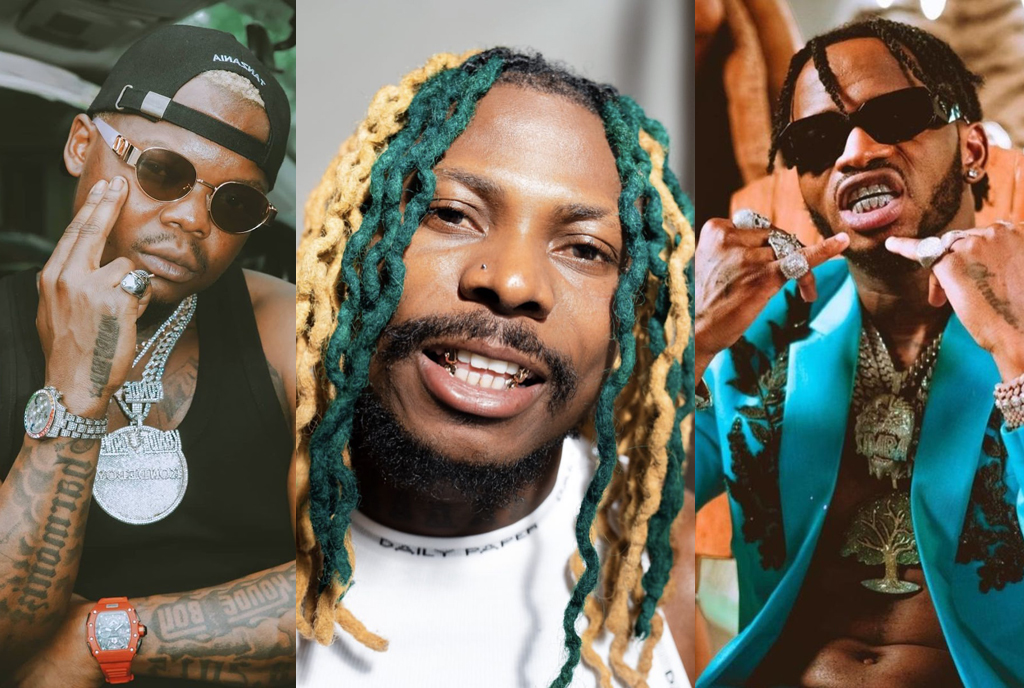 Fans of Bongo stars Diamond Platnumz and Hamonize thought the latter would stop throwing jabs at the former after Diamond ignored him, when he insulted him for having a romantic relationship with Zuchu; who is signed under his label. Konde Boy decided to cause more turmoil by attacking Platnumz yet again. He did this in a new song by rapper Kontawa on which he featured, titled ‘Champion Remix’.

In the first verse of the rap song, Harmonize talks about his humble origins, in the remote southern Tanzanian region of Mtwara. He goes ahead to diss Diamond’s “lapdogs” who he says are petty enough to pick on his actress girlfriend Kajala, who is not part of their disagreements. He then brags about the massive success he has got after leaving Wasafi.

“I do not remember asking God for money, but he gave it to me because I deserve it,” The 32-year-old, who worked as a street hawker in his first days in Dar-es-Salaam, rhymed in Swahili.

The versatile singer went ahead to throw shade at Diamond and all his team of managers,

“I broke through in front of Mkubwa (Fela) and Tale (Babu), the bald guy(Sallam SK), and the Asake of Tandale(Diamond).”

The attack against the top three Wasafi managers was received with much shock, but the harsh blow against Diamond wreaked even more havoc. It should be remembered that Mbosso, another Wasafi singer, had his song ‘Yataniua’ removed from his YouTube channel because his verse on the song, Diamond copied from Asake’s “Peace Be Unto You” hit, and Young Kabza’s Amapiano jam ‘Adiwele’. He also sounds a lot like Asake in other recent songs like “Nitongoze” featuring Rayvanny. Worse still, many believe his recent look is copied from Asake, as they have very similar hairstyles.

Unapologetic, Harmonize adds that the Tanzanian music industry can no longer be controlled by such people as it was back in the day. Konde Boy then proceeds to address the departure of various artistes from his Konde Music record label, stating that he and Ibraah who stayed, were the only ones making money for the label anyway. He insisted that Anjella who has just recently left the label was incited by his enemies to do so.

Bookended with brief saxophone solos in the intro and outro, the song follows the familiar progression of four chords, played by a rhythm piano in the four-four time signature. It is accompanied by synthesized hip-hop beats, showing its genre. The pattern is occasionally interrupted by a walking bass line. Harmonize of course found an excuse to include his signature cough in the song, and he shows off his vocal prowess with high-note ad-libs in the chorus.