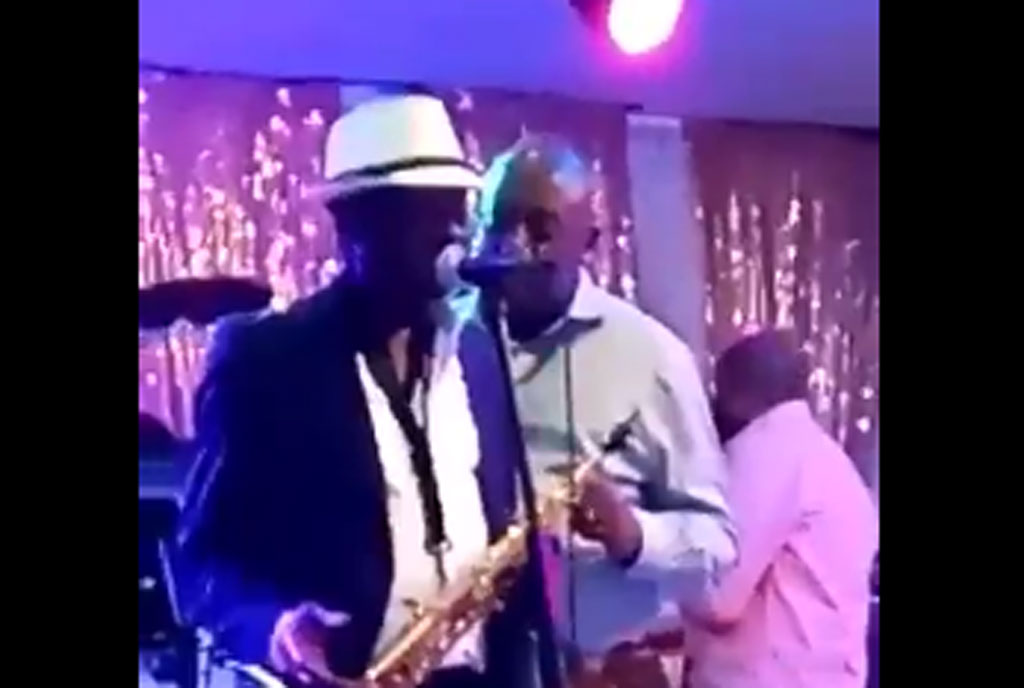 Screengrab of a video circulated on social media shows musician Moses Matovu in a long rant aimed at a Ugandan MP.

On October 28, Afrigo Band performed at Club Guvnor alongside Kabuye Ssembogga during the Friday Night Live but beyond that; clips of veteran musician and lead singer of the band, Moses Matovu, Monday circulated on social media showing him having an argument with Kalungu West Member of Parliament (MP) Joseph Ssewungu.

In the clip, Matovu is heard telling off the MP that he “cannot make decisions in music.”

Further, an irritated Matovu dared Ssewungu to “blow his trumpet on stage if he could.”

“Your Parliament is whack. You can’t make decisions here. Here- blow my trumpet if you are the one who taught me how to blow it. Are you the one who tells me how to sing? I do my things but you politicize everything. We have entertained you but you are never grateful. You keep saying we have cheated you. How?” an agitated Matovu said.

According to Matovu, some Ugandan audiences have remained ungrateful despite Afrigo’s informative music.

“We have given you educative music but you always prefer songs like gyayo ntekeyo, nfumise nyo, munda eli. We sing good songs but you don’t like them,” he ranted in a reaction witnesses say was triggered following an on-stage interruption by Ssewungu.