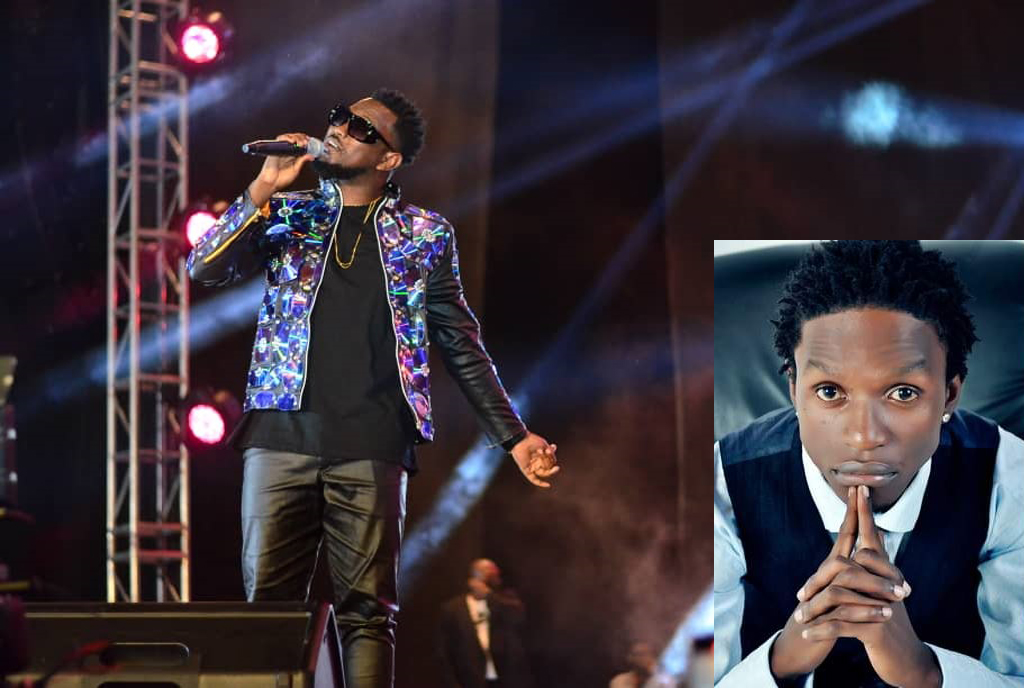 Each year, singer Levixone takes time to pay his respect to his fallen friend, brother, guardian Angel, and mentor Mac Elvis. Mac Elvis passed on in 2013 when he drowned in a swimming pool in Dar El Salaam where he had gone to perform.

At his Mbeera Concert, Levixone took time to pay respect to Mac Elvis as tears rolled down his cheeks. As someone who inspired him to do the music that he does, he performed some of Elvis’s songs like ‘Topowa’, ‘Church Boy’, ‘Oli Nange’, ‘Never’, ‘May Be’, and ‘Professional Christian’.

He then switched and did the songs that were originally composed by him. After the tribute, Levixone did songs like ‘Nonya Omu’, ‘Ani’, ‘Ponya’, ‘Jungle’, ‘Samanya’, ‘Enjoy Your Blessings’, ‘Turn The Replay’, ‘Chikibombe’, and ‘Mbeera‘.

Mbeera Concert stage, sound, and lighting were designed by Fenon Events who put up a beautiful stage with a mini stage that got him close to the fans that were in the ordinary section. The sound was impeccable as it brought out the artiste’s voice perfectly well.