DJs Roja and Slick Stuart get even better 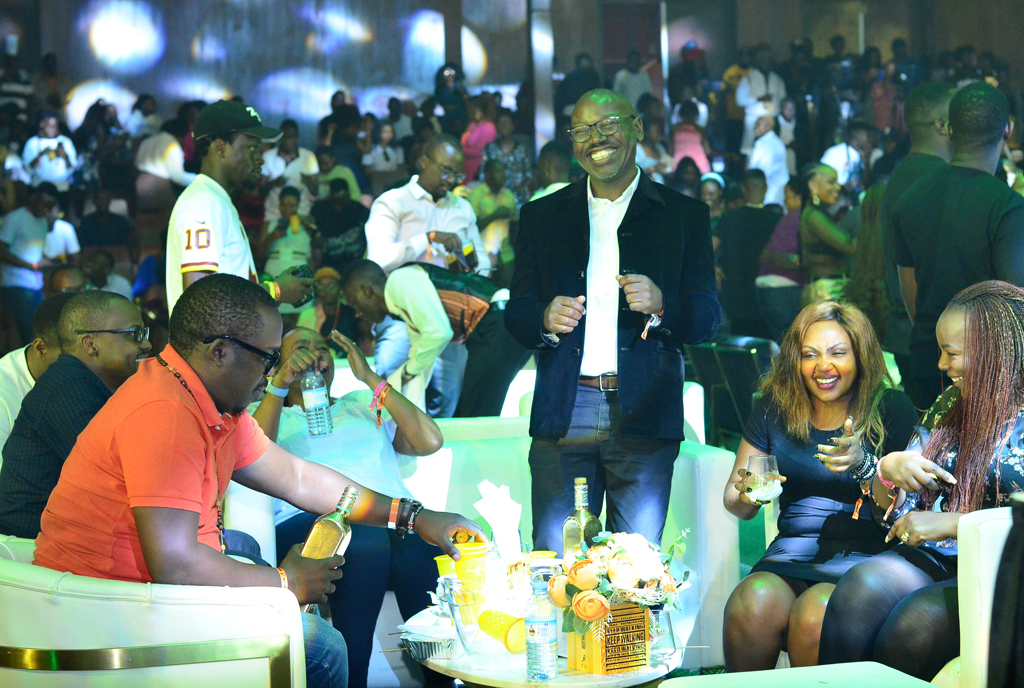 There is always that person in the VIP section who brings all the vibes. Photos | Isaac Ssejjombwe

If it was not for the two years lost to the Covid-19 lockdown, Roja and Slick Stuart would have been holding their 10th mixtape party. But even after the two-year forced break, the deejay duo proved that they did not slack and instead came back better for the eighth edition of the mixtape party.

And their growth can be told from the choice of venue, having started out at Laftaz Lounge, then to Venom, Golf Course Hotel, UMA showgrounds and now Kampala Serena Hotel. 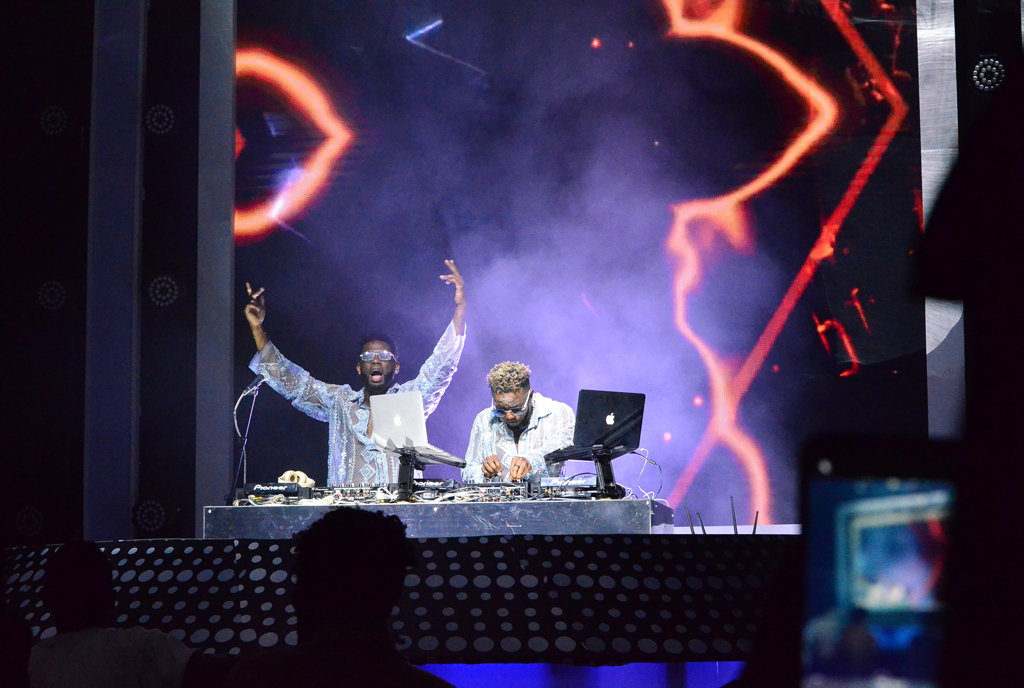 In an earlier press conference, the deejay duo explained the changes, saying they chose to have the show on a Thursday to change the narrative that weekends are the only days to hold concerts. This, however, almost backfired as by 9pm, only a handful of people had made their way to Victoria hall for the show and all signs indicated a flop.

The show started on a low and the few revellers who had accessed the venue were seen having conversations in hallways, others sipping on cocktails while others found solace in their phones.

Inside the hall, ATS went all out on the stage, sound and decoration. With Johnny Walker as a new sponsor, they went all out on the VIP section, giving it an exclusive experience. The set up consisted of white sofa sets, and then -eater tables in the middle and extreme ends of the hall. Three bouncers were stationed at the end of the staircase to prevent the ordinary guests from accessing the VIP area.

At 10:30pm, more than half of the chairs were occupied and that is when the show kicked off with Lynda Ddane and Etania as opening deejay acts of the evening. 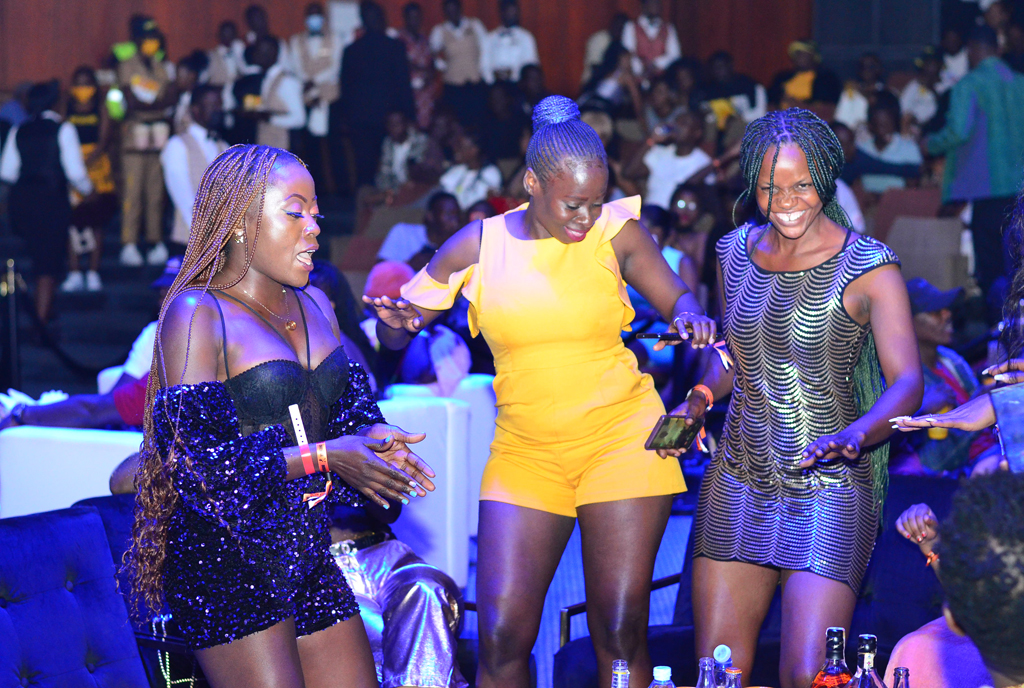 The two, however, have a lot to learn in this game as their mixes seemed uncoordinated. They mostly played songs they enjoyed rather than what the audience enjoyed. You could clearly tell the difference when Fem Deejay, Mercy Pro, Selector Jay and Aludah came next. In fact, Aludah sacrificed his minutes and let Deejay Marcus play in his place as he hyped him.

The audience was now ready for the deejay duo who approached the decks at 11:45pm clad in matching glittering white outfits.  But before that, screens displayed legendary deejays, including Alberto, Mark Rebel, Bushbaby and Dan Yo explaining the deejaying journey and their thoughts on the duo with most in agreement of their contribution to the industry.

Roja and Slick Stuart opened the show with Good Time, a song by Adam Young, Carly Rae Jepsen, and Owl City. The lights were turned on, smoke coming from the canons as the crowd cheered in excitement. VIPs got off their seats, and some of the people in the ordinary section joined in the VIP section to dance, sing along and capture the moments with their phones. 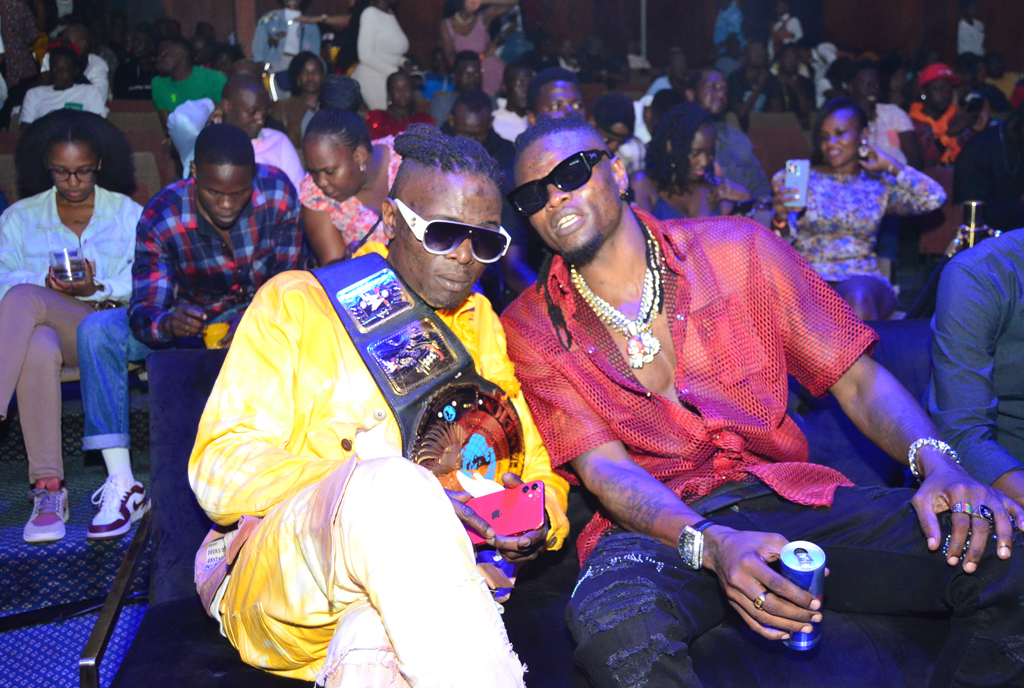 Thirty minutes into their session, some people started walking out perhaps to get some sleep as Friday was a working day.  After one hour of nonstop performances, the duo left the stage for South African guest DJ, Felo Le Tee. The few remaining spectators came closer to the stage to get more acquainted with the Amapiano vibes.

The award-winning deejays returned for their last session at 1am and this session was more about their collaborations. They were joined by artistes Ykee Benda, Beenie Gunter, Lilian Mbabazi and Rick Man but the climax was something that no one expected.

Swangz Avenue’s Benon Mugumbya led artistes, including Mudra, Zex Bilangilangi, Vyper Ranking, Grenade, B2C, Weasel and A Pass among other artistes to do the remix of Mr DJ. 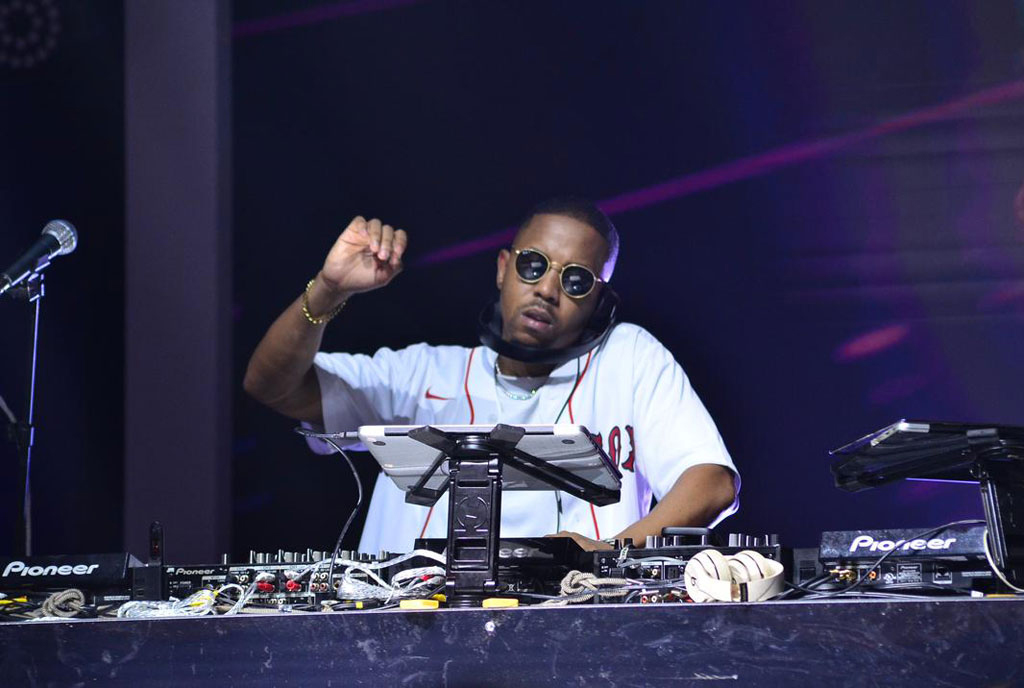 The Mixtape Blend is headed on a country tour that will see them make stops and share the experience with their fans across the country.