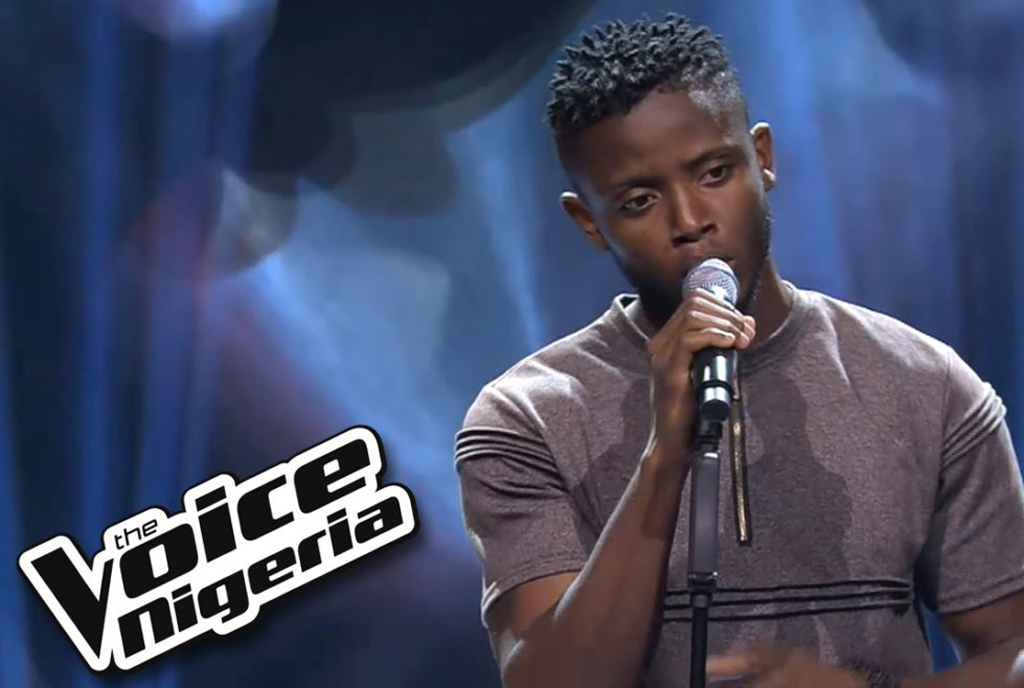 When Coca Cola Real Stars was first announced back in 2003, not much was known about singing competitions.

The competition, organised by Capital FM, was won by Kefa Mwesigwa, a talented teenager from Hoima that did not live to enjoy the success of his two songs ‘Get With You’ alongside Navio and ‘Better Man’ alongside Mr Mosh.

But there was more the competition offered other than Kefa’s win. The competition introduced Ugandans to Dorothy Bukirwa, who later released songs such as ‘Nubian Queen’ and ‘Friday’, Sarah Zawedde whose ‘Kambere Nawe’ got heavy rotation, and Cinderella Sanyu who later became part of the trio Blu*3.

This was the beginning of talent shows that at times were televised or simply heavily promoted. When the Coca Cola Pop Stars was advertised at the beginning of 2004, the success of the Capital FM artistes such as Kefa, Dorothy, and Cinderella was telling that many people auditioned. 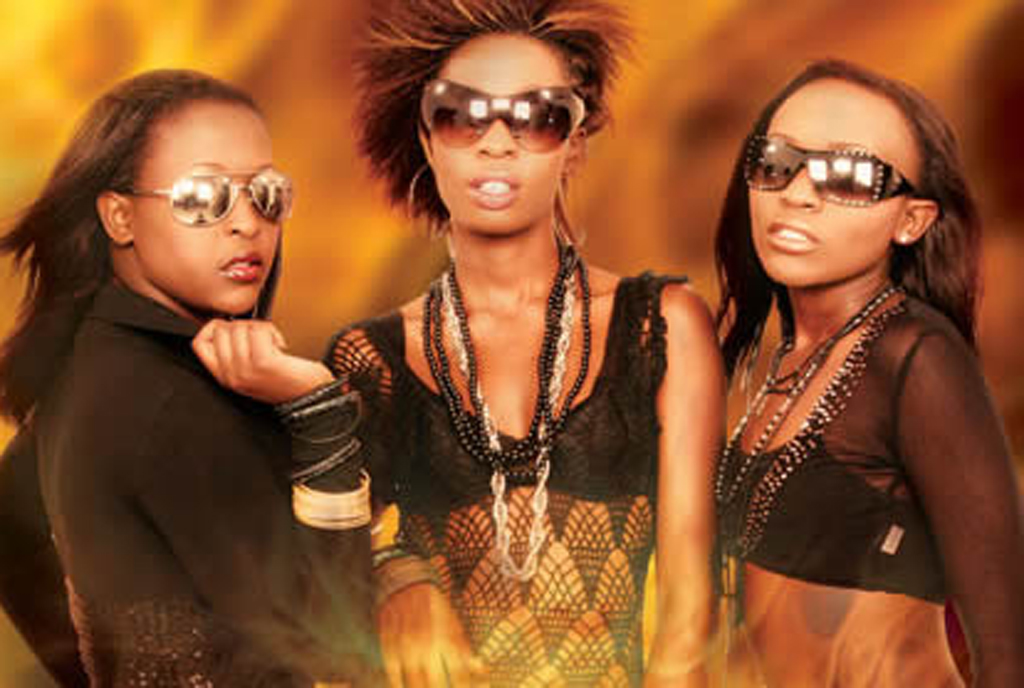 Uganda’s Blu*3, made up of Cinderella Sanyu, Jackie Chandiru, and Lillian Mbabazi

Coca Cola Pop Stars was a regional hit that created stars in Sema from Kenya, a trio made up of Pam, Sanapei Tande, and Kevin, Tanzania’s Wakilisha, made up of rappers Langa Kileo and Witness Mwaigaja and vocalist Sarah Kaisi.

Then there was Uganda’s Blu*3, made up of Cinderella Sanyu, Jackie Chandiru, and Lillian Mbabazi.

After the show, the group had come back to Uganda with stage rebrands of Cindy, Jacque, and Lee, with a single ‘Frisky’.

Besides Cindy continuing to be Cindy, others easily went back to being Lillian and Jackie Chandiru.

Blu*3 went on to outlast both Sema and Wakilisha that barely stayed together for a year. Blu*3 managed to stay together for four years until Cindy got replaced by Mya Baganda in 2008.

But between their time together, several talent shows had graced the TV screens, Project Fame, Tusker Project Fame, Coca Cola Rated Next, and Airtel Trace Stars among others. 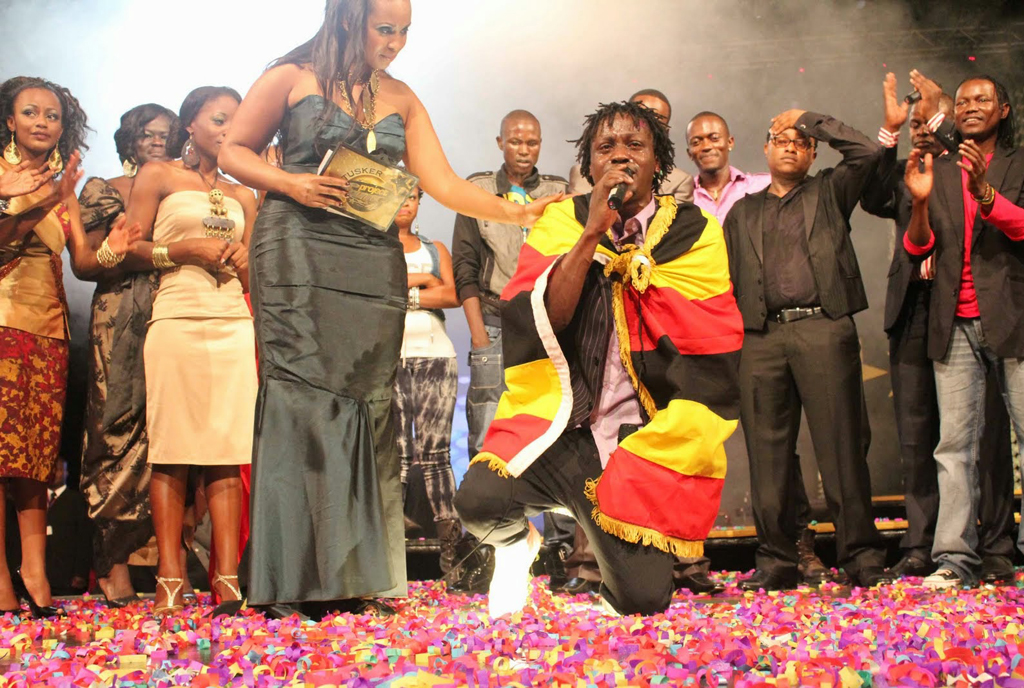 Life after the show

Much as all the shows are since defunct, when they existed, they created a buzz, every week Ugandans were on their TVs making up their minds, to either save a fellow Ugandan or a Kenyan from elimination.

Shows such as Tusker Project Fame even had a regional appeal thanks to the fact that they included Kenyans, Tanzanians, and Rwandese.

Yet after every season wrapped, it took luck to hear a song from a contestant and at times the overall winner.

In Kenya, where most of the regional competitions have been held, winnings are deemed cursed for many reasons. For instance, the trio Sema from the Coca Cola Pop Stars days disbanded before they made a year.

By 2007, Sanapei Tande or Sana had branched out to embark on a solo career, she later became a media personality as well.

Other members of Sema were not as lucky though. Pam was last year photographed begging on Nairobi streets after allegedly escaping from rehab. Kevin on the other hand made a video early this year asking the public for help after his father threatened him with a machete. In the video, it was later revealed that Kevin was staying at home with his parents and the incident happened because the father was trying to throw him out. 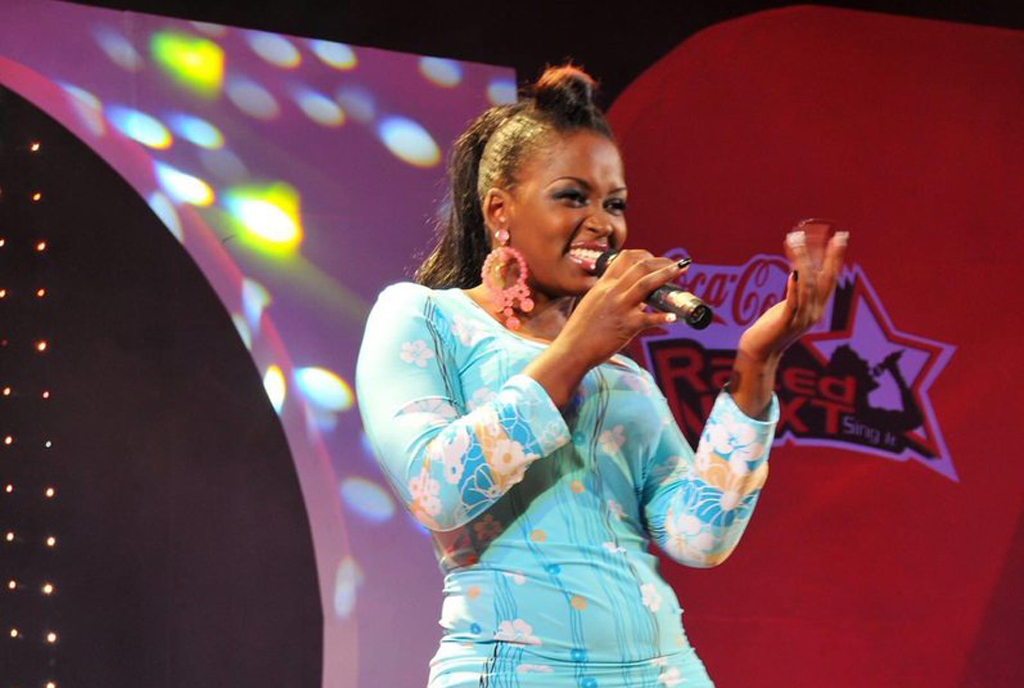 Winne Nwagi was a runner up in Coca Cola rated next

And such stories keep rolling

In Uganda, many artistes from such shows usually disappear before embarking on comebacks on their own terms.

During a Twitter Space hosted by Airtel Uganda, for the launch of The Voice Africa, Bruno K, a singer and finalist in the Airtel Trace Star noted that shows catapult people to fame they are not prepared for.

“One day you’re living an ordinary life and after being on TV for a month, you wake up when everyone knows and you can’t do the ordinary things like buying a roadside rolex,” he says.

The artiste noted that after the competition, you find yourself in a space where you’re very famous but without actual music to match the fame.

“Thus it is important for one to actually work on their music because there is no one that is going to help them, including the show sponsors they were on,” he concluded. 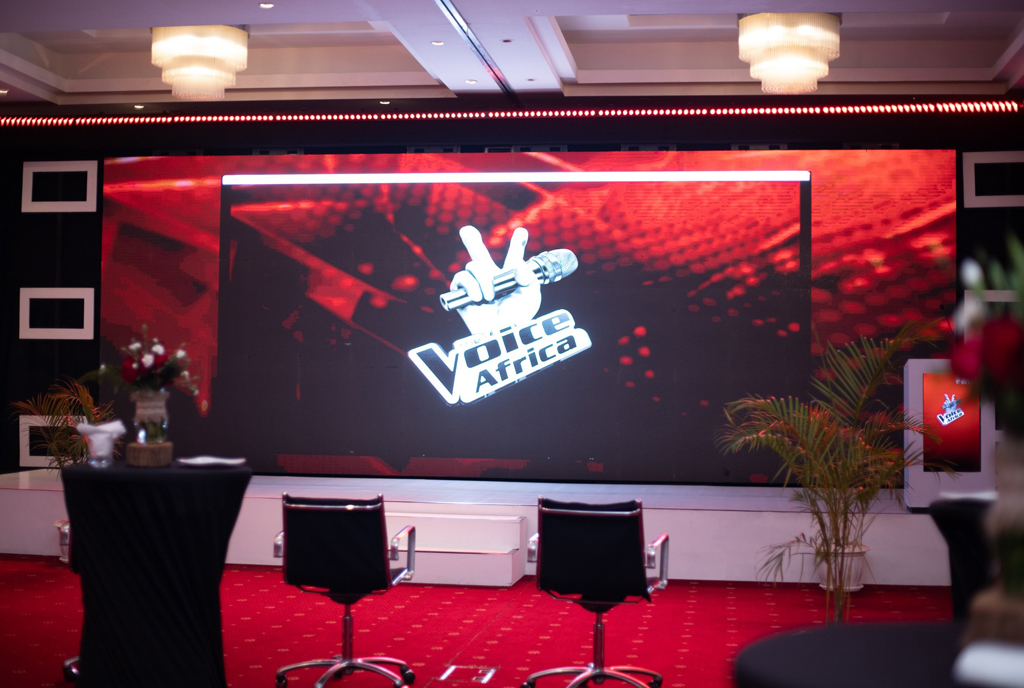 In October, Airtel Africa launched the first continental The Voice Africa, the show modelled in the same format as The Voice UK and US will be looking at discovering talent or elevating talent on a continental level.

Over the past month, potential contestants have been submitting videos of themselves singing for a chance to be on the show.

The Voice is an adaptation of the Dutch show The Voice of Holland. In December 2010, American network NBC announced the show under the name, The Voice of America, it was soon shortened to The Voice.

It has been said that the name Voice of America had to be abandoned since it was already in use by the U.S. government for its overseas radio service.

The Voice has over the years managed to become the most-watched singing contest and reality show.

The show launched in Africa many years back through South Africa and Nigeria, however, this is the first time it is a continental showcase.

The question is if Ugandans are cut out for the stage, especially after the show. 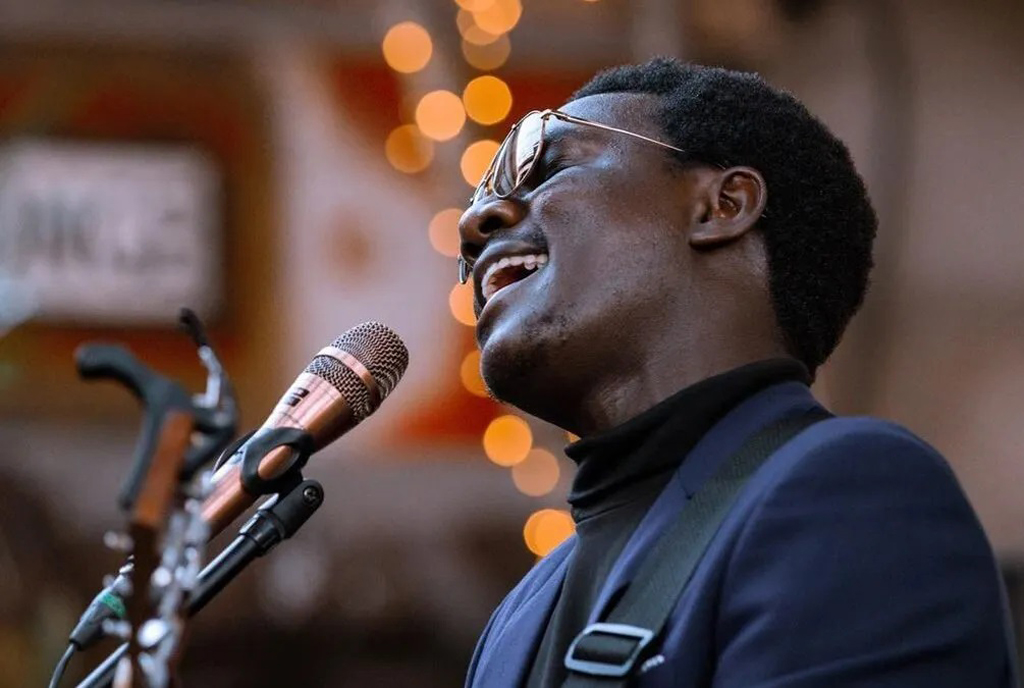 Kenneth Mugabi, a soul artiste who confessed to having been part of three talent searches says these shows are a big opportunity but the artiste must be focused.

“When I auditioned for Rated Next, I remember Benon saying something that seemed to stay with me longer. He said that in whatever we did, we needed to remember that there was life after the show,” he says.

Mugabi says that most people at times enter the competition without a clear plan, they get in hoping to win and when this fails, they are demoralised.

But also addresses the fact that competitions raise the contestants’ status in a very short time and eventually leave them to grace when the curtains come down. 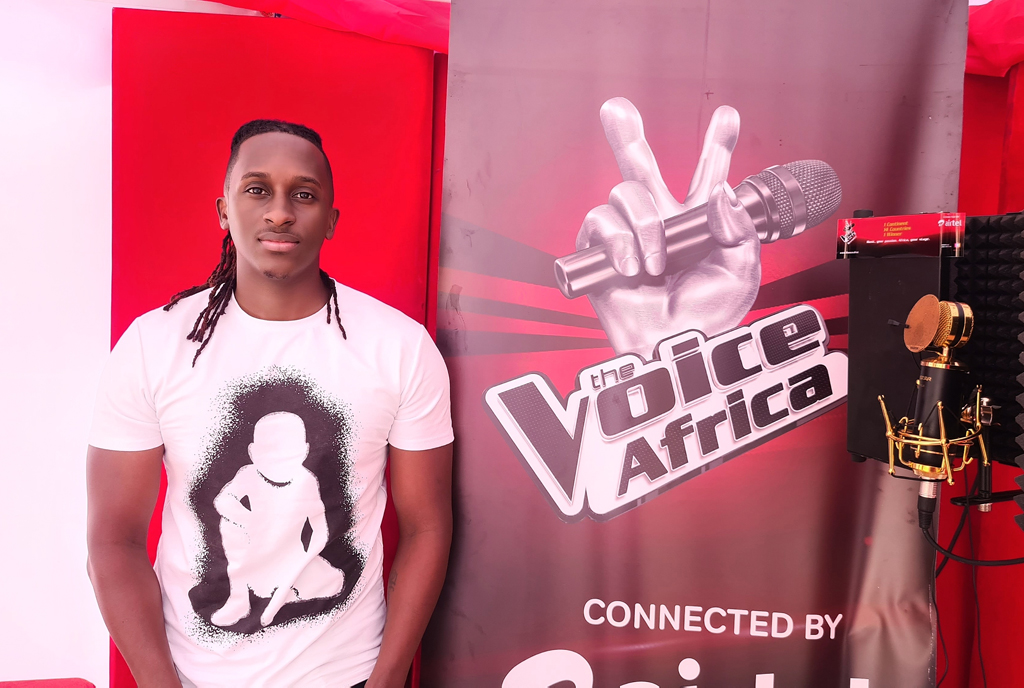 Mugabi and comedian Daniel Omara have a number of things in common, they were both on talent shows and both came too close but lost.

Omara says that during Stand Up Uganda, alongside Salvador, they had noticed the importance of working to create something that would keep them performing beyond the TV show.

“We noticed early on in the competition that we didn’t have many mentors, Uganda had many comedians but not many of these were doing standup,” he says.

Omara also notes that, unlike popular belief, such shows are not a place for rivalry but a place to create bonds.

“People may not know this but I worked on a lot of material with Salvador during the show,” he says.

The last open auditions for The Voice Africa will be taking place tomorrow, the question though remains can a Ugandan contestant hold their own after the show.

At the moment, only time can tell, Chike, Mugabi, Bruno K, Jennifer Hudson, and Adam Lambert among others lost talent shows.

But are somehow still rocking.