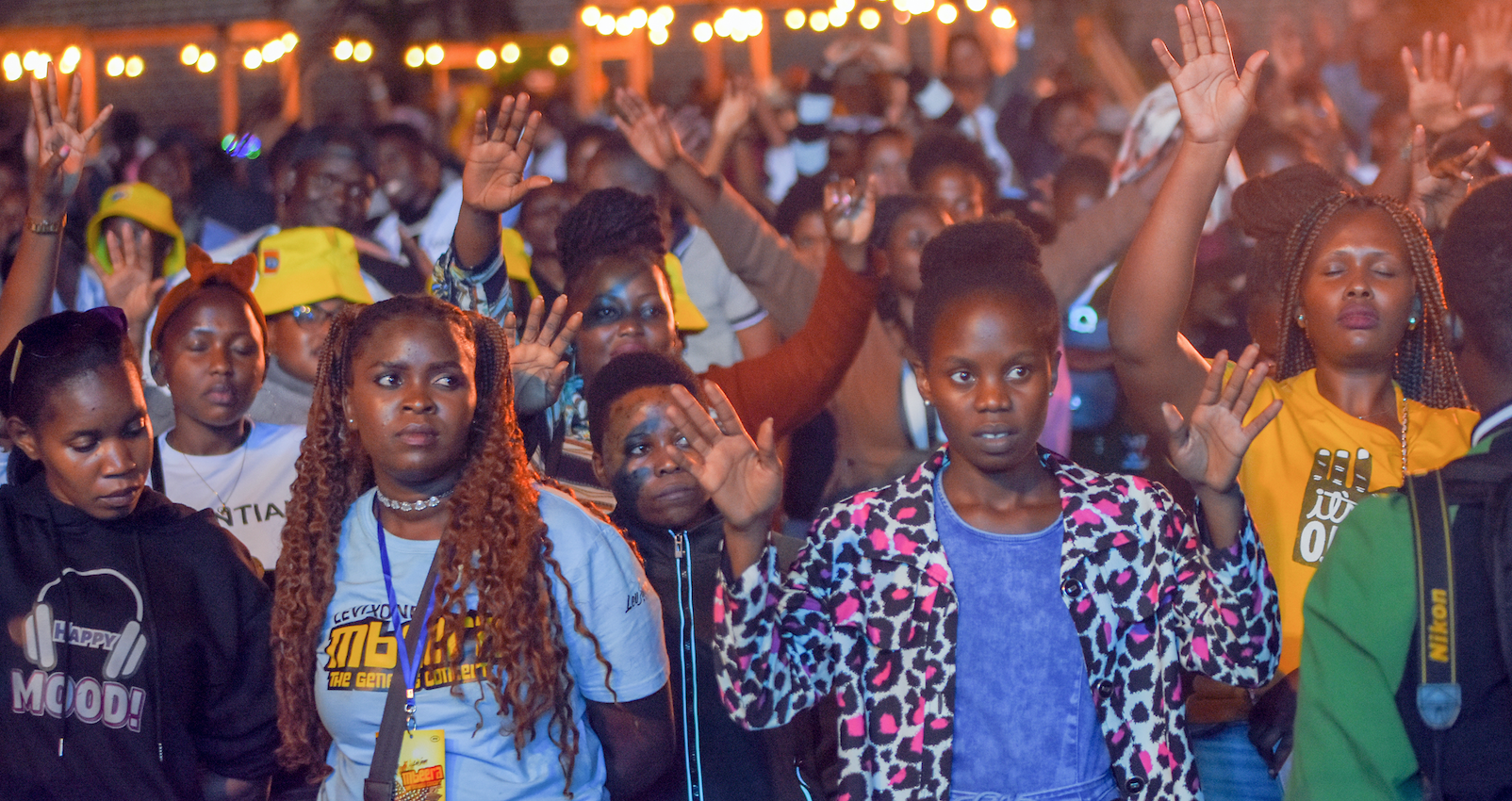 “Gospel music is full of life” is a line Levixone always uses in his songs and on Saturday, Kololo Airstrip was full of life as the singer performed at his much-anticipated Mbeera Concert.

The show kicked off at around 6pm with performances from more than 50 gospel artistes, most of whom are upcoming.

One of surprises of the night was Bebe Cool, who turned up and sang his Talimba Yesu.

Levixone, the man of the night, took to the stage at about 10pm, appearing from an elevation dressed in a glittering blue shirt with a rhythm from the band that would simply mean testing the sound.

This part brought out the beauty of the stage and lighting that was done by Fenon Entertainment.

With six backup singers, Levixone kicked off his live performance with one of his singles, God Is Watching You, to a very good reception from the audience.

Shortly into his performance, he introduced his longtime mate and fellow Gospel artiste, Coby bly, on stage and they performed Kilooto.

He then moved to the diamond-shaped stage, which was perched in the middle of the audience, getting him closer to his fans. He performed Esaala, a song that saw some revellers break down in tears. At this point, Levixone knelt down and said a prayer, asking God to bless whoever graced his show.

He then performed Ponya and Show Me Your Love before introducing Wendi, a gospel artiste from Malawi.

When he returned for his second session, Levixone had changed into a white and black outfit and together with Wendi, they performed their collaboration song. 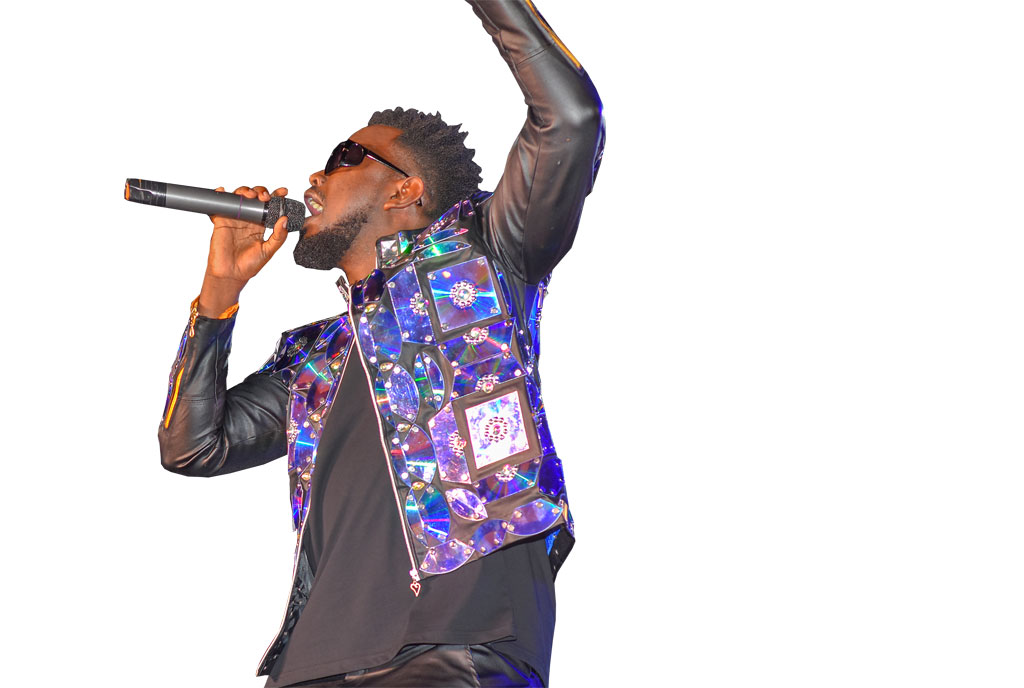 He then slowed down the tempo and the audience was quick to get in sync, immersing themselves in a praise and worship session. He performed One Day together with other artistes that joined him on stage. He crowned the session with his sensational single, Edoboozi Limpita.

“Ugandans join me as I invite the woman of God,” he called out. This was the line the self-proclaimed Kosovo boy used to invite his fiancée, Desire Luzinda, on stage. Smartly dressed in a long bedazzling dress, Desire showed the audience that gave her a thunderous welcome that she is not just a woman of God but a preacher too.

She performed several gospel covers, preached to the audience and asked all those that had not yet accepted Jesus Christ to do so. She crowned her performance by inviting Apostle Grace Lubega of Phaneero ministries.

Known for his good vocals, Pr Lubega came on with his personal band, preached and sang. After several minutes on stage, he invited Pr Wilson Bugembe.

“Where is my brother Wilson Bugembe? Please come,” he said.

The people that were at Kololo witnessed the power that Pr Bugembe has in the gospel music industry that even the VVIP section left their tables and stood to sing with him.

However, since it was not his day, he sampled bits of his songs and crowned his moment on stage with Katonda Yabade Mweno Ensonga, which was almost sang by the entire crowd.

When Levixone returned on stage, he invited artistes he believes gave gospel music a voice in Uganda. From Rucci of former Limit X to Wadi, who flew in from US.

However, the night went crazy at a few minutes to midnight as Seku Martin of the Koona Endongo Ya Yesu came on stage. His song was one of the most popular gospel songs in Uganda in the late 90s

He invited Pastor Ayoysius Bugingo, whom he referred to as his dad. A man to never disappoint, Bugingo took to the stage dancing and jumping. He thanked Levixone and asked him to kneel down and begged the crowd to pray for him.

He led a praise and worship session and prayed for everyone at the concert.

“This is not just a concert but we have been in church,” said Bugingo.

Levixone then went to the diamond-shaped stage and performed Mbeera amid a pompous display of lighting from Fenon.

With the audience singing along in chorus, it was the perfect end to a good show!