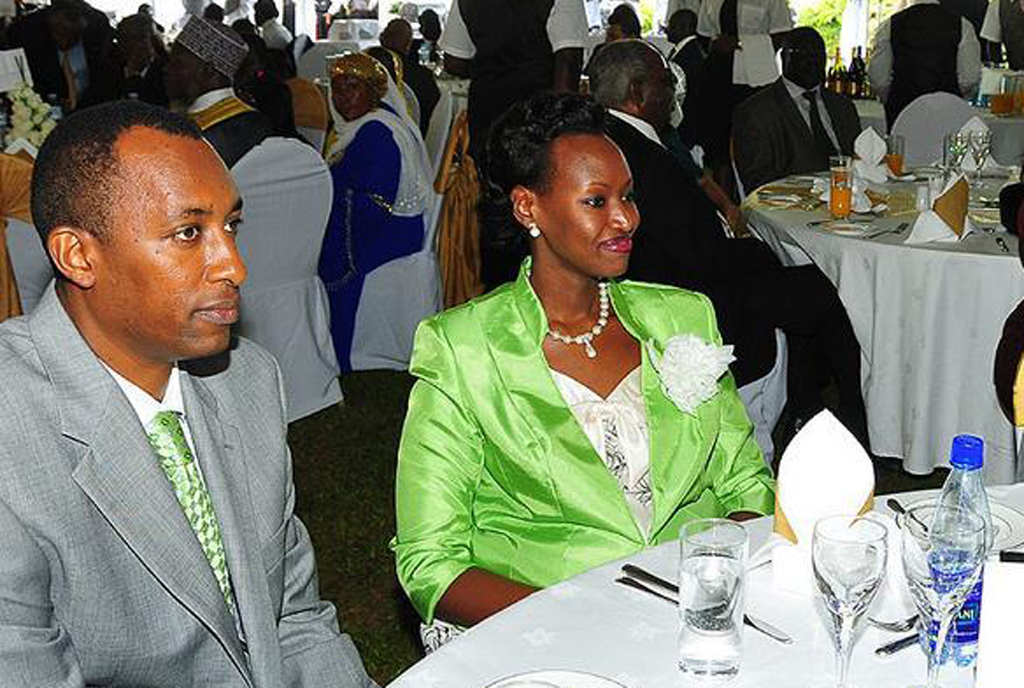 There appears to be more trouble in President Museveni’s household after his last-born daughter applied to formally drop her husband’s name.
In a communique seen by this publication, Diana Kamuntu has formally applied to the National Identification Registration Authority (NIRA) to drop the use of her husband’s name, Kamuntu.
In a notice dated September 29, 2022, that is published in the Uganda Gazette, Diana states that she henceforth wants to be referred to as Diana Museveni Kyaremera.
“Notice is given that I Diana Museveni Kamuntu of P.O box 9021 Kampala, intend to apply to the National Identification Registration Authority to change my name to Diana Museveni Kyaremera.”

Adding: “I intend to formally and absolutely renounce and abandon the use of the name Kamuntu and assume and adopt in place of that name the name Kyaremera,” read part of the notice.
Diana wedded Geoffrey Kamuntu, a Kampala businessman, in July 2004.
In an interview with a local magazine a couple of years back, she said she met Kamuntu at her sister, Natasha Karugire’s house, and instantly fell in love with him.
“He was a friend of my sister’s husband and we met at their house. I was attracted to him because he is very tall and good-looking. He is also calm and easy to get to know.”
The decision to drop his name reportedly coincides with a season of lukewarm relations between the couple. 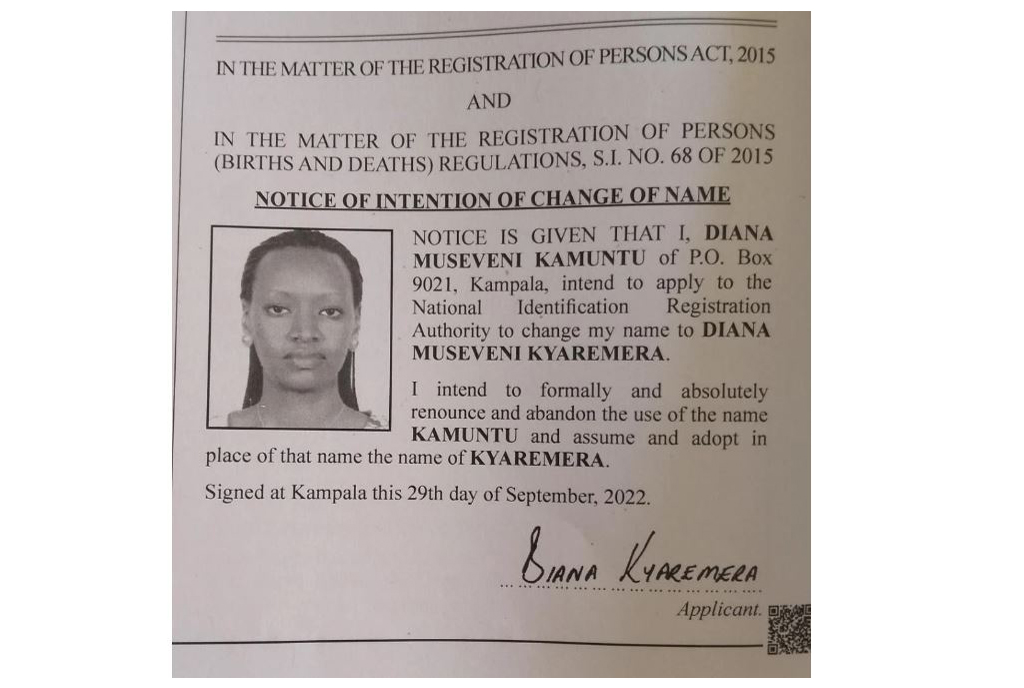 The move also comes at a time Muhoozi Kainerugaba, President Museveni’s only son, has been on a Twitter meltdown causing tension between Uganda and her neighbouring countries, especially Kenya.
In one instance, Muhoozi threatened to capture Nairobi, forcing his father to apologize on his behalf.
Museveni publicly advised his son to quit Twitter, a piece of advice he flatly rejected.
President Museveni’s other daughter namely Patience Kokundeka recently celebrated her 20th marriage anniversary with her husband Odrek Rwabogo in an event attended by the first family and close relatives.

Diana is the managing director of Museveni’s family businesses and oversees all private ventures undertaken by the first family.

She is also into film having acted as First Lady in the Ugandan movie, titled 27 Guns which was directed by her elder sister Natasha Karugire.