Government to support all independence festivities around the country 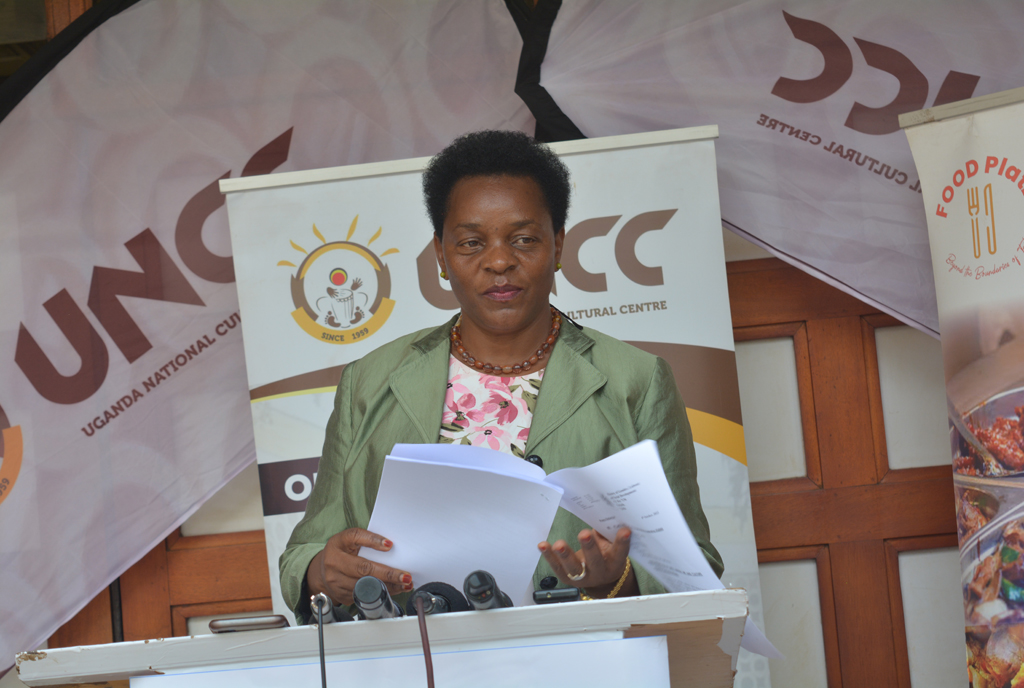 Minister of State for Gender and culture affairs, Peace Mutuuzo

The Minister of State for Gender and culture affairs, Peace Mutuuzo has said that government is in support of all festivities organised by different entities in celebration of Uganda’s 60th independence.

“Institutions and other people are free to host their events and we as a government support them which is why other organizers are saying the Ministry of Gender supported them because we want to support everyone who wants to celebrate our independence in their way,” she said

She made these remarks during a press briefing at the Uganda National Cultural Center (UNCC) on Thursday.

Hon. Mutuuzo was addressing the concern of international artists headlining independence events that are organised by different institutions with support from the Ministry of Gender, Labour, and Social Development.

“We welcome everyone to celebrate as they please but we, the government through our National Cultural Center, have also planned our own. Yesterday the national museum and tourism were organizing, Makerere is also organizing its own and we are going there so throughout this week we will be celebrating it with everyone in their style. That’s why we’ve brought up-and-coming young artists on board, and brought the whole country. We took out the Ankole, we took out the Arua, we took out the Central, and we brought them all together here because here, are the headquarters that unite the artists with their performances,” She added

Among the cultural groups to entertain is the Kathak dance troupe from India. The Minister revealed bringing them on board strengthens the partnership between both states hence culture export.

“There are Indians in Uganda, there are Chinese and others. In this era of exporting culture, you must have a partnership with your partners. You need to have invited them and visited them just like you collaborate on music projects with different artists,” she revealed.

The Minister also unveiled the official program of the UNCC’s three days festivals which is to take place from 7th to 9th October 2022.

“The public should expect a host of activities especially the traditional dances from the different parts of the country, including Super Eagle from Kalongo, Nandujja and the Planets from Central, Bamasaba cultural troupe, Mugahinga cultural trope from Kisoro, Nle Beat, Alur Cultural troupe, Igongo cultural troupe, House of Talent, Mizizi ensemble, Kathak dance troupe from India and many more.

The official opening is to happen on day one with opening Acts, symposium, Exhibitions, and opening performances from Kathak dance troupe and Uganda’s Winnie Nwagi.

On day two, revellers shall have a cultural parade which will start from National Theatre at 9:00 a.m. through Siade Barre Road, Nile Avenue, Speak Hotel, Grand Imperial Hotel, Constitutional Square, Buganda Road, YMCA and then connect to Bombo and back to National Theatre through Kampala Road. The parade will be led by the Minister of Gender, Labour and Social Development, and artistes led by organization like the National Culture Forum, National Union of Creative Performing Artists and Allied Workers, National Promoters Association, and Uganda Musicians Association. The dress code for the parade will be African wear including the Kitenge.

The day will be climaxed with traditional dances, live performances, Exhibitions, Comedy, and Film Screenings.

On day three, the main independence celebrations will happen at Kololo Independence grounds. The day will also be featured with stage performances from 4:00 p.m. to midnight when the Festival closes.