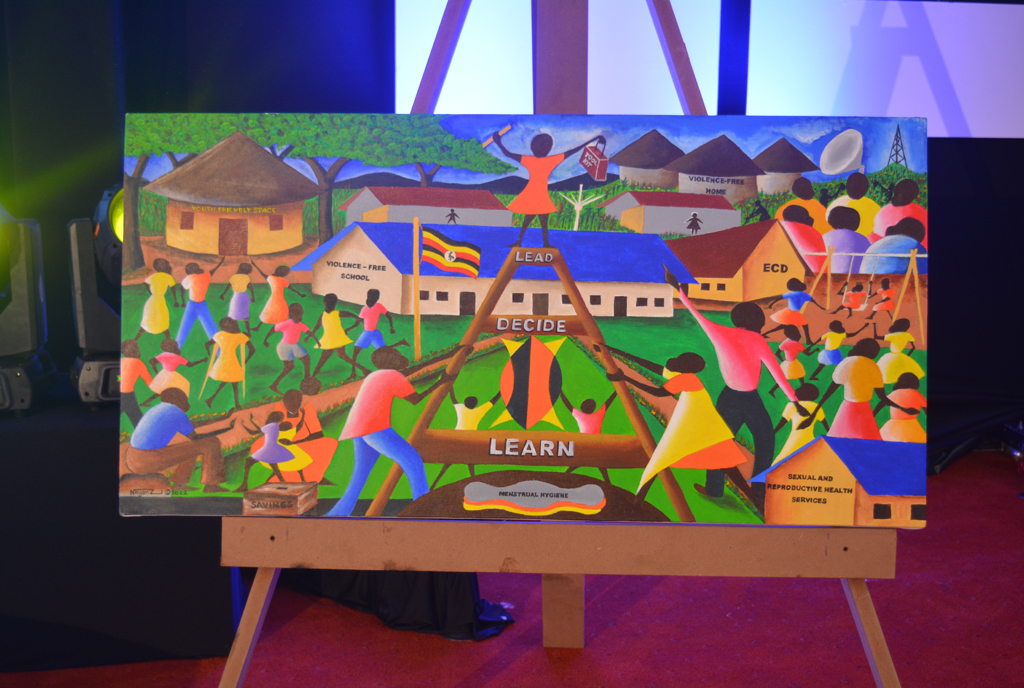 On September 6, Plan International Uganda (PIU) unveiled its next five years strategy to its stakeholders and beneficiaries. The organisation was celebrating 30 years of working in Uganda and 85 years of global existence.

The organisation launched its next five years strategic plan using a mural which was painted by Owek. Nnuwa Wamala Nyanzi.

A mural is a piece of art that is painted on the walls.

For the equal representation of everyone’s voice on the mural, Owek. Nnyanzi had to go on a quest starting from districts; Kampala, Kamuli, Lira, Adjumani, Yumbe, Nebbi, and back to Kampala facilitating visual art workshops that had been organised by the organisation. The purpose of these workshops was to guide PIU staff, beneficiaries, and partners in expressing their expectations of PIU in the next five years.

What started as a task to achieve a set goal however highlighted the depth of visual art on a human soul.

The first day of the five regions’ training started in Bugolobi with PIU country office staff. The group which started with excuses like ‘Art is for schoolers’ ended up getting comfortable on the floor to sketch and paint their expectations. They could not believe that a pencil, a marker, paint, and a canvas can speak so much for them.

Among the trainees in Kamuli district were children from Nabirumba primary school aged 8-12. With pencils and papers, crayons, and pieces of manila paper, the children managed to express what they feared.

11 years old Phillip Ngobi, with fear in his eyes, sketched a young boy holding a sign with “end child labor” written on it. He also wrote: “I want to stay in a good school with good messages,” at the top.

Girls expressed the need to be skilled in the knowledge of making reusable sanitary pads, a need for emergency pads, and the inclusion of children with disabilities.

Speaking to some of the teachers, they clarified that many parents and guardians of these children would rather see them in sugarcane plantations than in school.

The trainees in Lira city and Adjumani district expressed the need for a peaceful society with tight security. According to their sketches, they still live in fear.

One of the rules and regulations of PIU is that they leave workplaces early. During the workshops, however, the participants preferred time extension. Some were left by the vehicles yet their destinations were distant from the venue of the workshops. They preferred to first concentrate and finish their sketches and paintings. At the end of the session, Some participants wished the training continued the next day while others suggested that visual art workshops are carried out in every corner of the country. 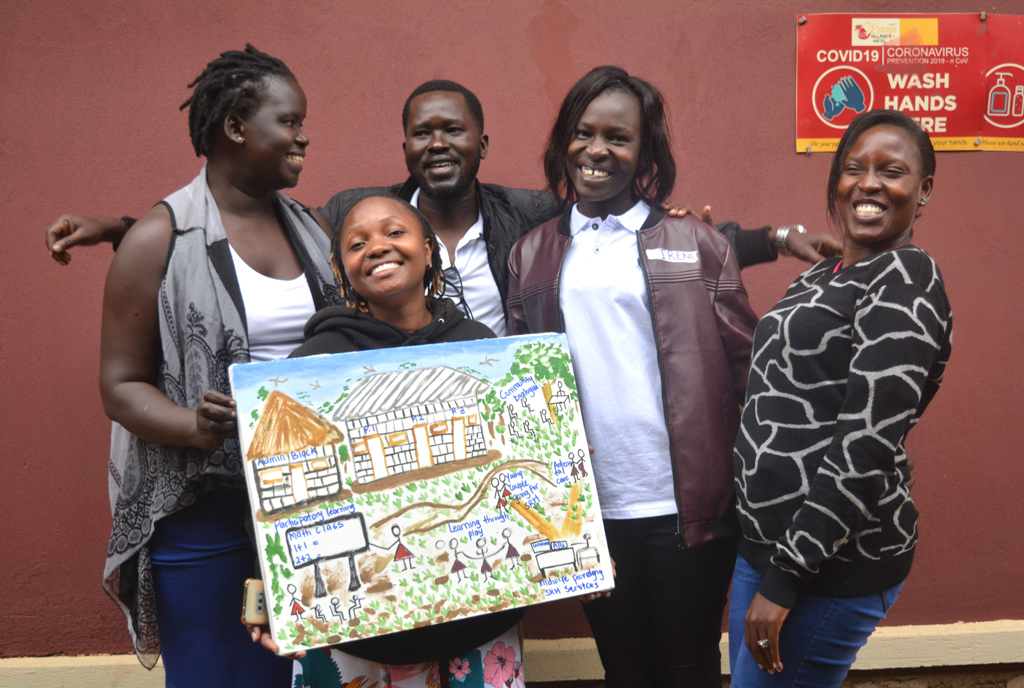 “Drawing is fun. Many things were moving through my head but I felt relieved after the session. Visual art is a very good medium of learning. Hard things can be simplified using Art,” said Mr. Paul Bagula Salongo, the PIU Program Area Coordinator (PAC) in Yumbe district.

He realised that Art could be used at a personal level while making a personal plan and also urged stakeholders to mainstream Art into their training.

“It is a very good initiative. Art is understanding technology in a simpler form,” he added.

Mr. Jacob, one of the participants in Nebbi district confirmed that pictures communicate faster than words.

“A lot of information can be summarised in pictures for example if we were to put our sketches in writing, it could take us the whole week,” he said

“Everybody who is a visionary is an artist. We always talk about the life I want to have, that is already an art piece, only that we don’t put them into drawing but we have that artistic shape of something we want to see so it is even impressive if that vision is put into a drawing and made easy to understand by any lay man person,” said Denis

The participants also agreed that everyone has an artistic skill that they need to practice to get the confidence in bringing out very good illustrations.