Ray G proves a point at maiden show in Kampala 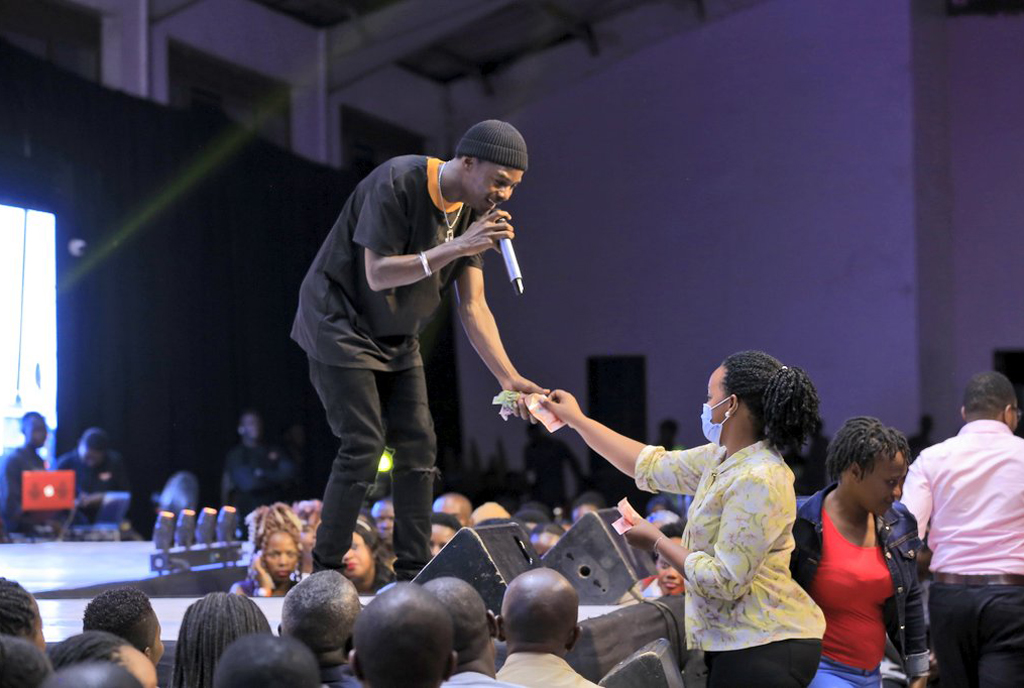 By Sunday morning, Ray G was the most trending person on Twitter. Reason: The success of his maiden concert at Imperial Royale Hotel in Kampala. Earlier this year, the singer had an equally successful concert in Mbarara. Ray G in Concert was organised by Comedy Store, so it was somewhat guaranteed that the ardent comedy show audience would show up. The show started a few minutes past 9pm, with artistes Truth 256 as the opening act, followed by comedian Dr T-Amale, whose jokes were mainly about politics.

Aziz Azion came next and straight away started with Tovanga Wendi, Oxygen and Wampisa but he did not perform with his signature guitar this time round. He thanked the audience for showing Ray G love and supporting local talent but as he was about to leave, the audience requested for Nkumila Omukwano, which he did.

At 11pm, with a brief music sample from the band that was mixed up with instrumentalists from Mbarara and Myko Ouma’s people, Ray G made a grand entrance escorted by bouncers. The crowd went crazy and without wasting anytime started singing.

By this time, half the people in the audience were on their feet while most were recording videos. He performed Weshe, Murebe and Nabankwine in his first session that ended with Spice Diana joining him on Omusheshe. Spice Diana’s effort to make Ray G dance did not yield any success as he could not pull off even one dance stroke.