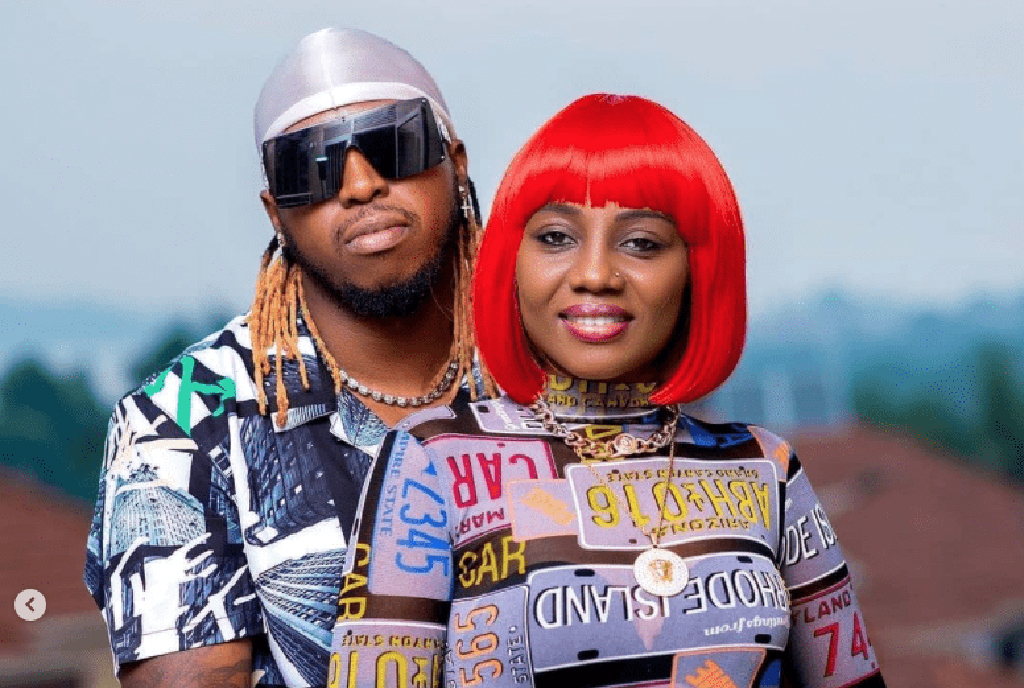 Social Media has been awash with a leaked conversation and Snapchat posts of Maggie Kaweesi, the wife of musician Faisal Seguya alias Rabadaba hinting on their apparent separation.

In the leaked audio, Maggie, a former wife to the deceased dance-hall musician Emmanuel Mayanja alias AK47 seems to indicate that she has shad enough with “Mukyamu” whom he helped relocate to London shortly after their marriage ceremony.

“It seems he never married me for love. Looks like his intention was to use me to get permanent residence here. I said you know what, let ask for two divorces because he’s no longer interested in me. He never loved me, he had his other intentions,” she said in the audio reportedly sent to one of Rabadaba’s relative.

Maggie also claims that Rabadaba disrespects her mother and that he is a lazy man who prefers spending time in the gym and doing other leisure activities instead of working.

“I told your mother that I am divorcing Faisal because he doesn’t want to work. Can you believe Faisal despises my mother! He has spent three months without talking to my mother. What did she do to him!” she wondered.

The two, who have been married for over a year are also bickering over phone passwords.

Maggie says she asked Rabadaba not to change his phone password but he turned a deaf ear. He instead reportedly started accusing her of infidelity. When she involved her lawyer, Rabadaba is said to have told her to go ahead with the divorce with assurance that he will not leave London.

However, some of the skeptics on social media are not convinced by Maggie’s claims.

A section of their followers believe this is just a publicity stunt by the couple to promote Rabadaba’s “Son of A Sir” album. They feel Maggie’s claims are not strong enough to break their marriage.