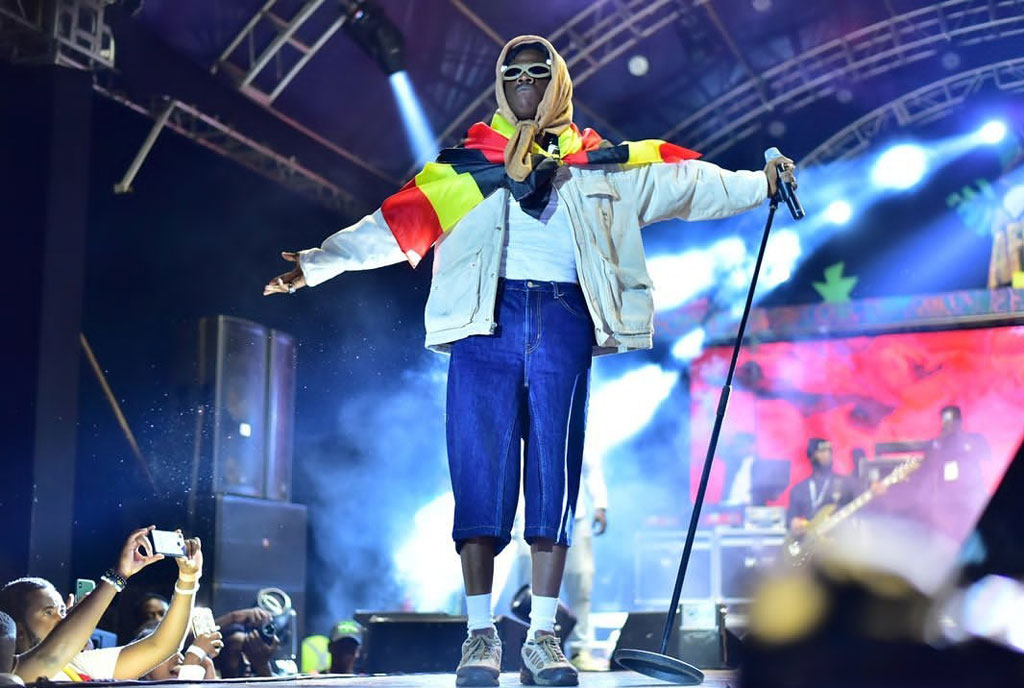 Other the weekend, Uganda celebrated 60 years of independence. One of the events that were part of celebrating the milestone was the Afropalooza Festival which took place at the Cricket Oval in a two-day festival. Even though many social media users said it was out of order to use International acts while celebrating Uganda’s Independence instead of strictly using Ugandan acts. The talk didn’t affect anyone or any preparations as the show went on with Nigerian artiste Rema headlining day one and Sauti Sol from Kenya headlining day two.

The event wasn’t as well attended as expected; there was something to take home from the setup, the performances, and the vibe. The crowd was mainly made up mostly of VIPs and VVIPs. When it came to the VVIP section, Fenon Events did a great job on the setup.

Even though Fenon Events wasn’t in charge of the stage, it set up the VVIP Lounge after being contracted by Nile Breweries Limited which was one of the Event’s sponsors. The tent had only guests who were treated to free drink courtesy of NBL and on top of all; it was no hustle seeing what was happening on stage from the comfort of their seats. Even when it started drizzling, everything was still okay as they were seated under a roof.

To sum it all up, NBL also celebrated Uganda by showcasing a museum of Nile Special with gold bars inside a well-lit room. The room also had tight security to safeguard the “gold” bars.