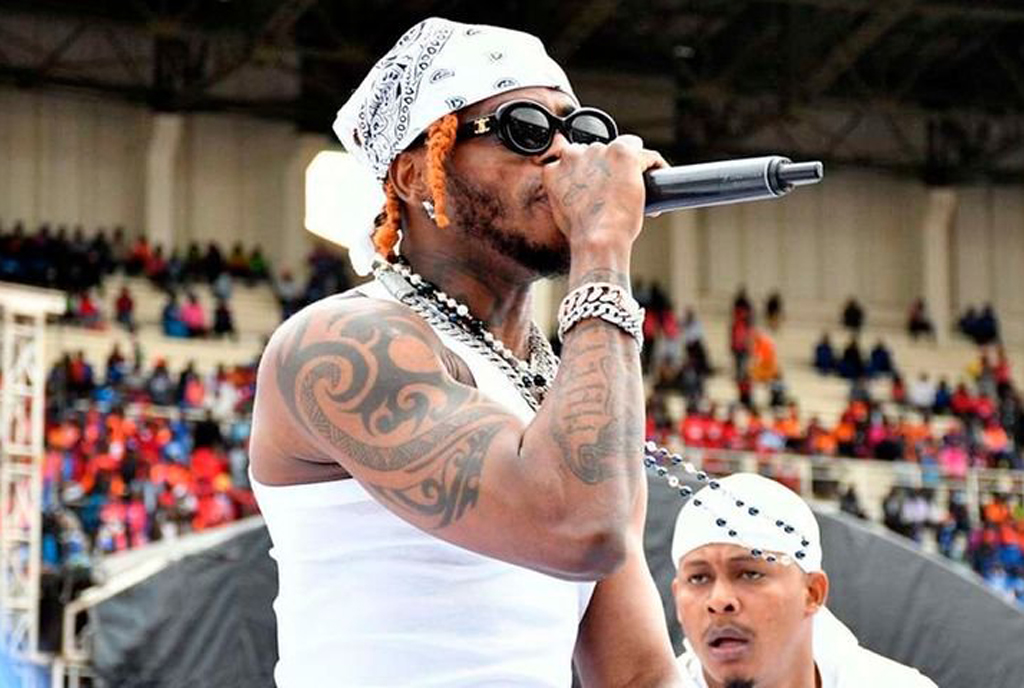 Tanzanian superstar Diamond Platnumz’s sexuality is being questioned after he pierced his nose over the weekend.

Diamond was in Malawi where he recorded himself getting his nose pierced leaving his fans talking.

Those who comented questioned his sexuality with many claiming he was in the process of coming out slowly.

Farookrasheed97 mocked him on social media: Bado upate mume sasa akuoe mamaae. (Get a man to marry you.)

This is not the first time Diamond’s sexuality has been questioned.

In 2018, he was put on the spot again after he was spotted with an anklet one of his performances in the US.

He came out to rubbish those claims saying his enemies were tarnishing his name.

The ‘Naanzaje’ hitamker said he wore the piece innocently because it was appealing to his eyes.

“Kwanza sijui kama kile ni kikuku, nilivaa kama ninavyovaa mikufu au cheni. Niliona ni urembo kama urembo mwingine na kwamba haiwezi kuwa ishu kubwa kama ilivyotokea. (I did not know the anklet was for ladies or male. I saw a beautiful piece and I bought it and never thought it would be an issue).”

Diamond went on to condemn those who associalted him with being gay saying he was a role model to many.

He said that as a celebrity, such allegations against him are common.

He said the late Michael Jackson was also accused of such allegeations after he changed his appearance.

“Even Cristiano Ronaldo has been linked to such stories but he still makes moves with less concerns about his enemies.”

He also apologized to Tanzanians at the time.

Diamond is yet to speak about the nose piercing or maybe he will just let is pass like nothing happened.