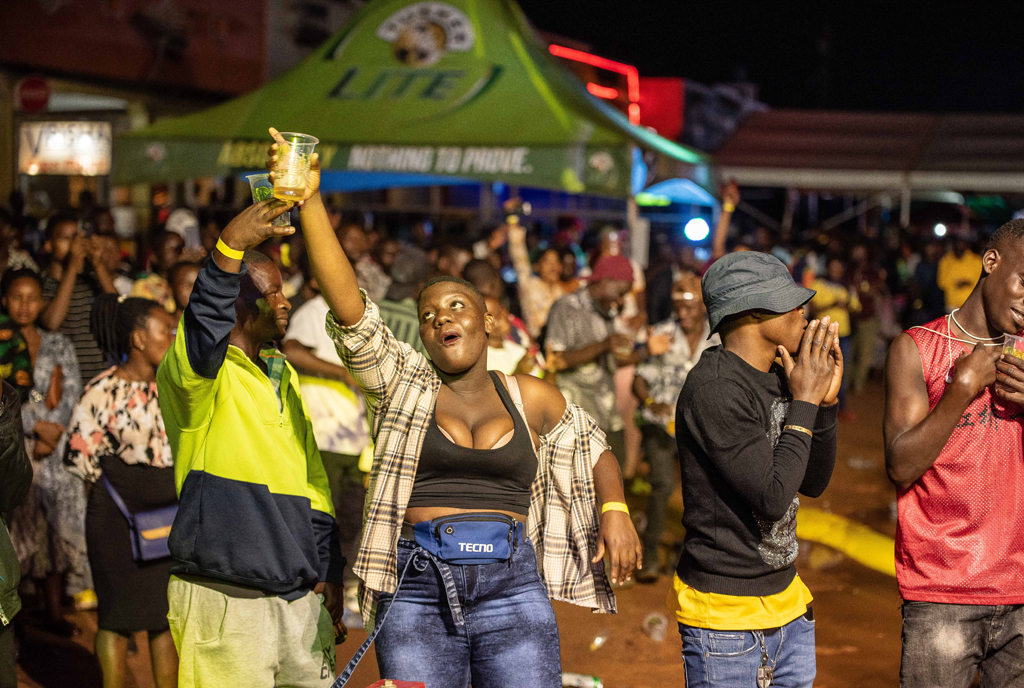 Revellers enjoying the after party in Kasese.

Kasese Town in western Uganda is often sleepy, even though the district is home to the Rwenzori Mountains, Queen Elizabeth National Park and a host of other tourist attractions.

On Saturday, however, Kasese was awake as thousands of fun-loving enthusiasts and health freaks took part in the inaugural Tusker Lite Mt Rwenzori Marathon. As early as 5am, the streets were painted all green as people prepared to take part in the 42km full marathon, 21km half marathon and a 5km fun run.

The marathon was graced by a number of dignatries, including UNDP Country Representative Elsie Attafuah who flagged off the runners alongside Uganda Tourism Board boss Lily Ajarova.

But all best was saved for last with the evening’s musical after party that was graced by singing sensation Karole Kasita at the marathon’s starting point on Stanley Street.

Doors to the event opened at exactly 7pm with Kasese residents turning up in big numbers, mixing and mingling with the visiting people.

Kasita, who is widely known for her vigorous performances, did not disappoint her fans as she performed some of her greatest hits, including Binyuma, Mbeelamu, Nywamu and Balance, thundering through the street – she was the highlight of the night as many sang and partied during her one-hour performance.

Also, nothing beats a street rave like an MC and deejay who know how to entice the crowd with their craft just as Daggy Nyce and DJ Ali Breezy performed. 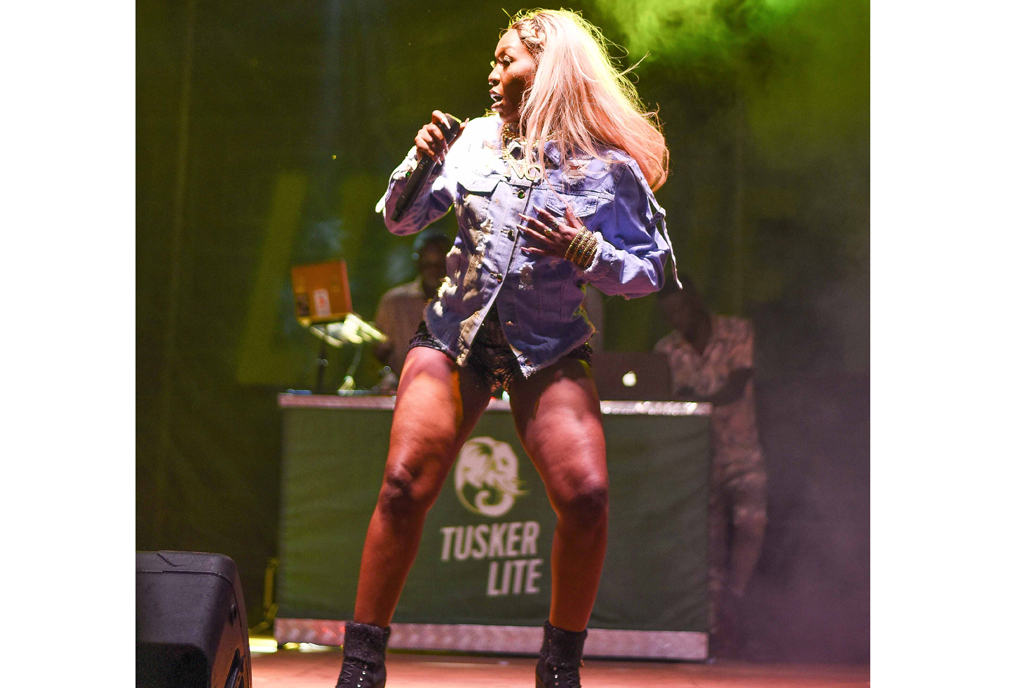 Karole Kasita did not disappoint, bringing on a vigorous performance.
Photos / Sharifah Nambi

The two seemed to know exactly what the crowd needed. Daggy pulling fans from the crowd onto the stage while Ali Breezy looked like he had done his homework as he pumped up the crowd when he sampled Soukous and Lingala classics.

UBL Marketing and Innovations Director Emmy Hashakimana stated that the marathon would not be a one-off: “We are proud of what we have accomplished here today and I thank the organisers who have contributed to the success of this event. I am certain that this marathon is going to transform Kasese. Already the signs are evident.”

Amos Wekesa, the chairperson organising committee, said the embracement of the community is an encouragement for upcoming editions and the target is international runners who will boost the community.  He promised next year’s edition would will rival the Kilimanjaro marathon in Tanzania