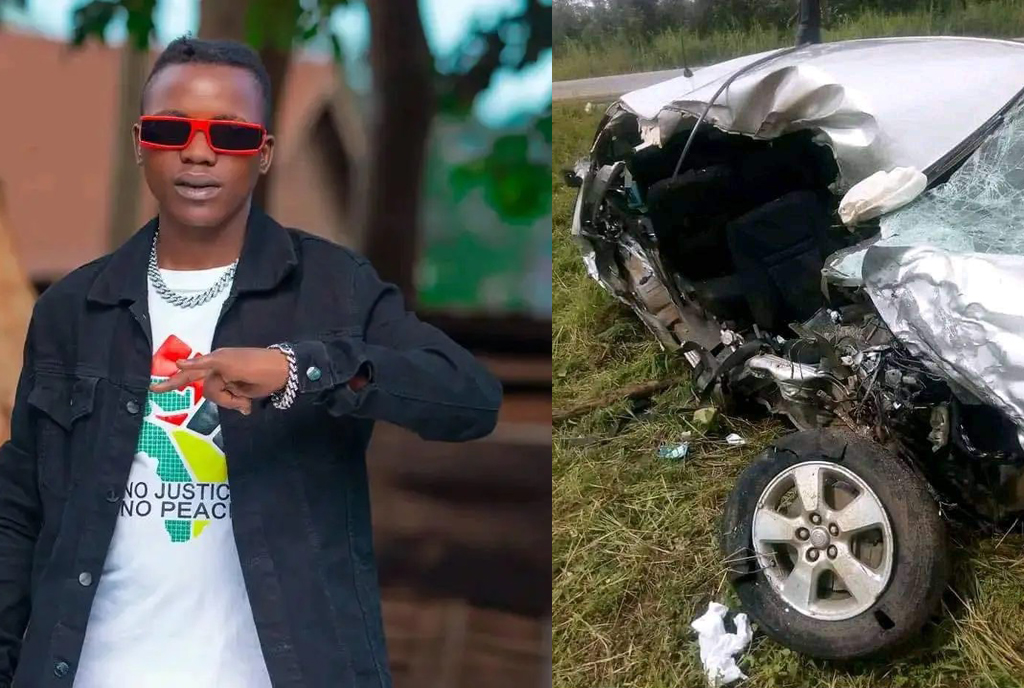 According to Faridah Nampiima, the Traffic, and Road Safety directorate spokesperson, the fatal accident happened at around 3 am at Namakata along the Semuto-Matuga road in the Luwero district.

Alimpa, who was traveling along with singer Ragga Fire (also injured) was later rushed to Mulago hospital for treatment by their fellow artist, Hassan Nduga. “The Traffic Police at Semuto has today this morning registered a single which involved vehicle number UBB 033K, a Toyota Wish,” Nampiima told journalists on Thursday.

“It is alleged that the vehicle lost control and overturned several times plunging into the river killing one person who was later identified as Lady Grace,” she added.

Alimpa rose to fame after releasing his smash hit, Olusuku Lwa Cement. The song, which started as a TikTok sound later became an anthem in the city as several media houses featured it on their trending songs list.

We keep the surviving artists in our prayers and May Lady Grace’s soul Rest In Peace.