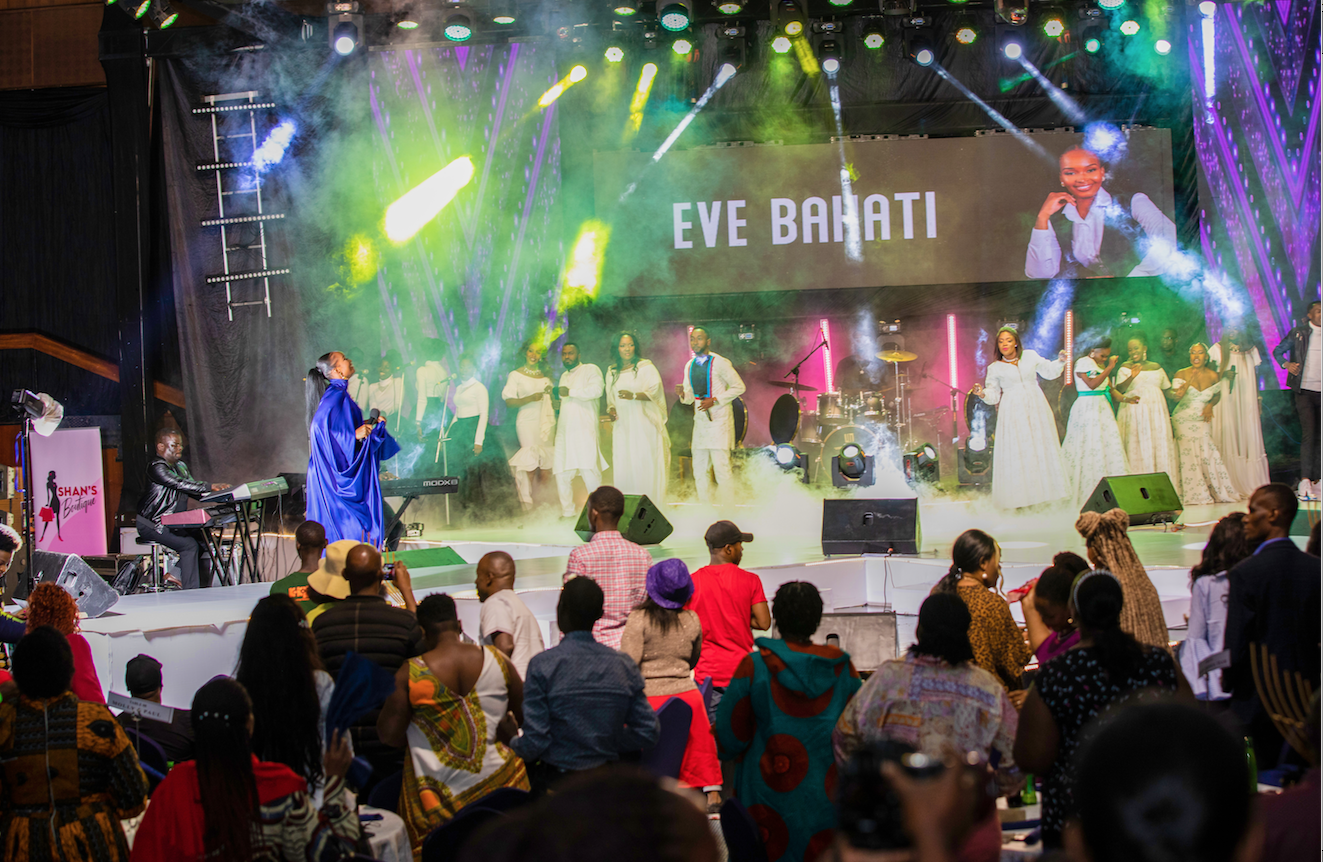 It was an evening of praise and worship.

It is unusual for Gospel artistes to come together to hold colossal performances in mainstream controlled spaces.  On Friday, however, worshipers took over Kampala Serena Hotel in Kampala to grace the inaugural Worship Explosion.

Besides Wanjiru, Eve Bahati, another top notch Kenyan gospel artiste, graced the event. The Nguvu Ya Msalaba singer was the first on stage and she performed three songs before passing the microphone to Uganda’s Allan Aaron Zaabu.

Emerging from the shadows of a well-lit Serena Conference Victoria Room, revellers were then wowed by the soothing worship voice of Sandra Suubi, who evoked emotions of majority Christians with her song, Nsiimye and later capped her performance with You Alone.

The momentum was further energised with Pastor Brian Lubega, who motivated the audience to sing along to his songs, especially the famous worship song, Nungamya.

It was then time to dance when Justine Nabbosa took to stage with Kumpi Naawe and later passed the stage to Gabbie Ntaate, who brought revellers to tears as she sung Gwasembayo and Brag About God.

Hours later, Wanjiru the main act, took to the stage and rhymed to a few local worship songs before she caused an explosion, performing nearly five songs that included the famous Celebrate.

The event, which was organised by Masrob Events, also gave way to performance by Let Them Sing Band, among others. The CEO of Masrob Events and Records, Robinson Masembe, also promised a worship and praise experience event every year.