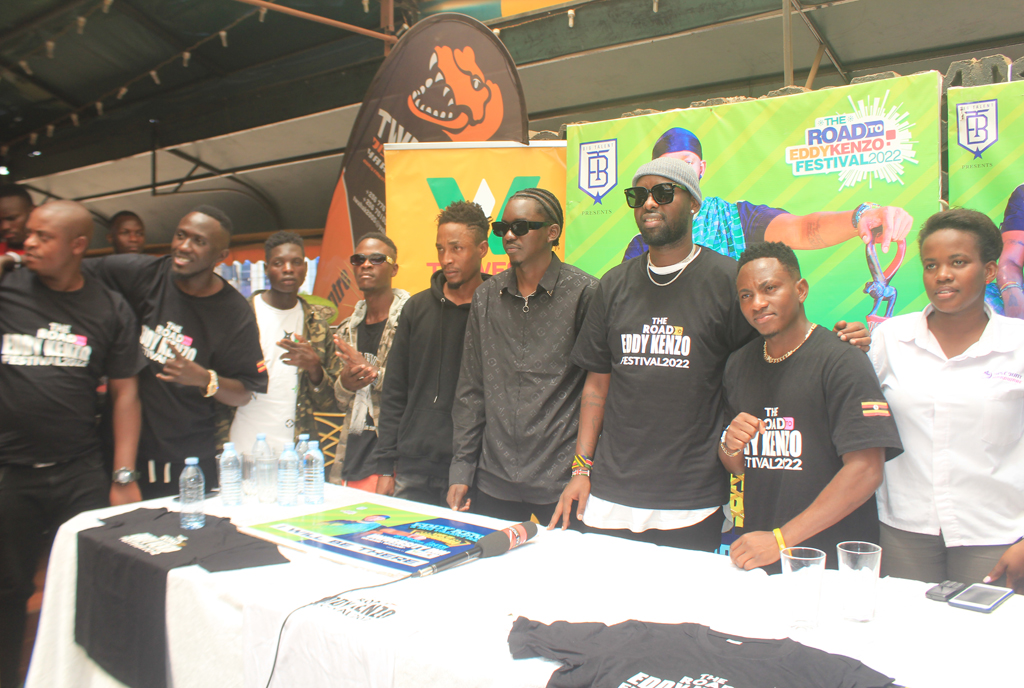 ‘Ssemyekozo’ hit maker Edirisa Musuza aka Eddy Kenzo has advised the youth to stop engaging in early and unnecessary marriages if they want to excel in life.

Kenzo who was addressing the media in Mbarara town at Discount Hotel ahead of Saturday’s Eddy Kenzo Festival Mbarara edition that will be held at University Inn Grounds said youth should concentrate on making enough money to sustain themselves before engaging in marriage.

“It’s not good for the youth to engage in marriage before forming a strong foundation for their wealth, first make money my boys,” he said.

He also revealed that he does not regret breaking up with his Ex-wife Rema Namakula and is stronger and is concentrating on business.

“After what happened between my ex-wife and I, I became strong because sometimes being strong is the only option one has,” he narrated.

In 2019, Kenzo separated from his longtime partner Rema Namakula with whom he has a daughter, Amaal. Shortly after, she got married to Dr. Hamza Ssebunya.

The BET award winner further advised upcountry artistes and entertainers to keep on top of their game if they want to make a difference in the industry.

“Great artistes don’t only come from cities that is why we are putting much emphasis on promoting upcountry artistes to make sure that they also can make it big and represent their regions. I therefore so encourage local artistes to believe in themselves and promote their culture to the world level,” he added.

Local artistes including Truth256 and others commended him for the support he has shown to regional artistes.

“I thank Eddy Kenzo for the support he is showing and giving to upcountry artists and I am glad to be part of the team that will make history in Mbarara tonight ,” Truth 256 said.

Kenzo’s performance in Mbarara City on Saturday at University Inn is one of his activities paving the way for the grand finale that will happen in Kampala in November this year at Kololo Airstrip. He last performed in Mbarara five years ago.