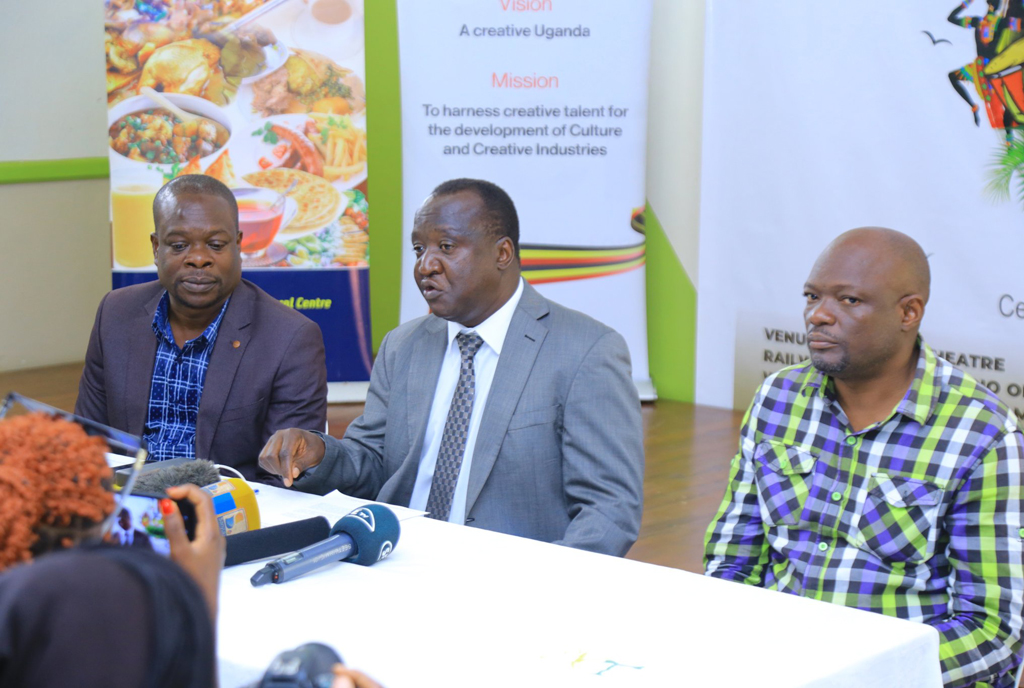 The Uganda National Cultural Center (UNCC) has unveiled the list of activities Ugandans will be entertained with during the third edition of the UNCC Arts and Culture Festival.

Speaking to the media at the Uganda National Cultural Center, Mr. Francis Peter Ojede, the Executive Director at the UNCC revealed that all the activities set for the three days are in line with this year’s independence celebrations. “The festival is part of activities that the government is organizing to mark Uganda’s 60 years Independence Anniversary. We want Ugandans to experience the kind of freedom and excitement, those in 1962 experienced when we became independent,” he said.

The festivities which will run from October 7-9, will include; Symposium & Workshops, Music and dance, a hall of fame, a carnival with several cultural troupes from all over the country to promote cultural diversity, a Photo exhibition giving some of the moments in Uganda’s history among others.

The UNCC organizing team has engaged various cultural institutions in Uganda about their participation in the cultural parade and carnival. According to the ED, the event is going to be Uganda’s biggest carnival ever in terms of the diversity of cultures to be represented.

“Several of our international partners including the Indian High Commission, the Ethiopian Embassy, and others have expressed interest in supporting their traditional music groups to perform at our festival. The government of India has already confirmed their group, Kathak Dance – a leading mega cultural performing troupe that will present a famous classical dance from India. The rest of the international groups at our festival will be unveiled soon,” he continued to reveal.

Highlighting the activities for the festival, Robert Musiitwa, the head of Public Relations at UNCC, revealed that the hall of fame was added to recognize all the people that have contributed to the creative sector.

“We have come from far and I believe things are not as they used to be in the 60s. Many creatives have used their talents to inspire change in Uganda and also promoted it internationally through music, film, fashion, theatre, and dance and we want to recognize some of them and thank them through the hall of fame. We shall make a call, asking Ugandans to propose names of people they see fit to be recognized and appreciated. Thereafter, the Academy will select the best personalities who will be presented to the public,” he said.