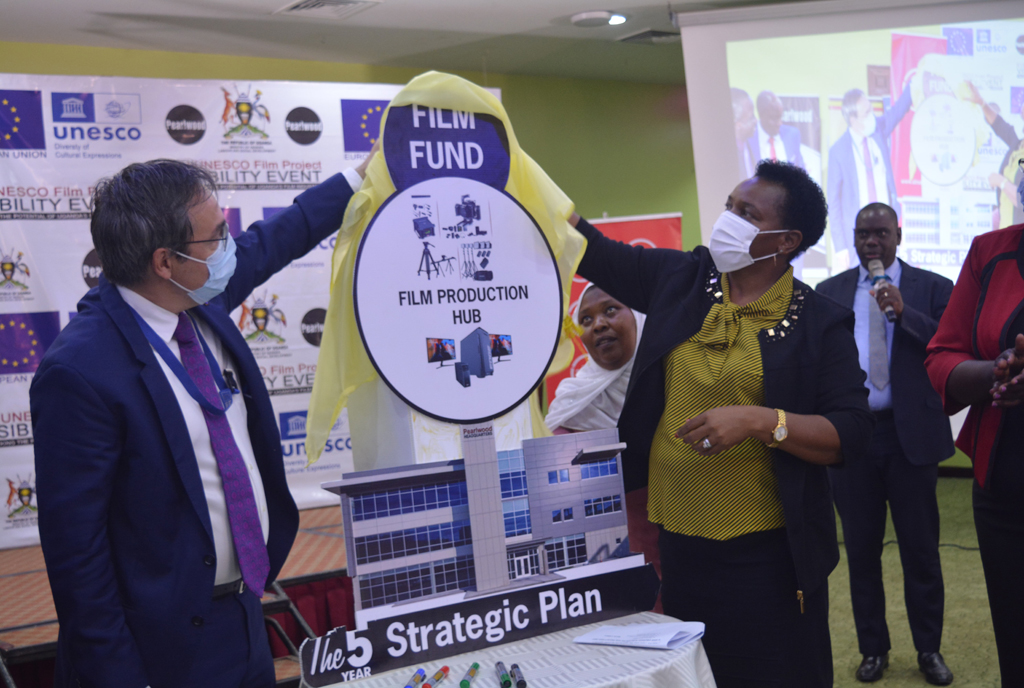 The government of Uganda through the Ministry of Gender, Labour and social development together with the European Union (EU) and the United Nations Education, Scientific and Cultural Organization (UNESCO) have launched a five-year strategic plan worth Shs3 billion for the Ugandan film industry. This is to respond to challenges that have the Ugandan film sector facing.

The five-year strategic plan which is to be put in place starting 2022 to 2027 will include a production film fund for filmmakers, capacity building, and the construction of the pearl wood headquarters among others.

During the launch of the report of the EU/UNESCO film project on creating proper tax incentives to support local content development and professionalization of the local film industry, Hon. Peace Mutuuzo, the Minister of State for Gender and culture commended filmmakers for being job creators as they currently employ 500,000 people. The government believes that the film sector will be able to employ over 2 million Ugandans within the next five years.

Among the challenges stated in the report is limited distribution and exhibition platforms for films to which she responded that the government has created a digital platform for filmmakers where they can upload their movies and get paid.

“Government has created a digital platform where everybody can be able to register and upload intellectual property in terms of films so that whoever views it can pay and your value for the production will be made without you hustling to go and market your work,” she said.

Mutuuzo further pledged to establish a film production hub for the Ugandan film industry where creatives can develop their movie projects and pay them back later.