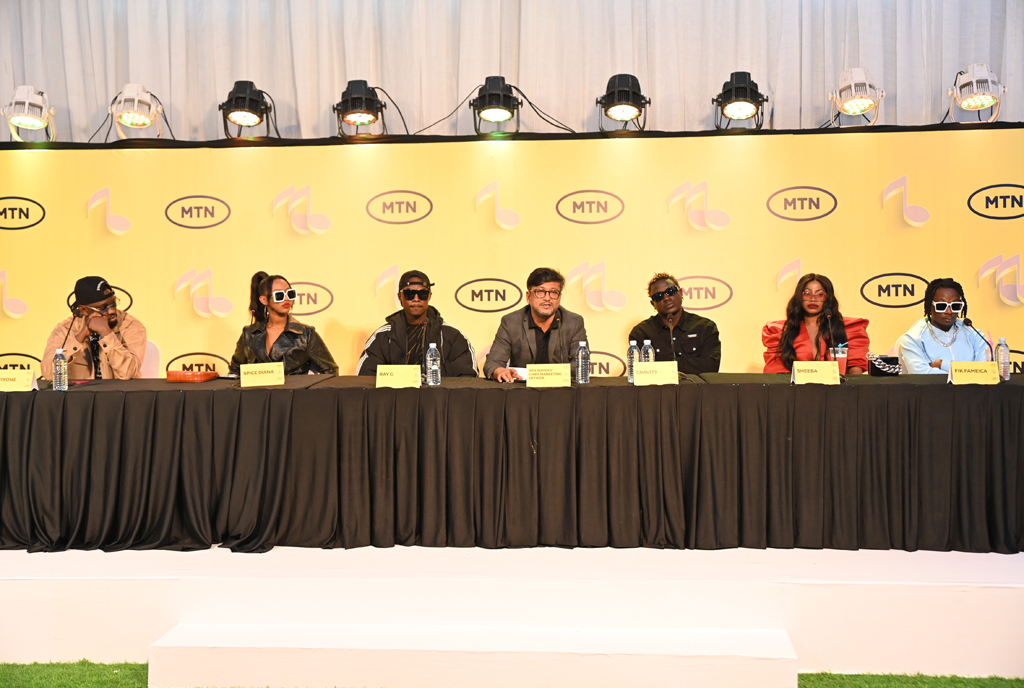 There has been a lot of talk from the media and some stakeholders in the music industry about the invasion of Nigerian music in Uganda. Of course, this conversation was sparked off by over six Nigerians gracing different stages in Uganda in less than six months including Omah lay who showed during the covid 19 pandemic restrictions. Many also argued that the companies here have not helped the local or native musicians here, especially in terms of sponsorship.

Well MTN Uganda could have heard the call or they were probably baking this. Yesterday they announced their support for several Ugandan artistes’ music concerts starting this month until the end of the year.

At a press conference held at the MTN Headquarters in Kampala, the company hosted the six artistes who are set to benefit from MTN’s sponsorship package. The artistes include Spice Diana, Sheebah Karungi, Fik Fameica, Gravity, Ray G, and Levixone.

Somdev Sen, MTN Uganda’s Chief Marketing Officer says this season of concerts is set to excite Ugandan music fans, following the reopening of the entertainment scene after a two-year lockdown. He added that the company has over the years supported Ugandan music and it’s their pride to be the number one supporter of Uganda music.

“We all know that music is one of the biggest passion points in Uganda and as a country, Uganda is blessed with a pool of very talented artists who make world-class music. We as MTN, are therefore happy to provide a platform which promotes Ugandan music for both the artists and the fans,” Somdev said.

The artistes all spoke with one voice thanking MTN for their support and pledged to behave and represent the brand better.

As part of the sponsorship package offered to the artistes, MTN is subsidizing the concert fees for fans who pay for their concert tickets using MTN MoMo, at the entrance.