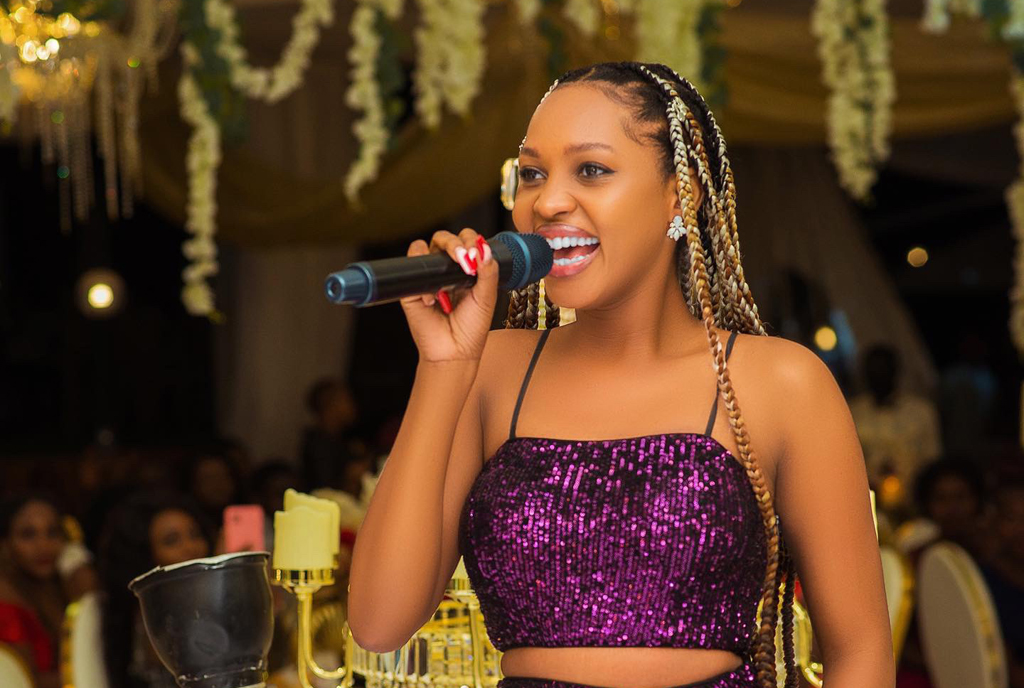 Singer Spice Diana has joined the list of artistes asking the Ministry of Education and Sports to reconsider the temporary ban of music concerts from schools.  During a media interview, the ‘Kwata Wano’ singer suggested that the Education Ministry makes uniforms that musicians can put on for school performances.

“I request they make us uniforms, sportswear in particular so that whenever we are to perform amongst the children, we were them,” she said. Diana argued that students get bored with books and the only people to entertain them are the musicians.

Her suggestion has however been perceived by some fans as a mockery of the Ministry.

A one Mutu suggested that artistes like Spice Diana employ Spokespersons to represent them.

“They should employ spokespersons because they are too relentless with their words. she is still on red for someone dying in her compound but still running her mouth,” he said

“Must you perform in School? First, create content that is suitable for school, most of your music is for Adults.” Ouma Allan advised

Gero Luke said: So instead of negotiating with the stakeholders she has decided to mock them, let’s see who loses!”

“Go and undress before your parents and send those misfortunes to your kindred, not an innocent generation. Why do you want to demonise young souls,” Osbert Byamukama asked.

Some fans however side with her, they believe that a ban on music concerts in schools is a direct attack towards the Arts sector.

“She’s right, the government is trying to block art and creativity by imposing stupid rules and regulations. It’s up to the parents and school administration to figure it out not the artist. The truth is outside there, the kids do whatever they have to do,” said Ricky Mahn Odyek

Katongole Godfrey said: “Cant schools compose their music as it used to be in 80s and 90s? Why bring love songs in schools?”