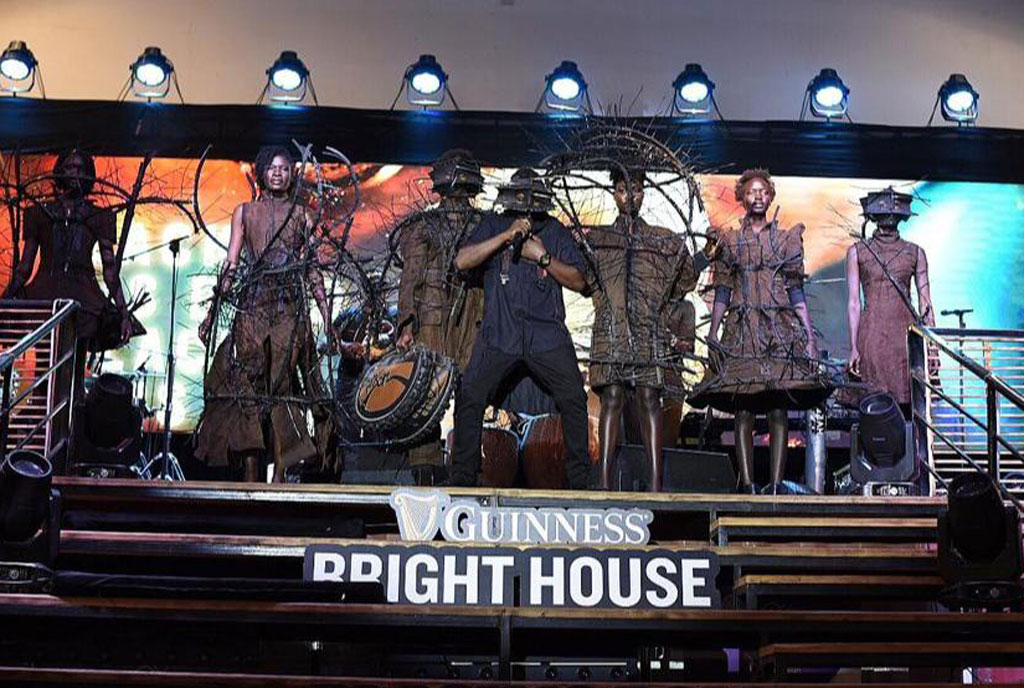 Art is the way of life. Yet this is something that is often forgotten, thus most times artists, not only in Uganda, are always working for acceptance by society, corporate society and worse, by their families.
It is probably what made the Guinness Bright House at Motiv at the weekend an outstanding experience. It was a corporate event that invited creatives, especially contemporary ones and allowed them to be the magic they are.

There was nothing like being over the top, whether you wanted a ghetto influence from Azawi, you got exactly that and yet nothing or no one stopped you from being imaginative and eccentric like Xenson.
For creatives, this was the first time that a company was putting their money where the art is and thus, it was a big deal. 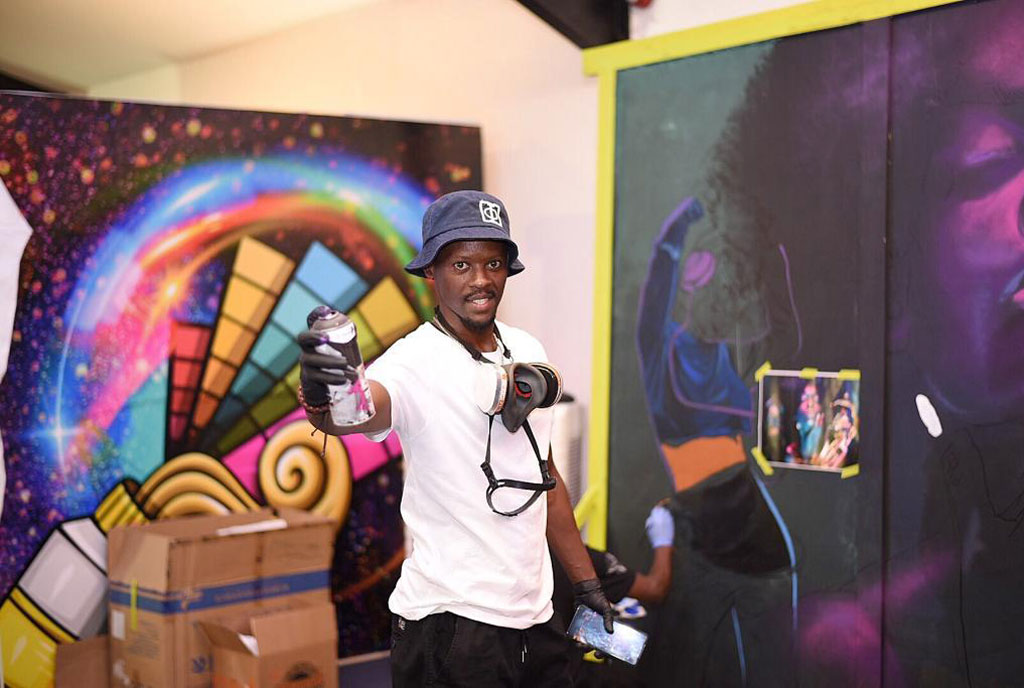 Curated by Swangz Avenue, Bright House brought to the same space some of the best minds in Uganda’s creative economy from fields of fashion, film, drama, comedy, music and visual art. These were people such as Xenson, Kwizera, Benon Mugumbya, Uncle Mo, Loukman Ali as well as sports icons Dorcus Inzikuru and Tony Mawejje.
The idea was to have these creatives talk to ambitious and upcoming creatives that look upto them. In such spaces, they call them master classes. Benon, for instance, took those present through a process of chopping and later sampling a song but also warning people that it is important to get rights for the songs people want to use.

“It is someone’s intellectual property thus they have to give you permission to use their works,” he said.
Other speakers of the night spoke highly about the importance of originality, finding a niche and always remaining true to themselves.
Speaking to content creators, Moses Kiboneka, alias Uncle Mo, talked about the importance of starting small and appealing to smaller numbers.

“When your first video gets about 10,000 views, your chances of falling are higher, there is more pressure that comes with that, yet, if your first video has about 10 views, you will be pushed to improve and work harder,” he said.
He also noted that at the beginning, he made videos on socialites such as Full Figure and Lwasa but noticed the importance of creating content that can cut across. Today, much of his content is about current affairs in the international news and says his biggest audience is not coming from Uganda.

Loukman talked about his journey into film, his desire to make films that look like the films that made him fall in love with filmmaking. But the highlight in his speech was when he played for the audience a teaser of his upcoming collaborational film with Nigerian producer Jade Osiberu, Brotherhood.
Xenson’s fashion showcase embodied the creative African spirit and his poetry and rap performance at the end of it all was a breath of fresh air.

But, of course, the day had its own shortcoming, for instance, it was meant to be a master class but almost became a competition between speakers and participants. With drinks flowing from the time one walked in, it was hard to get excited patrons to listen to many of the speakers of the day. Besides that though, different people networked.