Was Cindy right to chase young girl off stage? 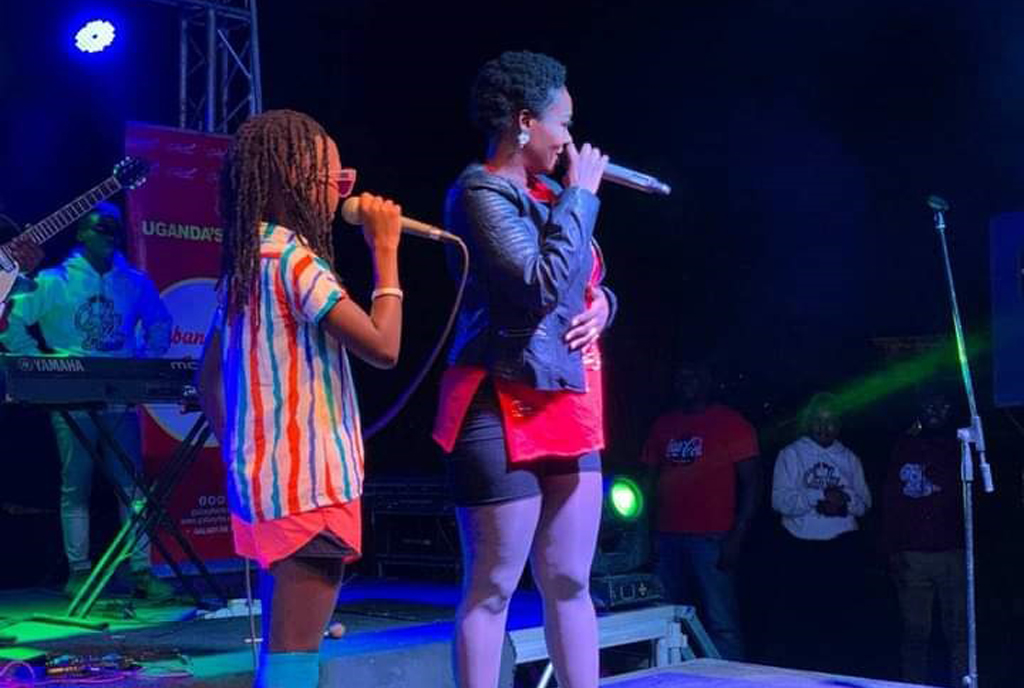 When Nigerian artistes Omah Ley and Tems performed in Uganda during the lockdown when performances were prohibited, singer Cindy Sanyu came out and said it was so wrong.

Over the weekend, Cindy chased an underage girl from performing on her stage because it was late. The nine-year-old who was dressed in shorts, doing a bit of wobble dance as laid on the floor. After Rema’s performance, Cindy who was next to perform got on stage and asked the former to leave citing she did not know about the activities she was doing on stage. According to Cindy, Rema is too young for the night hustle and she doesn’t understand the responsibility of her dress code and provocative dance moves.

This happened at Fusion Auto Spa in Munyonyo.

“We know exactly what we are doing but you don’t. I know it’s talent and I agree and notice your talent and I want to find a way of supporting you but you can’t sing at midnight on my stage that is betrayal. I didn’t know you were the next performer and if I did, I would have refused. Not because I don’t want to support you but because you are still young,” Cindy told the young girl.

She further told her that she’s not yet at the level of doing certain dance strokes on the stage. “That is just my opinion. I would like you to get off the stage now. I’m sorry because I don’t want to be in the position of refusing young kids to perform. It’s so weird for a young girl to be on stage and do things she doesn’t know.”

She also suggested that child entertainers perform at places fit for them as children because singing in bars at night not only exposes them but also, derives from them the right of being a child.

Cindy’s parental control move triggered mixed emotions amongst her fans. Some believe it was the right move done at the right time while others say It is right to strike while the iron is hot.

Bwambale Frank said: “As a parent, she did right but at least she had to do that away from the stage in the interest of the little girl’s emotions. You don’t say such in her face before everyone else. That’s too much and depicts you Cindy as a politician exploiting the moment to trade your UMA ambitions! Genuine scrutiny would not have been before that audience!”

“Your right at the wrong place. You would have waited for her when off stage then talk to them secretly with her manager as well as her parents, support her, make sure that she performs at a right time in the right place.” Said Harriet Nanyonga

Klain Kay said: “How many of you discipline your kids in private when they do wrong, some emotions can’t be controlled. You want others to learn a lesson, which self-esteem are people talking about, let her be put in a boarding school. Cindy they will thank you later.”

Was Cindy right to chase the little performer off stage or did she cross her boundary?