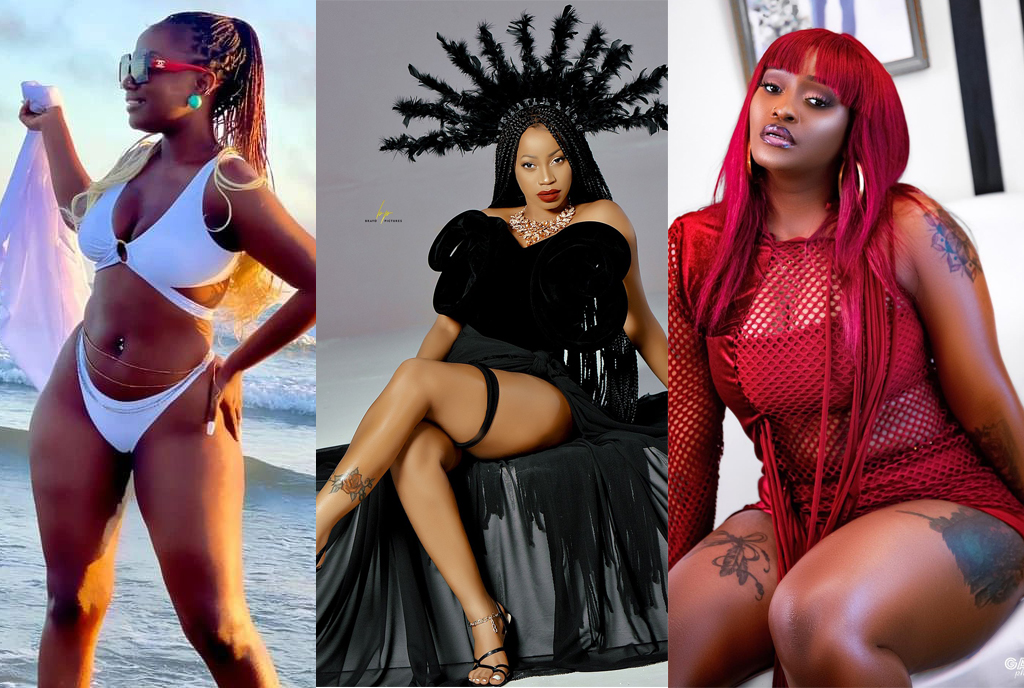 On March 12, 2018 the pornography control committee vowed to cause the arrest of musician Sheebah Karungi over indecent dressing. The committee members further warned all musicians to stop dressing inappropriately in public lest they get arrested.

Days ago, singer Sheebah clapped back at Tororo Woman MP Sarah Opendi’s proposal to ban musicians from performing in schools.

The MP wants music concerts banned from schools because musicians dress inappropriately and dance seductively while performing before students. She argued that musicians can contribute to a morally upright society, a statement which has since been trashed by the Nkwata Bulungi singer.

While Sheebah feels the message was directed at her, she is not alone. The list of Ugandan female artists who prefer to expose so much of their skin seems to be growing.

Below is a sample of the list as witnessed during their music shows;

Pia pounds started off well. She became popular after getting signed to Big Talent in 2016. Along the way, Pia seems to have learnt that her body and skin outplayed her voice and lyrics. She has since been feeding her fans with a little bit of good music and more of her skin by her skimpy dress code.

Winnie Nwagi has everything! The voice, the body, the energy and good management but still, she prefers to pose and perform almost half-naked. She is living her moment and always has the right responses to critics who mind her dress code. In her recent posts on social media where she appears indiscreet, he followers are seen showering her with praises for having a great body and vibe. This is either because they learned to love her for who she is or they are afraid of getting blocked.

Lydia Jazmine sometimes forgets that she has a sweet voice especially when focuses on posing almost half naked.

“The way you put everything out is like you have nothing inside,” one Mukisa Mowzes recently commented on Lydia Jazmine’s dress code.

Fans have many times asked Lydia to feed them with music instead of dressing like “Sheebah.” Some assume that Jasmine only dresses inappropriately when she is about to release a new song.

“I knew there was a new song coming the moment you started putting on like Sheebah.” Ramlah Alyshumal, one of Jazmine’s followers commented ahead of her Omutima song release.

Jazmine is however, appears unbothered by such criticisms. She recently told Spark TV that critics cannot influence her lifestyle. She further urged fans not to get involved with the way she lives her life.