I am ready to collaborate with Ugandan female artistes - Tiwa Savage 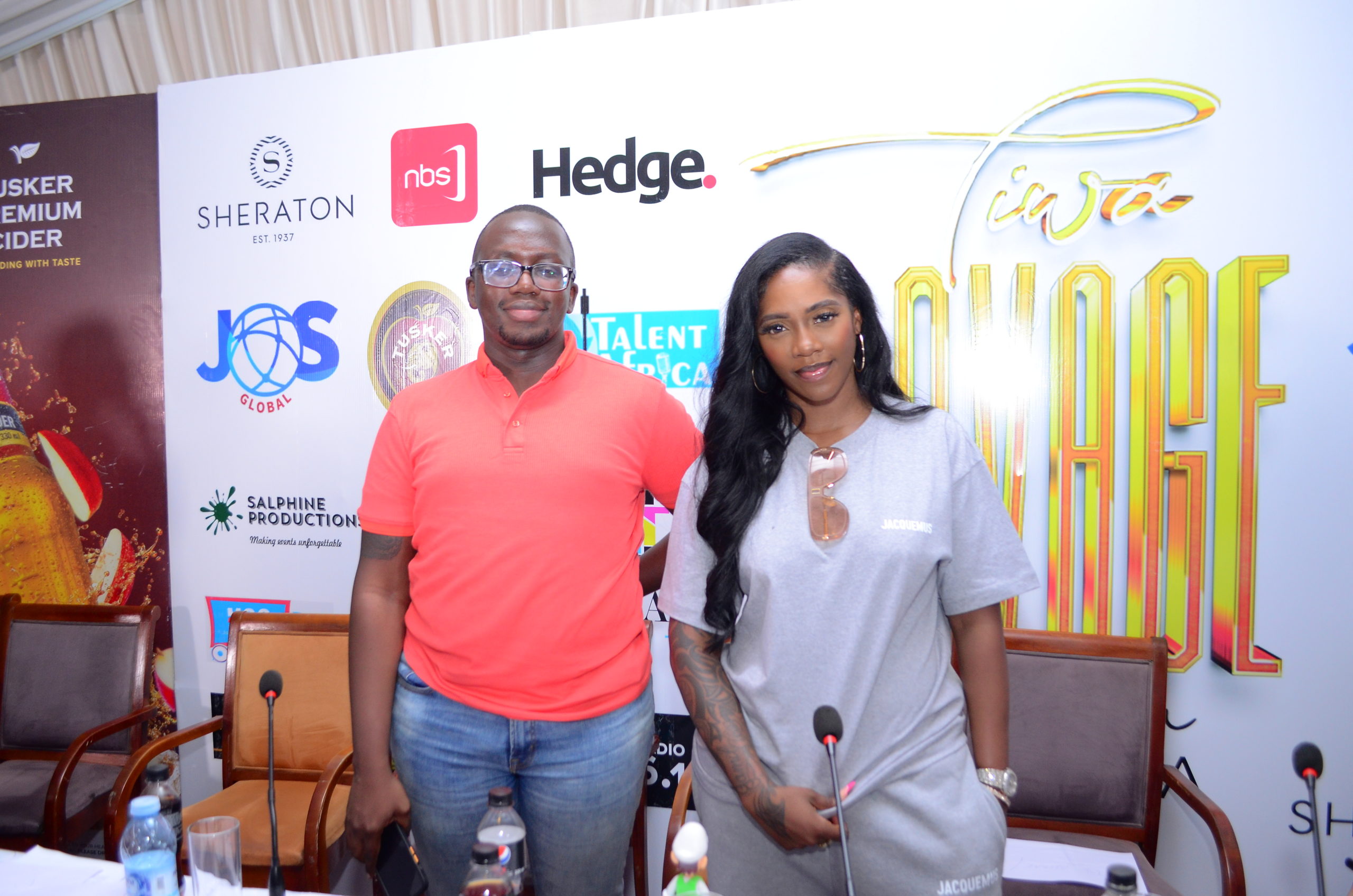 Nigerian Afro-beats singer, Dr. Tiwa Savage is in Uganda a head of a concert slated for this Friday the July 29, 2022 at the Lugogo Cricket Oval alongside an all-female line-up of acts.

Organised by Jos Global and Talent Africa, and sponsored by Tusker Cider, the Tiwa Live in Kampala concert will be held under the theme, “Who Run The World?”, and will feature performances from Winnie Nwagi, Cindy Sanyu, Vinka, Karole Kasita, Sandra Nansambu, Lamu, Laika, Jowi Landa, Sandra Suubi, and DJs Zato and Alisha.

The Queen of Afrobeats is in Uganda for the second time, following her 2015 Women’s Day concert at the Kati-Kati grounds in Lugogo.

While addressing the media at a press conference on Thursday July 28, 2022, at the Sheraton Kampala Hotel, the ‘Eminado’ singer – who was recently awarded an Honorary Degree by the University of Kent – said, “I’m very excited to be back in Uganda. My last trip here was filled with so much love and positive energy and I just had to do this beautiful nation justice once again. It’s also another opportunity to follow up on some personal charity projects that are very close to my heart.”

Tiwa is passionate about the plight of underprivileged women and is involved in various projects that provide support to teenage mothers in Uganda.

She added that she will also use this opportunity to make some music with Ugandan artistes. “

Since I am here, I am open to making collaborations with Ugandan female artistes because Uganda has great talent,” she said.

In 2016, Savage signed a management and publishing deal with Jay Z’s Roc Nation and has since released two albums: R.E.D and Celia, with the latter featuring songs like Koroba and Ole.

Johnson Ajoreyo, CEO of the global event management group – Jos Global – said, “We are thrilled to see ladies like Tiwa dominating the international music scene, and we can’t wait to see the international opportunities that await each of the strong female talents on the lineup. Ladies, the world is your oyster.”

While speaking on behalf of Tusker Cider, Simon Lapyem, UBL’s Innovations Project Manager said, “This concert is yet another opportunity for Tusker Cider to create deeper bonds with our consumers – who are looking for an easy-drinking yet rich and flavourful taste to accompany their good times. We look forward to hosting you all at the Cricket Oval tomorrow and for you, we have prepared several fun experiences and great deals on Cider for your enjoyment.”