Filmmakers rally together for Esteri's health 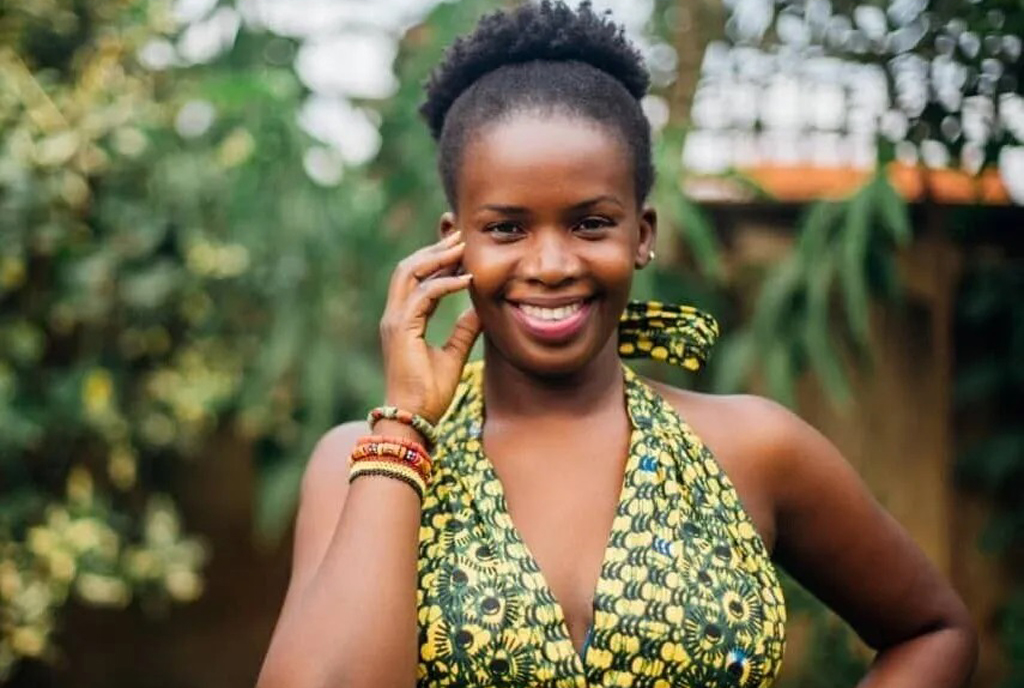 Filmmakers in Uganda have come together and organized a fundraising movies screening show dubbed stars for a star to save actor, screenwriter, director, producer, visual artist, and dancer Esteri Tebandeke.

The show is to help Esteri meet her kidney transplant & medical costs. She needs $87,500USD about Shs323.75M

Slated for July 15, at the Uganda National theater, three of Esteri’s movies; Imperial Blue, Little Black Dress, and Family Tree will be screened at an entry fee of Shs20,000.

In a video shared by filmmakers and well-wishers, Esteri reveals that she found out that she has chronic Kidney disease in 2015, the same Year her film and acting career got the green light.

“I have had to deal with this disease for seven years and I will not say that it’s all been easy, it hasn’t been easy. My husband and I have been trying to manage for the last seven years but then it took a turn for the worse last year.” Esteri reveals.

She is however optimistic about her recovery. She hopes to return the favor to the film industry after her recovery. 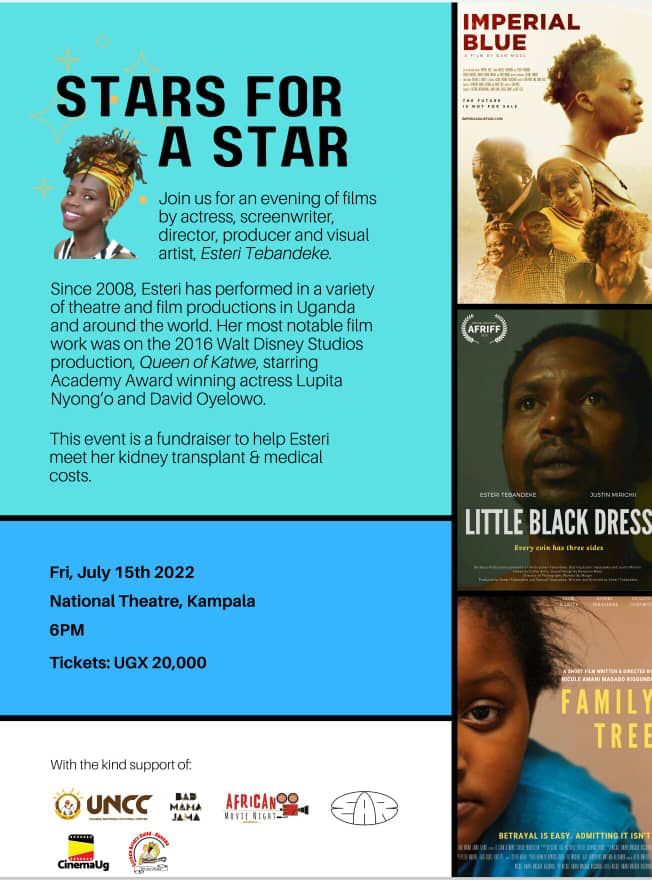 “I think about surgery, recovery, I think about all these things that I want to do. All these dreams that I have and I don’t know if I will be here to live my purpose because I believe my purpose is to bring joy into the world through my art.” She says.

Since 2008, Esteri has been performing in various theatre and film productions in Uganda and around the world. Her most notable film work was on the 2016 Walt Disney Studios production, Queen of Katwe, starring Academy Award winning actress Lupita Nyong’o and David Oyelowo.