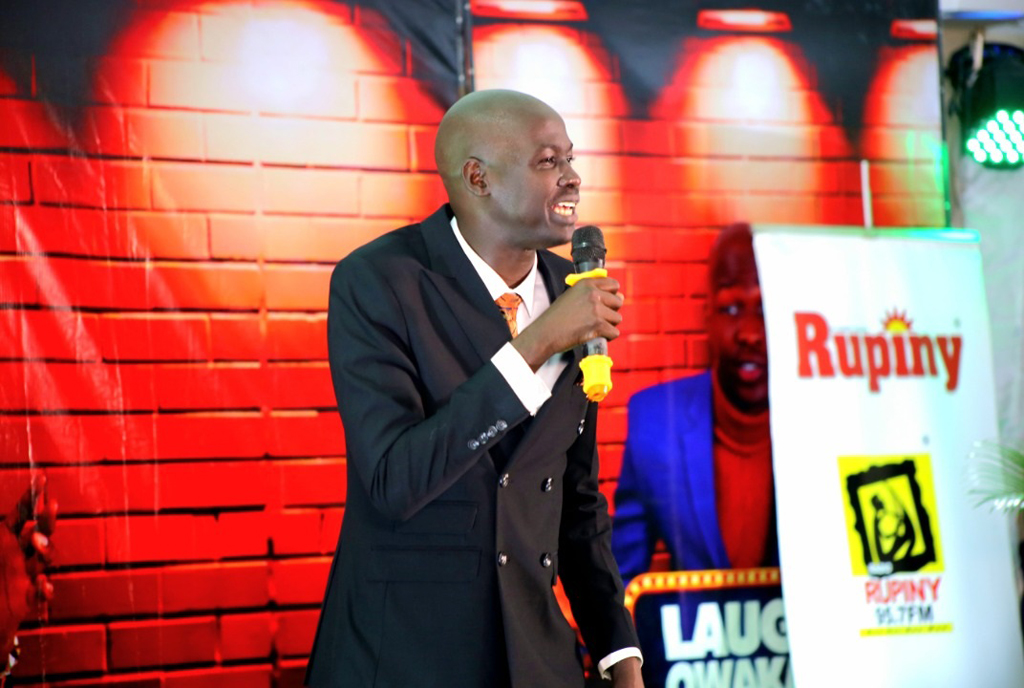 Comedian Eric Omondi from Kenya was last Friday booked by Mc Kash Owakabi to perform in Gulu. The show dubbed Laugh with Owakabi that happens in Gulu every week had a special edition last Friday. Apart from the host Mc Kash, Eric Omondi and Dr Hillary Okello were the highlights of the night.

The show started at 6 pm with Gulu-based comedians doing their thing in Acholi, a language well known to all the people in the audience. The comedians included Ojur kwon, Banana Joe, slender boy, and many more.

MC Kash who was the host kept on cracking some jokes as he leaves the stage to call on another comedy act. Before all, the show kicked off with a live band session that last about one hour. 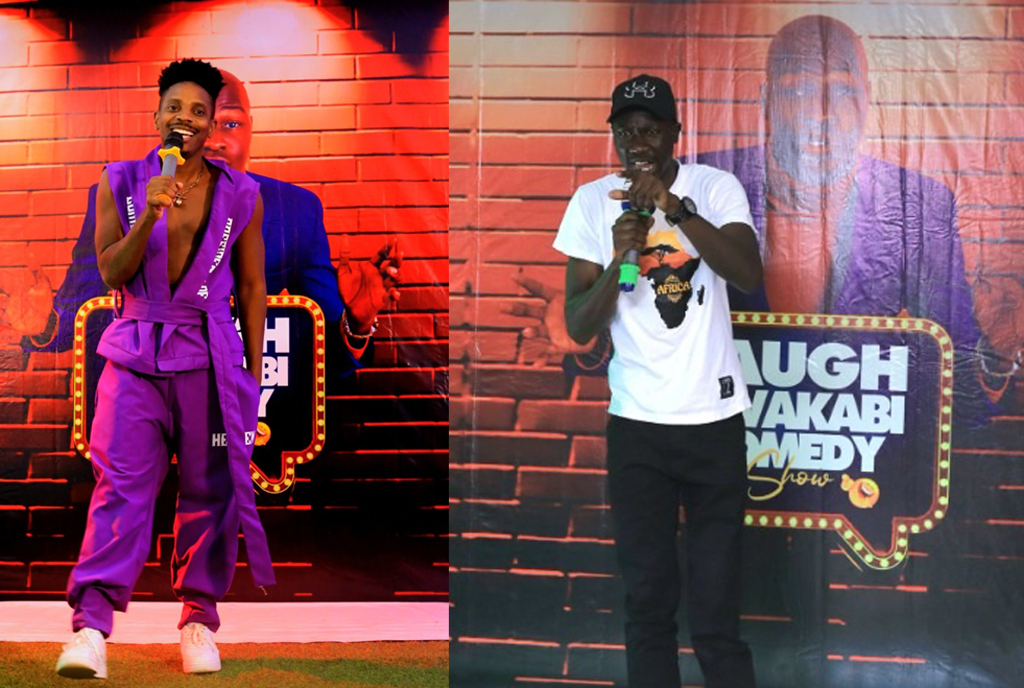 Dr Hilary who never disappoints whenever he gets on stage surely understood the assignment in Gulu. He made the audience laugh from the time he got on stage to the time he left the stage. Dr Hillary performed plenty of jokes that left the audience in a bout of uncontrollable laughter, among these was a joke about how women enjoy the club more than men…saying women have freedom in the club as they can even dance with one another, but men would never do the same in Uganda.

When it was time for the main man to come on stage, Eric Omondi showed up with too much energy and vibe. His jokes never disappoint as they kept the audience all smiles and some were seen wiping their faces after their eyes became teary because of too much laughter.  Omondi who was the biggest highlight of the evening did jokes about how American rappers like Drake throw their chains to the audience while performing on stage but in Uganda, an artiste throws the chain and jewelry to his manager who is behind him.