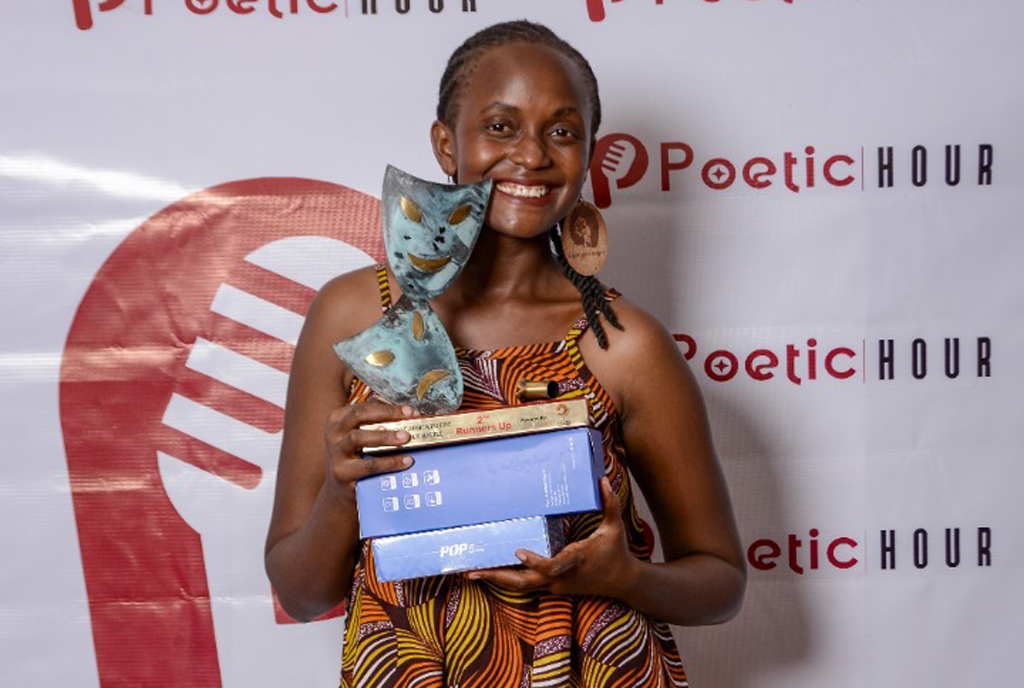 The East Africa Poetic Hour Battle that happened recently in Kenya had Uganda’s Destiny Gladys Chaiga aka The MidNight Owl, who just didn’t stop at participating but was also one of the big winners at the competition.

The event happened on the 20th of May 2022, under the theme of “poetry for climate justice”, at the Victoria Comfort Inn- Kisumu.

Chaiga was the second runners up in the highly contested competition that had 15 poets competing out of the 62 who had applied from Kenya, Uganda, and Rwanda.

This was after her two poems ‘Breath’ and ‘Gone at midnight’ impressed the judges but were not enough to make her the overall winner. 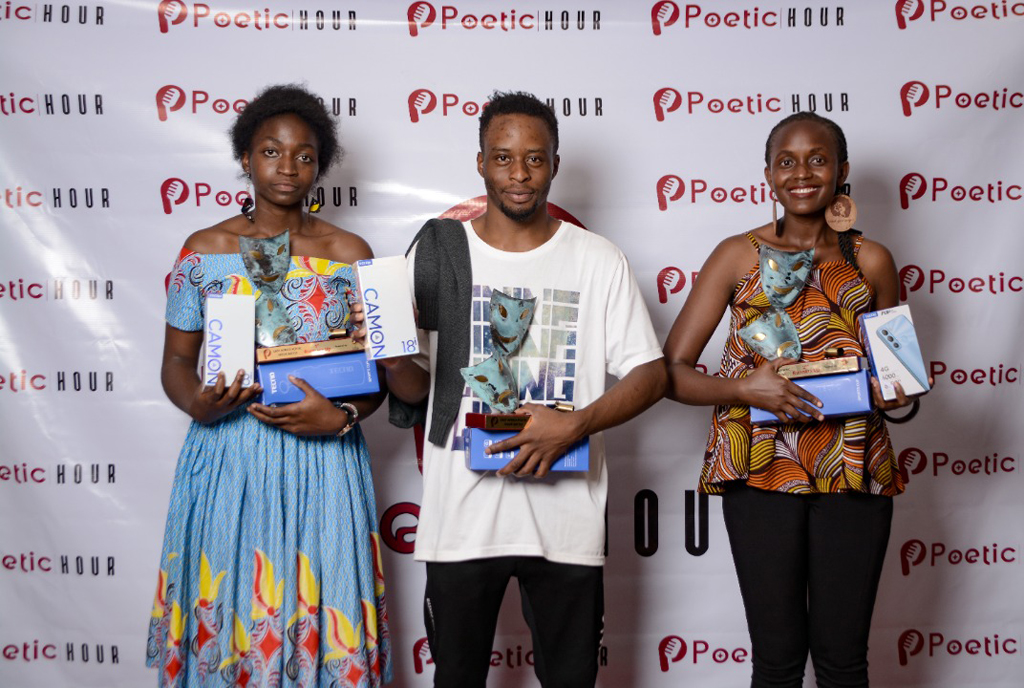 The audience voted Mbize The Poet from Kisumu Kenya as the winner while Gleeh the Poet from Kakamega also Kenya was the first Runners up.

They were awarded trophies and other prizes like drinking water bottles and Techno phones for their triumph.

In the morning hours of the competition day, we had a mini-workshop with the sponsors of the event i.e Kenya Cultural Centre and World Animal Protection

The contest was done in phases with elimination at each round. The first three rounds were judged by a panel of three judges; Mr.Oluoch Madiang, Ms. Anyango Nyar Aketch, and Mr.Tije Tj Janabii Puthrambaka while the final round was determined by the audience. In each round, poets were given 4 minutes.

Three poets qualified for the competition out of the 12 Ugandan applicants. Besides Chaiga, there was Afroetry Carolyn (Team Leader of Echo Minds Poets and also Vice President of the Uganda Poets Association) and Irene Agugu (Member of the Klan Poetry House and Ladu Poetry House). 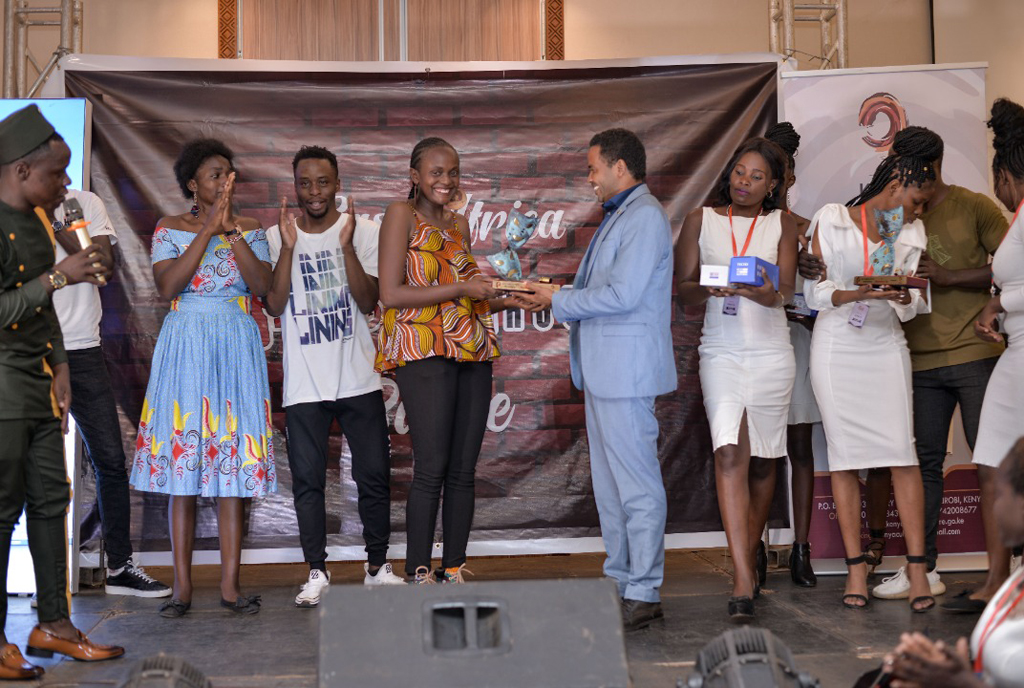 She is a Ugandan poet affiliated with the Echo Minds Poets (Uganda’s first all-female poetry group) and her poetry stems from different societal issues that she has observed in communities, her experiences of life, and her future aspirations.

About the East African Poetic Hour Battle in Kisumu

The East Africa Poetic Hour Battle is a yearly gathering of Poets from Kenya, Uganda, Rwanda, and Tanzania at the shore of Lake Victoria in Kisumu City-Kenya, to celebrate East Africa’s Poets and Poetic Culture with the objectives:  Harnessing voices from different stakeholders using Poetry and Art as a social tool of change in climate justice, make Ambassadors of climate justice out of the competing poets and audience, offer a networking platform for corporates, create an exhibition and sales platform, diverse cultures along the lake promoted and bringing together the East Africa community through art and enhanced peace and stability across Kenya, Uganda, Rwanda, and Tanzania.