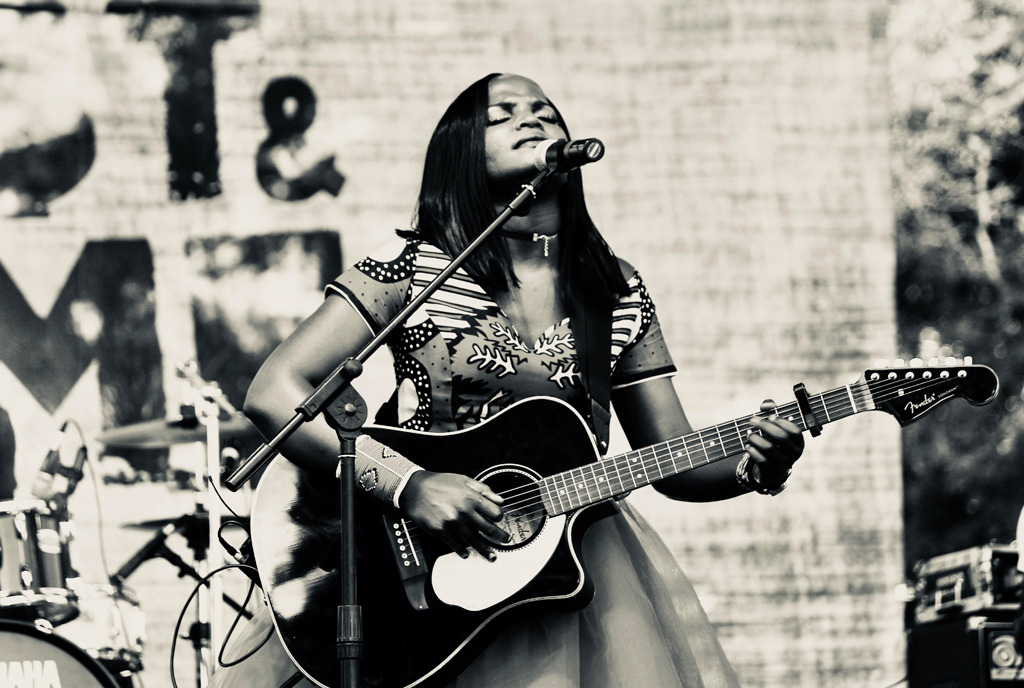 The hard times of Covid-19 might be behind us but the pandemic left a lasting effect on most people’s lives. Two years with the industry closed, some entertainers concentrated on personal businesses while others resorted to recording albums. Shifa Musisi did both.

She spent most of the lockdown on designing clothes and running her gardening business yet also recording an album.

The eight-track album titled The Dark and Happy Times, was produced by Michael Fingaz while Loukman Ali and Bob Dickson were behind the visuals.

Shifah Musisi says the album is special to her because all the songs on it explore the trials and tribulations of life from her perspective.

“This album explores love, family, friendship as well as the trials and tribulations of life from my perspective,” she said.

Among the songs on this album include, Taata, which is dedicated to fathers.

“They say the bond that fathers forge with their daughters is unbreakable and in this amazing song, I explore the unbreakable bond that I share with my dad.”

She declares that the strength of this bond will always supersede any other she can ever form with anyone else.

The second song on the album is Emirembe, a song about peace; the peace that comes from being loved by the right people and in the song, Shifah speaks about how someone comes into your life and wipes away your tears, giving you immeasurable peace in the process and how thankful we should be for such people.

Kusema, which means ‘to speak’ in Kiswahili, sees the artiste spread her lyrical wings to take on East Africa with a song that beckons her imaginary lover to say something to calm her anxious heart.

On Munsi Eno, song in which she features guitarist Charmant Mushaga, Shifah Musisi talks about the relationships created in the world, which becomes essential in people’s lives.

“Friendship is a key component of human life and once we meet friends who are there for us through thick and thin, we should hold onto them forever,” she adds.

The Dark and Happy Times album is Shifah Musisi’s second studio album after Olugendo and will be released later this year.