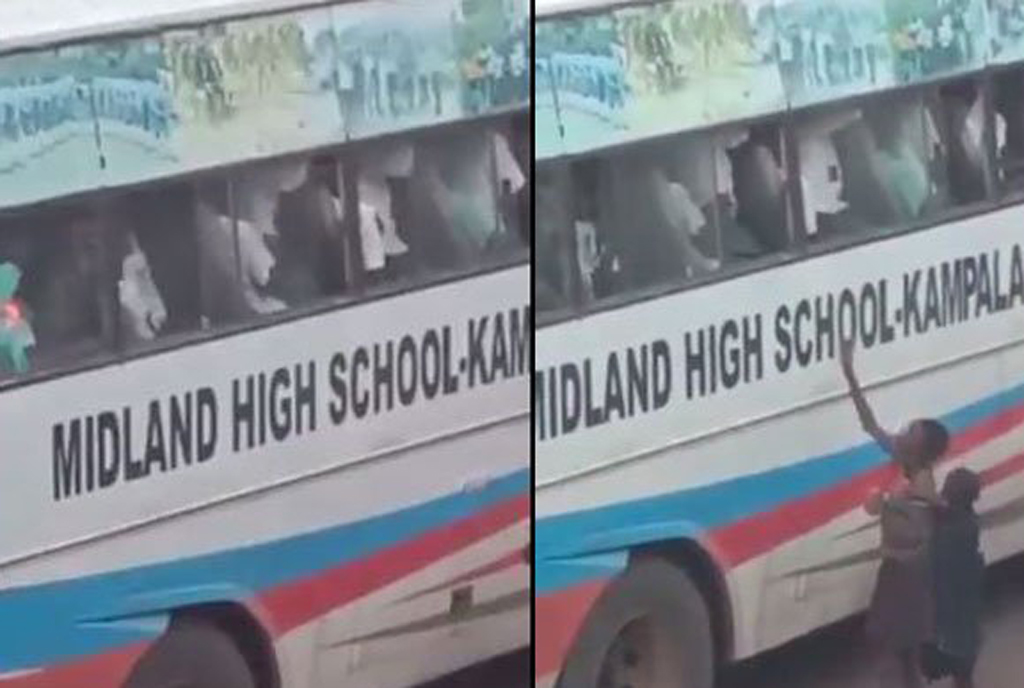 “The Ministry of Education and Sports is aware of the incident on Midland High School – Kampala bus and shall liaise with relevant agencies of the State in establishing the facts and informing appropriate action,” the ministry’s spokesperson, Mr Dennis Mugimba tweeted moments after police also said they had picked interest in the incident.

During the weekly press conference at police headquarters in Naguru, Kampala, the Force’s spokesperson, CP Fred Enanga released CCTV footage of the weekend incident and said the responsible persons will face charges of negligence when detectives are done with the probe.

“Our investigations are going to zero on Lubiri High School because we have footage which shows the movement of the bus from Midland High school up to Lubiri, picked the students, took them for the agricultural show in Jinja and how they returned,” Mr Enanga said.

He said teachers and the bus driver are persons of interest in the probe.

In the video that went viral on social media sparking debate among internet users, some female students were filmed through the bus windows performing lap dance with what’s suspected to members of the opposite sex while being transported in a bus that Lubiri high school had hired from Midland high school.

“Such inappropriate behavior was condemned by a large section of members of the public including parents, guardians, educationists, and the general public because of the potential of impairing morals in students, promoting acts of gross indiscipline in schools, and also tainting the moral fragment of our society,” Mr Enanga told journalists.

He added that the task team investigating the matter is being headed by the commissioner, gender-based violence department at Criminal Investigation Department (CID) headquarters, child and family, Information and Communication Technology (ICT) and once investigations are concluded, the force will take action against the individuals.

“The big question is, how the incident occurred on a school bus, without the knowledge of the school staff, driver, we are going to establish if a teacher was on the bus with the students or was supposed to be with them and did not, whether protocol on safety and security of students was observed, who organized the field tour and the list of students that were on the bus,  and if any students used their power to exploit other students that were on the bus if any students were victimized by other exploitative students,” Enanga said.

In a statement shared through WhatsApp and dated June 12, 2022, Lubiri high school said they take a stand on the actions taken in the video to be just “a mere dance which is part of the school’s co-curriculum activities.”

“As Lubiri high school, however, we apologise to Midland high school where we hired the school bus and the public at large for the alleged misconduct,” the statement reads in part.