Playwright Christopher Mukiibi back on stage after 44-year break 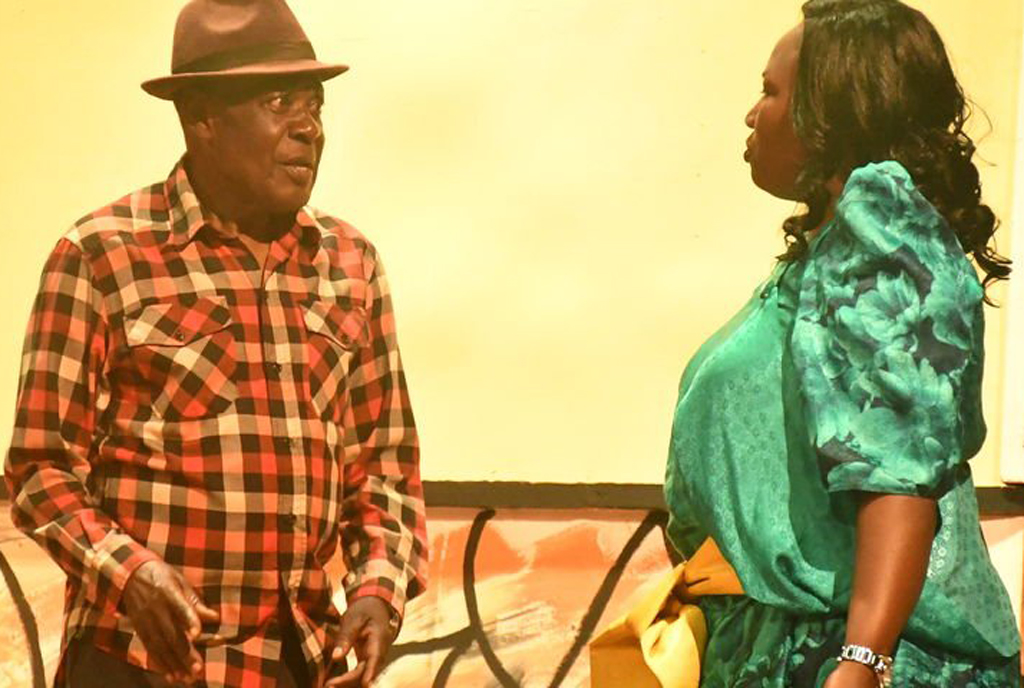 Veteran playwright and actor, Christopher Mukiibi is back on stage after a 44-year hiatus. He leads a cast in his 1976 play titled Abassa N’abassa which is on at Uganda National Cultural Centre in Kampala for shows on Friday, Saturday, and Sunday at 3pm and 7pm on the respective days.

The play is anchored on the thematic concerns of trust around the institution of family. The friendship of two close friends and neighbours, Kasirye and Dan are in the spotlight when each of them choose to engage in extra marital affairs.

Kasirye starts dating the daughter of Dan while Dan also dates the daughter of Kasirye. Both are senior citizens and use money to lure the girls, young enough to be their daughters, and in the end impregnate them.

It is as shocking as can be when their two wives find out about the embarrassing affairs. At 83 years, Mukiibi, the playwright, along with ‘The Legends’ theatre outfit seek to bring out the moral decay that’s eating up society where those who should be the champions of morals turn into transgressors.

He also turns the spotlight on young men who are happy to engage in several affairs with different girls and women old enough to be their mothers, unmindful of the dangers of contracting sexually transmitted diseases like HIV/AIDS.

Abassa N’abassa is a proverbial title of a Luganda saying ‘Abassa N’abassa Tebasingana Mpaka’ which loosely translates that two wrongs don’t make a right, and in the case of two friends who secretly seduce each other’s daughters but unknowingly being seen and observed by someone who starts spreading word about their selfish nature to village folks.

Mukiibi delivers his message through the rumour mill, common in African society as well as asides, as the two main protagonists think out loud on stage, and let the audience in about their evil and mischievous endeavors.

The setting of the play is along Toga Street where it all happens. Through a phone repairer and blacksmith, so much is known because they exploit their presence on the street to poke their nose in each and everyone’s affairs.

The playwright uses them to weave sub plots that tackle other societal issues like poverty in homes. A case in point is a domestic one where in one home the husband loses a job and ceases to be the breadwinner.

The wife is endlessly quarrelsome, using demeaning words to describe him for not playing his role as the man in the home.  In response, he reminds her of the days when he was gainfully employed and provided for the home.

She won’t have any of his explanations much to his chagrin. Economic injustice and corruption find a common ground when city council personnel round off vendors and arrest them until some bribe their way to freedom.

Some women unashamedly practice prostitution, not by standing by street corners and baiting men but by having men they will engage with in exchange for money and when two men collide, the woman tells them to respect the fact that each was allocated a day they will be ‘seeing her’.

Mukiibi also touches on the issue of sending boda bodas (commercial motorcycles) out of town, and the effect it might have if people lose gainful employment and turn into criminals.

Nonetheless, Abassa N’abassa is presented in an entertaining way which lets the patrons in the audience have laughter but also learn something from the play.

National Theatre’s Public Relations Officer, Robert Musiitwa says that they have brought back the legends because young people need mentorship which has been lacking in the arts and culture sector.

“We all know that without mentorship, success in any discipline is just impossible. Secondly there is a need for smooth transition and succession. Soon Mukiibi and his peers will be offstage hence the need for people who will take over from them and finally having legends back is one way we fulfill our mandate of preservation as UNCC besides reviving theatrical activities after lockdown,” Musiitwa explains.

Mukiibi, formerly of The Theatricals’ and Kayayu Film Players, has produced 43 plays. He says that they plan to bring back more of their plays on stage soon.