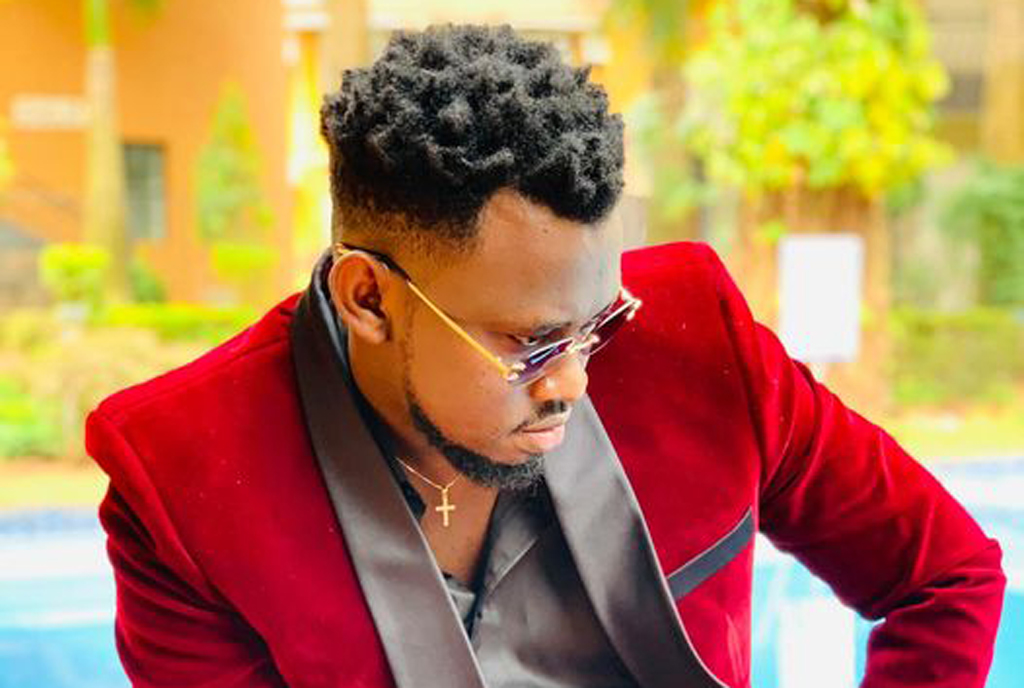 Gospel singer Sam Lukas Lugolobyo aka Levixone has postponed his Mbeera Genesis concert to the 26th of November from the 3rd of September this year.

The event will still happen at Kololo independence grounds but the reasons for the push have not been stipulated.

“Greetings my lovely people. I am writing this letter to inform you that unfortunately, our concert entitled Mbeera Genesis concert’ scheduled for the 3rd September at Kololo Airstrip has been rescheduled to the 26th of November, still at the Kololo Airstrip grounds due to unforeseen circumstances,” a document we have seen reads.

Levixone was initially supposed to have this concert two years back but Covid disrupted his program.

However, this is not the first time he is postponing a concert as earlier in 2015, he was supposed to have his a Reggae Worship concert on the 26th of April at Kati Kati Grounds but pushed it with no clear explanation. 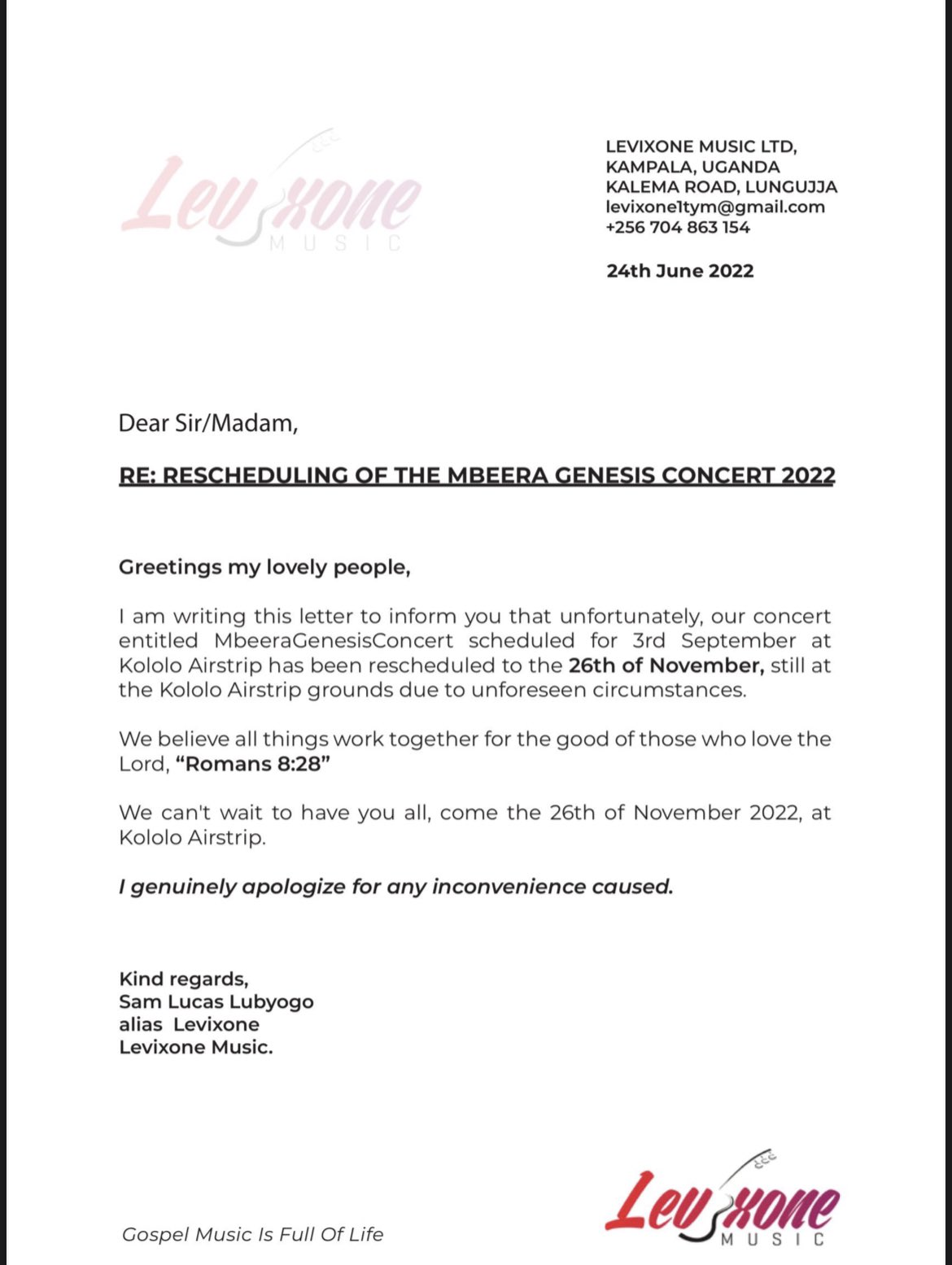