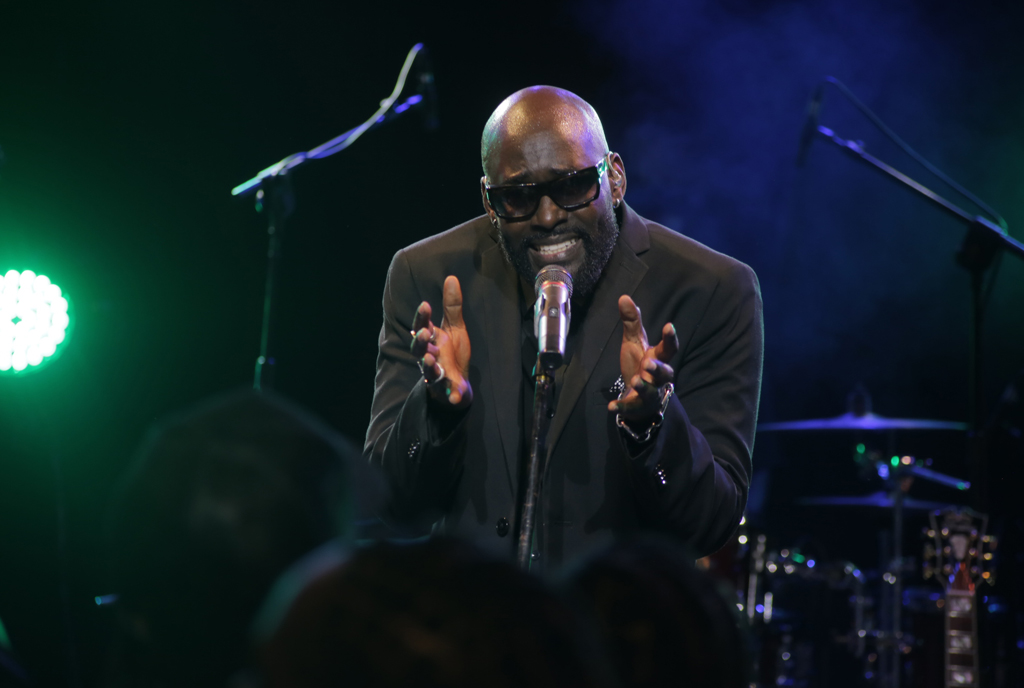 The Road to Kirya features is a 12-track album. Photos / Andrew Kaggwa

If there is one thing the pandemic taught Ugandans, it is that there is more to music than what the local TVs and radios serve. Just think about the number of soul and folklore artistes who have held concerts ever since the economy was reopened or those that have released albums.

For instance at the beginning of the year, Kenneth Mugabi released the People of the Land, his third album and the past few months both Susan Kerunen and Maurice Kirya gave us From Ashes We Rise and The Road to Kirya respectively.

On Friday, Maurice Kirya held a listening party at Design Hub in Industrial Area.
For Kirya, having his first show in two years was a big deal, the choice of venue was one his diehard audience has become accustomed to. It is at this place that he held his last concert in March 2020. The world knows the rest of 2020.

Over the years, Kirya Mwooyo as he at times calls himself, has given us albums that are literally plucked out of his incomplete life story – think about the drama that surrounded an earlier relationship with a one Jemimah Kyazze and the songs that made up his 2015 album, Mwooyo.

With albums such as Misubbaawa, The Book of Kirya, Free Dreams and Beyond Myself, the artiste has created a catalogue that does not only talk about life using his personal experiences but also uses it to critique society on songs such as Munonde, Headmaster, Echoes and Don’t Wanna Fight.
It is funny how it is hard to even get him to perform these songs these days.

Celebrating Soul
The Friday listeners party was set on a backdrop of celebrating Ugandan Soul and RnB’s journey, present and future. For instance, the show gave us promising acts such as Ruth Kamanzi and Andereya Baguma, while we also got to enjoy the present voices of Soul such as JC Muyonjo, Sam K!mera and Kenneth Mugabi. 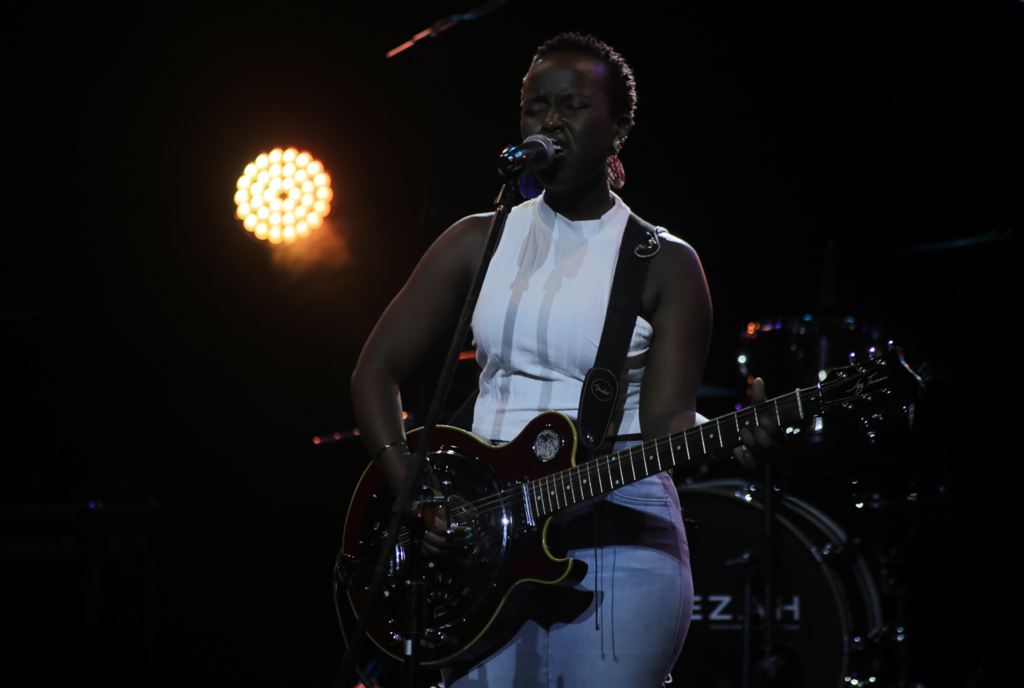 This album’s release strategy is not what we can claim to have followed. It is like Maurice Kirya had recorded and performed most of it by the time he started talking about it. But then he involved us in the process of making the album art and parts of mixing and mastering it.

The first single off the album was released with visuals of a performance. This was Entebbe, another song paying homage to the place that houses Uganda’s only international airport; the visuals of the song have Maurice Kirya performing with his band and in all fairness, the song sounds better as a performance than on the album.

The song is also the first on the album – lately, it has been his token song, he starts performances with its instrumental but usually performs it last.

Sejjiga, where he sings about a girl who walked into his life and left him with the flu, was one of the songs that he got to perform on Friday. He enjoys performing the song and even when it is still new, it is surprising that some of the Kirya loyalists already know the song word for word.

These usually run closer to the stage when he gets on it and turn shows into a chorus of sorts; they know the ad libs on songs, dance breaks and at times play instrumental parts using their mouths. 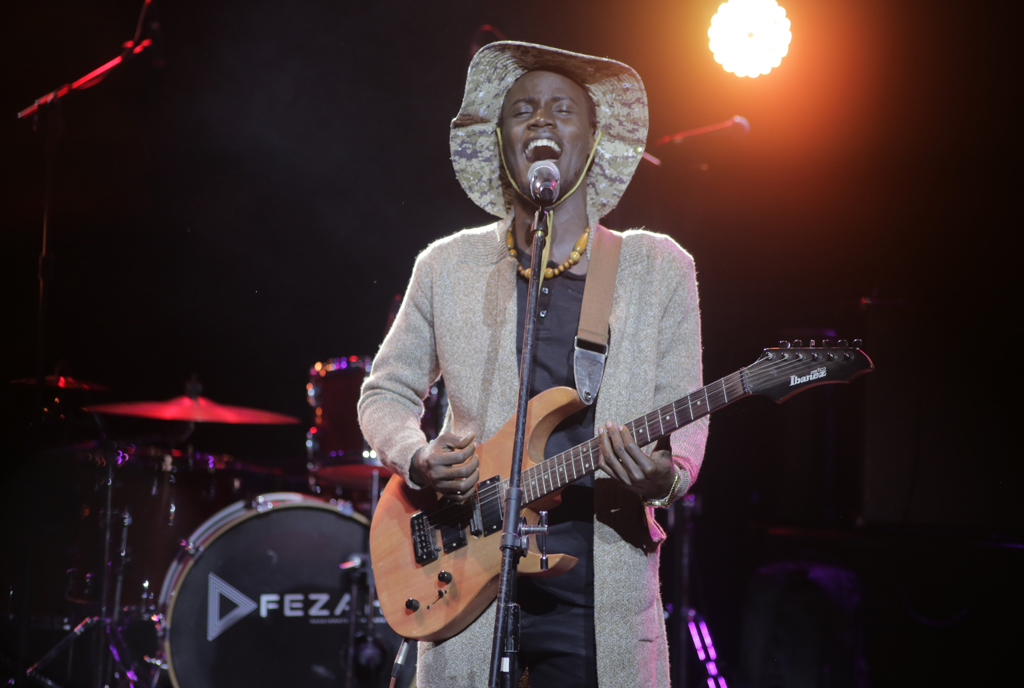 The Road to Kirya is the man’s sixth album and unlike his past albums such as Free Dreams and Beyond Myself where he kept trying out as many styles to the extent of veering towards electronic and a bit of dance pop on songs such as Dreams are Free or Heart Back, this album seems to tap into the Maurice Kirya that gave Ugandans the poignant love songs Boda Boda, If I Ever, Malaika and Warrior from Misubbaawa or the same that made an auditoria sing that they were raised in the Kirya era even when they knew they were actually older.

Heavy on Blues
The Road to Kirya seems to appreciate his older self and seems to quit experimenting with genres. The album is heavily blues and at times it is not apologetic about it. A song such as Passport, which he only played without actually performing, would on any given Sunday find its place in a playlist that features Charles Bradley’s Changes or even Michael Kiwanuka’s Final Frame.

The album has a number of songs that stand out, such as Yakutondela, not yet famous with his audience but will soon become, Akasolo, Kunswaza, My Woman and Betina.
The 12-track album was entirely written by Maurice Kirya.