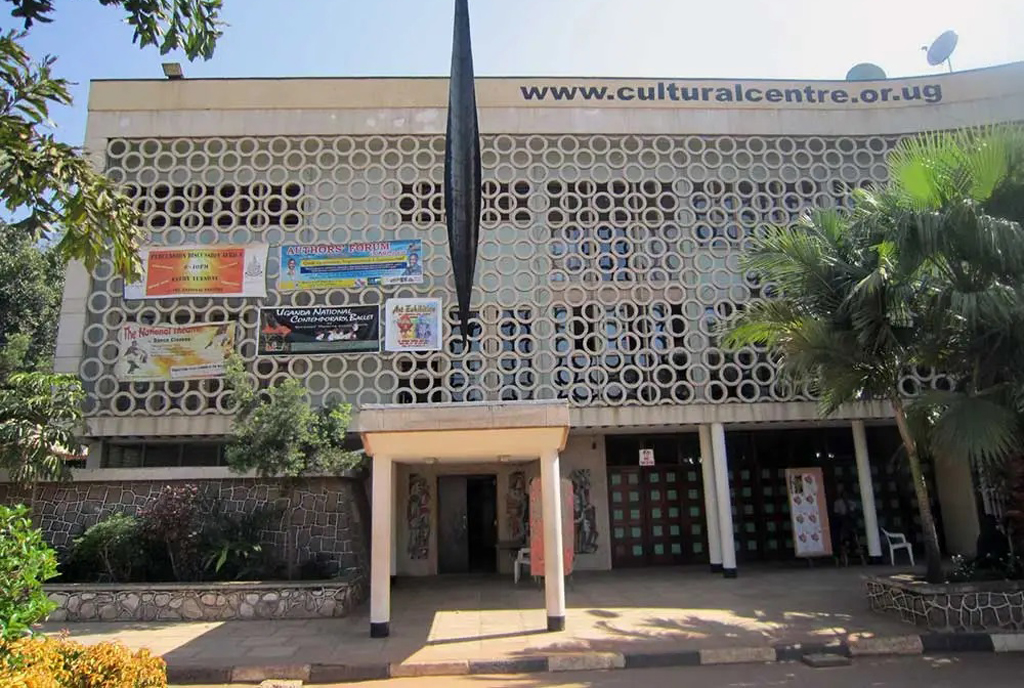 Established in 1959, the Uganda National Cultural Centre (UNCC) is a statutory body charged with providing and establishing theatres and cultural centers in the country, encouraging and developing cultural and artistic activities, and providing a home to societies, groups, and, organizations in art, culture, and entertainment.

As the country strives to revitalize the arts and culture sector, practitioners in the field are blaming the delays and apparent stagnation on Uganda National Cultural Centre, which they say is sleeping on the job.

Established in 1959, the Uganda National Cultural Centre (UNCC) is a statutory body charged with providing and establishing theatres and cultural centers in the country, encouraging and developing cultural and artistic activities, and providing a home to societies, groups, and, organizations in art, culture, and entertainment.

However, a section of people in the arts and culture sector think that the agency abandoned its role. Dr. Micheal Muhumuza, a lecturer at Makerere University’s Department of Film and Performing Arts, observes that the present leadership has failed to keep up with developments in the sector, trailing behind and fading into obscurity.

Dr. Muhumuza says UNCC has failed to comprehend its role, and hence continues to hover over Kampala even though it is a national body that has to mold culture and the arts into a development industry.

The colonial administration built two major components of UNCC, the national theatre, which seats 400 people, and the Nommo Gallery. At the time, the two facilities were serving a tiny group of ex-pats in the country.

With time, however, the center was given a national mission to foster culture. According to the 2006 UNCC policy, there is a general lack of understanding of the importance and value of Uganda’s art and cultural heritage in achieving its development goals.

According to Dr. Muhumuza, UNCC had to be entrenched in communities to fulfill its purpose, and community centers were constructed at the time with a cultural officer connected to them. With cultural officers being phased out, he continues, “promotion of art and culture at that level was disconnected under the watchful eye of UNCC.”

The lecturer further says that UNCC has also failed to promote culture and creative arts in schools, which could have been a good area to tap into. Recalling the past, Muhumuza says that arts and culture were rooted in education institutions mainly in the 1980s and 1990s benefiting many learners through staging plays, drama, folk songs, transitional games, and instruments from across different cultures.

“At that stage, learners could appreciate the diverse cultures in our country, learn to respect one another, and also understand how things are done in different areas, this all ceased. And who is to blame? Partly we can blame the people whose mandate is to do this. Many talents were groomed from such arrangement to feed into the then-booming performing sector,” he adds.

Nuwa Wamala Nnyanzi, a visual artist and the chairperson of the National Arts And Cultural Crafts Association of Uganda, blames the dormancy of UNCC on its leadership, which he says is not innovative and creative enough to fulfill the agency’s mandate and make the institution self-sustaining.

Nnyanzi, who is also a former culture minister in the Buganda Kingdom, adds that due to the lack of understanding of what culture entails and the kind of potential it has, with time UNCC officials have ended up reducing themselves to custodians of the Center

The visual artist, however, apportions blame on the government which he says has not shown interest in preserving, promoting, and marketing culture. “With a vacuum in the institutional framework the sector has been left in the hands of individuals, which gave rise to the “so-called elite” Ugandans who are more interested in foreign cultures and despise their own culture. In the end elites adopt other cultures without even an attempt to domestic them,” he adds.

Jack Sserunkuma, a veteran theatre practitioner, says that ever since the creative and performing arts industry experienced a boom in the 1990s, it has largely remained informal and isolated with UNCC lowering its status to managing National Theater as a building by collecting rent and parking fees instead of promoting art and culture.

Sserunkuma adds that, besides controlling national theatre, the body with other actors, has practically extinguished the once-thriving Nommo gallery. The largest difficulty, according to him, is that the government is now picking persons to lead UNCC, who have no idea how the sector operates.

Serunkuuma is dismayed that the manager at UNCC does not have programs to sustain artists and ensure that the center is sufficiently utilized by people in the arts and culture industry. He referred the COVID-19 lockdown, which he says affected artists just like many other people but the leadership of UNCC didn’t present and conduct any activity to revamp the center.

Sserukuma says the failure of UNCC management to plan for and work collaboratively with artists has left them to struggle to find space and operate at the National Theatre.

Sserunkuuma says that during the COVID-19 lockdown, artists too were hit hard but it is so disappointing that since the economy was reopened, the management of UNCC has not had any program intended to rejuvenate the center and attract even the little audience back.

In an attempt to revitalize Arts and culture, performing artists under the Uganda Theatre Practitioners have since petitioned parliament to intervene and investigate what is described as rot going on in UNCC such that the center can be jump-started.

Kiyimba Musisi, the Director of The Planets Troupe, who is also a board member of UNCC in charge of culture agrees that the statutory body is no longer vibrant as it used to be. He, however, notes that the body is a victim of several factors many of which, are beyond the control of the current leadership.

“People can’t tell what’s going on inside when they’re outside. UNCC is doing everything it can to fulfill its purpose, but obstacles such as limited resources and conflicts between various actors opposing every single move made, among others, are hindering our progress,” says Musisi.

Edwin Mukalazi, a Production Manager at UNCC also attempts to put up a defense, saying despite the weakness in the past, numerous efforts to revamp the institution and arts and culture as a whole have been made in the previous years.

Mukalazi notes that before the lockdown, the UNCC leadership had started organizing regional cultural festivals on top of rejuvenating school festivals as a move to expand their reach out of Kampala. He adds that with limited space for different art and cultural activities, the agency has been looking at partnering with traditional and cultural institutions across the country to promote culture and performing arts in those respective areas.

Although many are blaming them, the Chairperson Board of Trustees UNCC, Sam Okello-Kelo says they have attempted to undertake sensitization events to promote culture, educate people on the importance of culture, and how arts and culture can be used to better the lives of Ugandans.

Despite the sector’s immense potential, Okello-Kelo, says that it is now beset by two major issues: the informality of the business and a lack of funding to carry out certain tasks. To have a lasting solution and better management of the arts and culture sector, the chairperson says there is a need for a critical policy review so that there are structures that enable UNCC to flow from the Ministry through different channels to the household because Culture defines who we are as Ugandans and our aspirations.