Dorothy Nabunjo has traditionally wedded Xenson in a function that took place in Kitende earlier on.
The duo secretly held their kukyala last year but decided to take things a notch higher with a wedding.

The invitation letter we saw read: “The family of the late Amos Bunjo and the late Rose Nakazzi request the honour of your presence at the traditional wedding of their children Ms Dorothy Nabunjo and Mr Samson Ssenkaaba to be held at Kitende, Sisa (Mazzi cell) on the April 30, 2022.”

Nabunjo is one of the female artiste managers we have in the country and manages Sandra Suubi and Kenneth Mugabi while Ssenkaaba better known as Xenson is a multimedia artist, designer and poet. His works are in many private and public collections including the Scottish Museum in Uganda, Niger, Burkina Faso, Kenya, Tanzania, Rwanda, Germany, the UK, Netherlands, Brazil, Argentina, France, USA and Canada.

Xenson is a founding member of Cream de la Mode Africaine, an association of designers from 10 African countries seeking to promote African fashion, textiles and fabrics on the continent and overseas and also the co-founder of Ugandan Hip Hop Foundation, an association that empowers the youth through urban culture and hip-hop music. He designs clothes for his Art for Wear fashion label “Xenson” inspired by African cultures, craftsmanship and authenticity. He has unveiled fashion collections such as “Baroque Afrique,” “Futuristic Past,” and “Afro Goth.” 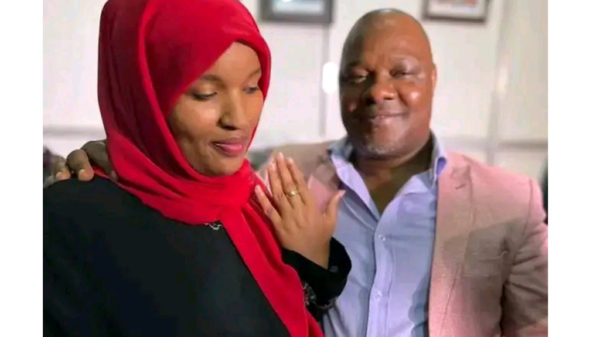