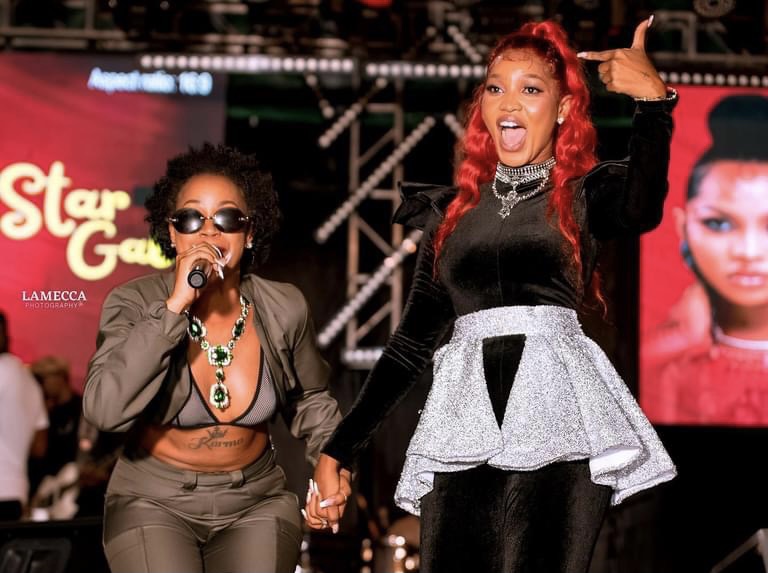 It has been said that Sheebah Karungi and Spice Diana have not been seeing eye to eye for some time now. All these rumors were put to rest when the self-proclaimed ‘Queen Karma’ attended Spice Diana’s EP release Party Cubana Lounge in Munyonyo.

Sheebah was among the invited guests at the party along with other artistes including Juliana and Winnie Nwagi.

Midway through her performance, Spice called on Sheebah on stage and thanked her for honouring her invite. She also admitted that the former Obsessions dancer is one of her mentors in the music business.

“This is amazing. I invited her and she accepted my invitation. I took it as a joke because many artistes are busy but I can’t take this for granted. This is a dream come true. Let me tell you guys. She is one of my mentors. Even if the negative media has been trying to spoil that,” Spice Diana said with Sheeba next to her. “Thank you for changing the industry and thank you for honouring my invitation.” She added.