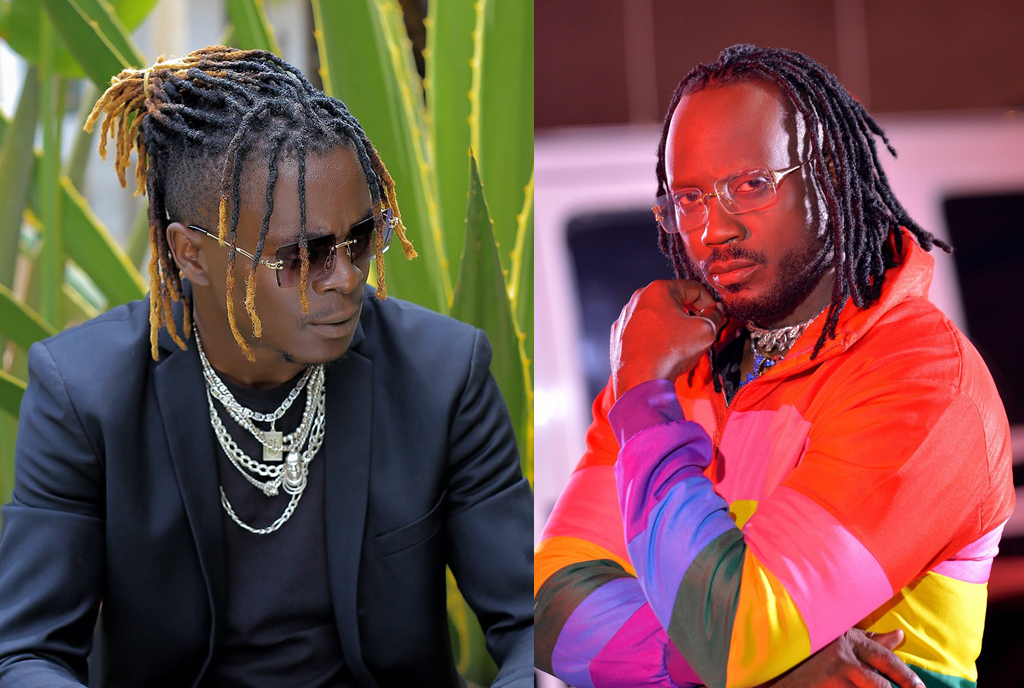 This didn’t go down well with King Saha and since then, the beef between the two seems to escalate every other day.

During the lockdown, the pair seemed to have ceased fire and we thought all was well between the two. However, their beef was re-ignited recently when Bebe trashed King Saha’s leadership skills and capabilities after he declared his intention to run for Uganda Musician Association (UMA) presidency.

Bebe Cool went ahead and held a presser in which he declared his full support for Cindy. With this move, King Saha hit producer Nessim’s studio and recorded a song titled ‘Zakayo’, in which he attacks Bebe Cool.

The artwork of the song depicts Bebe’s image, but with a Chimpanzee face. After this move, King Saha came out and claimed that Bebe Cool is ill and is battling a disease called “Sahaciosis”.

King Saha claimed this while responding to a question concerning his fallout with Bebe Cool. He hinted that Bebe has suffered from the illness for more than a year now.

Saha says that he is the only one with the cure to Bebe’s ailment and that the disease can kill if the symptoms persist.