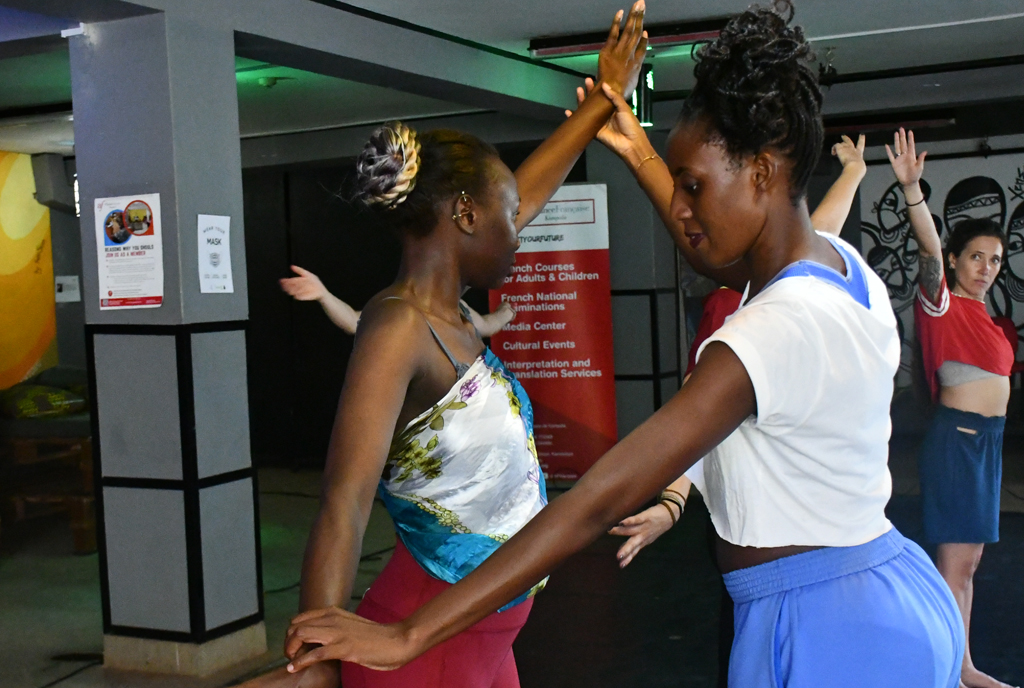 She grew up seeing her relatives continuously throw lemons at her elder sister. Her sister was not naughty and this is what caused Lilian Maximilian Nabaggala pain.

Her sister was being isolated because her skin complexion was darker compared to that of her siblings. At a tender age, ideas of artistic expression were born. Nabaggala’s father took her along to balling dance, an art form that she now uses to tackle the ill of skin bleaching among women.

Aptly, she is using the lemons cast at her sister to make lemonade. Dance is the poison. With her short film titled Faded, Nabaggala reaches out with a pan-African message that authenticity to oneself is a major step towards self-love, identity, awareness, and self-esteem.

In the movie, the multidisciplinary artist takes us through the motion of a happy woman who chooses to fade her stunning dark skin complexion for a lighter shade that degenerates it into lost beauty as it peels away.

The actress is seen to break down into disillusionment at the sight of her reflection in the mirror. Her beauty is gone, faded like the winds that blow through the dress she has adorned.

Nabaggala had shelved the idea of the short film for one and a half years, short of funds to execute it until she applied and was given a grant by the Kuonyesha Art Fund.

“The fund eased my work with people I have always wanted to engage without begging them to come on a project for free but professionally hire them. I needed people to feel what I felt because that skin peeling, for me, speaks volumes because it is about someone losing an original part of themselves,” she explains.

The artist is an experimental artist in approach, fascinated by crazy ideas.

“I like daring myself. I enjoy connecting my artistry with my heritage and identity,” she further explains.

Her other finding during the research, which inspired her further, was a documentary she watched about a Ghanaian beautician who has a bathtub where she mixes what she says are skincare products but are chemicals.

Her clients pay to sleep in the bathtub until their skin to neck level is dissolved in chemicals for about 30 minutes after which she gets a spatula and peels off the dark pigment of their skins.

“When I watched the documentary, it was saddening, irritating and painful but the person whose skin was being peeled off was comfortable. As an artist, I felt she was giving away part of who she was. They peeled off all her dark pigmentation to become light and there were chemicals she had to keep applying to maintain the light skin complexion,” she says.

Before she embarked on the film project, Nabaggala undertook research that led her to the Uganda Cancer Institute where she found many people suffering from skin cancer because of bleaching their skins.

Prior to that, she witnessed a fellow student, in high school, use a detergent to lighten her skin. Every evening, the student would ask the school kitchen to provide her with hot water in a flask.

Out of curiosity, fellow students tiptoed on her only to find her using the hot water mixed with the detergent to scrub her skin.

Downtown, there are shopping malls where the artist has observed beauty products sold as skin toning jellies but are skin lighting products, with hydroquinone, a skin-lightening agent. According to Health Everyday platform, hydroquinone has side effects such as cracking, bleeding, skin discolouration, especially if you are Hispanic or African American).

Nabaggala’s elder sister moved to United Kingdom out of fear that her relatives were ready to use her for sacrificial purposes. The artist says communities need to curb such tendencies by socially accepting children for who they are, no matter the colour of their skin.

For now, and the future, Nabaggala would like to keep evolving and daring to do more to right the wrongs in communities within which she practices her art.

When not dancing, she uses her skill set in creativity, wardrobe styling and make-up artistry that she applies in dance pieces, adverts, television commercials and billboards.