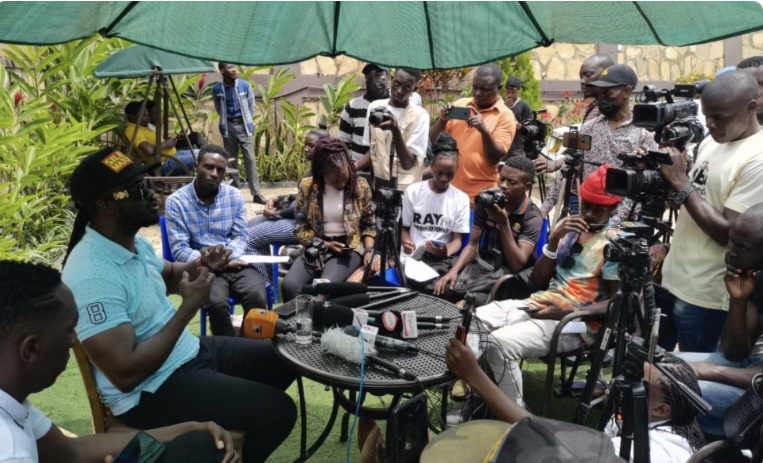 A couple of weeks back, Bebe Cool came out and said both Cindy and King Saha are not fit to stand for UMA Presidency.

“I don’t think any of the people that have picked the nomination forms are fit for the position. Cindy has been in that position but she has failed to unite the musicians. The problem with her is that she can’t accommodate opposition. If you don’t agree with her, then you’re bound to face challenges with her,” he said about Cindy adding that Saha on the other hand falls short because of his behaviors.

He however also added that should another artiste fail to show up for this position, he will vote Cindy because he’s sure that she can learn and change unlike Saha.

After it emerged that the two are the leading candidates after the withdrawal of Maurice Kirya who Bebe Cool had endorsed in the first place while another candidate known as Ramathan Mutebi aka Lord Bitemu doesn’t stand any chance, the Gagamel boss has today decided to endorse Cindy.

In a press briefing at his home in Kiwatule, Bebe has withdrawn his earlier statements saying that Cindy is a visionary leader after having a conversation with her.

“I had a conversation with Cindy & I realized she is a visionary leader. Leadership requires a lot of humility & understanding. I advised her to create a relationship with the younger artists coz they are the future leaders & flag bearers of this industry,” said Bebe Cool.

He added that since Cindy is the incumbent, she is the right person to continue in office so as to accomplish and consolidate UMA goals. “Cindy has done an incredible job with her team. Finally UMA is now recognised by all the important stakeholders in the country. Musicians must give her the mandate to accomplish the job she started. She is my candidate, no doubt. “Being president involves constant lobbying, interacting with the different stakeholders that include government. We need a president who can speak English for starters. I only see Cindy as the right candidate.” he concluded.